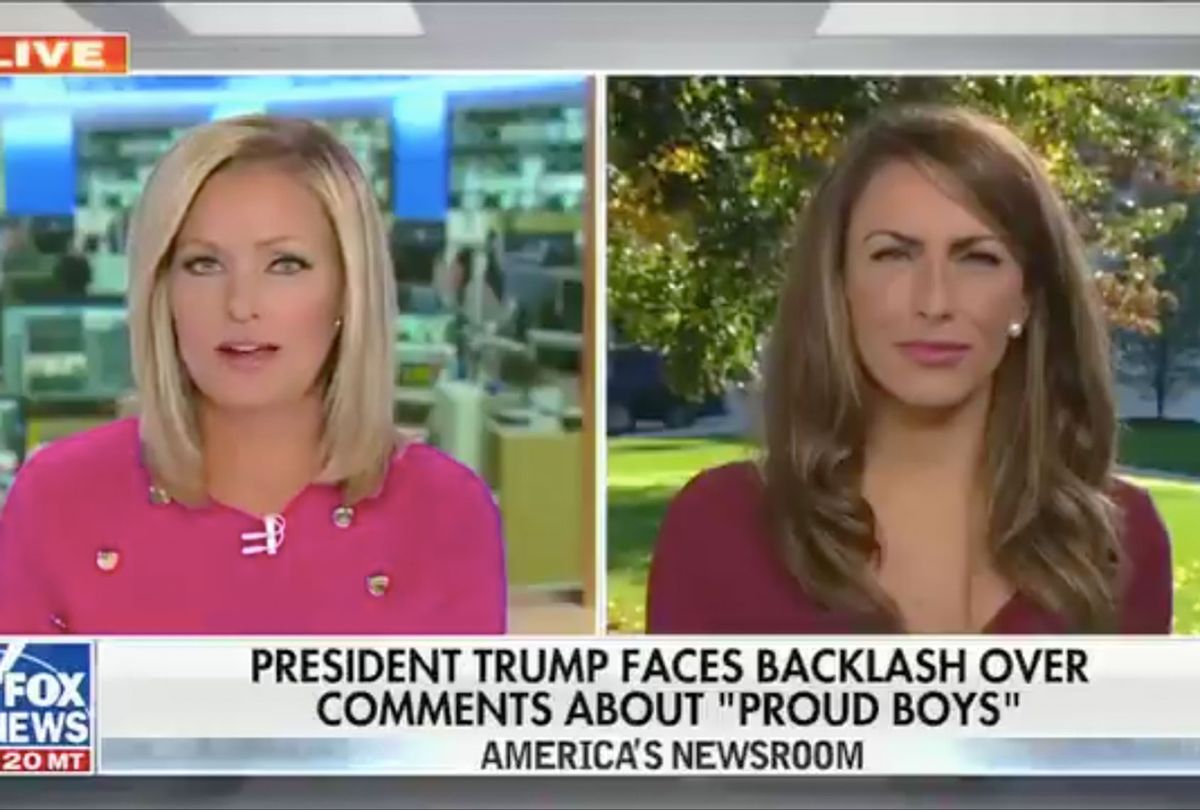 President Donald Trump's request that the far-right Proud Boys group "stand back and stand by" is drawing heavy criticism, especially because the group itself is openly celebrating the president's remark as an explicit endorsement.

Fox News host Sandra Smith on Wednesday grilled White House spokeswoman Alyssa Farah about what the president meant and asked her if she wanted to walk back any of his statements.

"The president saying, 'Proud Boys, stand back and stand by', does the White House or the president want to clarify or explain what he meant by that, because they're celebrating it, the group," she said.

"I don't think there's anything to clarify," Farah replied. "He's told them to stand back. This president has surged federal resources when violent crime surges in cities. He's leading — he doesn't need any sort of vigilantism!"

In fact, Trump has egged on right-wing vigilantes in the past, and last month even defended teenager Kyle Rittenhouse, who has been arrested for murdering two Black Lives Matter demonstrators.