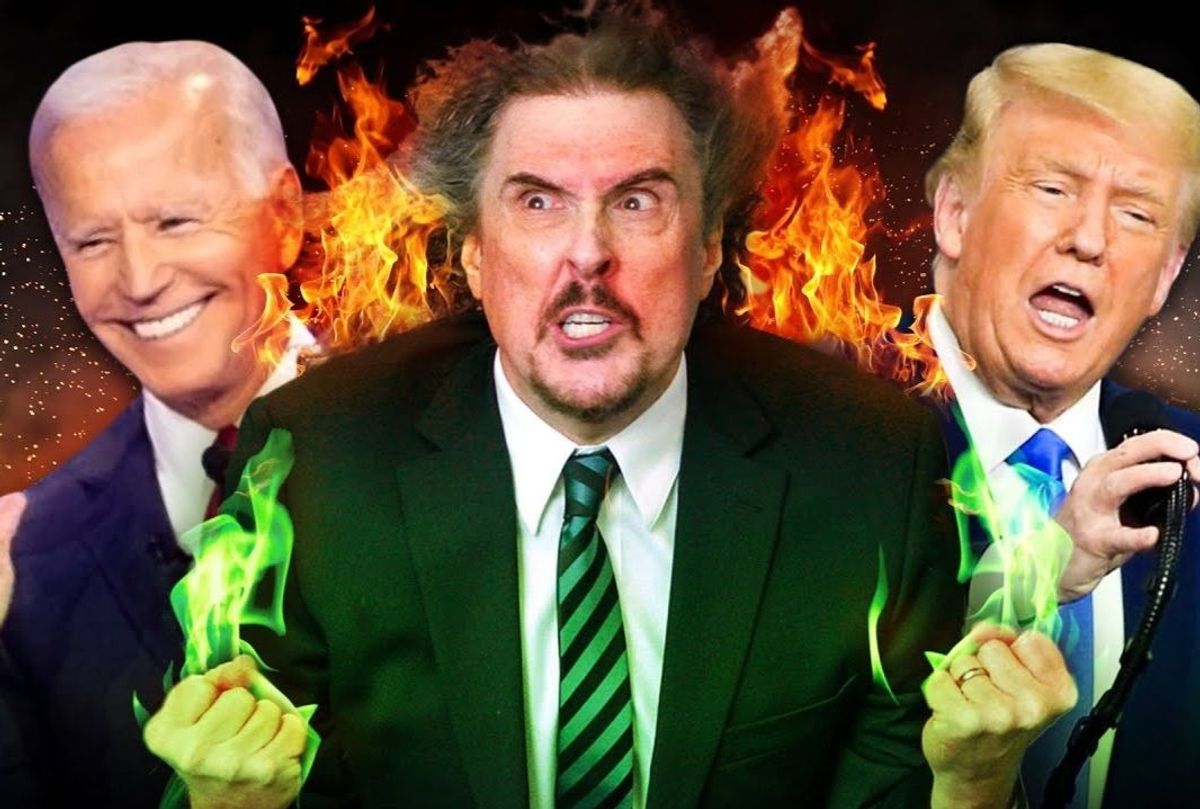 "Weird Al" Yankovic teamed up with the Gregory Brothers for a comedic musical take on Tuesday night's presidential debate between Donald Trump and Joe Biden with their video for the song "We're All Doomed." Yankovic and the Gregory Brothers' satirical rendering accurately summed up the general consensus following the debate: "We're all doomed," Yankovic yells hysterically following a guttural scream to open the clip.

The visual finds Yankovic stepping in for Chris Wallace to portray the moderator. He scats, mirroring some of the nonsensical responses that ensued during the event before getting to some topical questions.

Read more from Rolling Stone: In defending Hunter, Biden showed us his potential

"2020's a raging hellscape," he sings while asking the first question. "Any ideas on how to stop a worldwide plague?" Yankovic also addresses the economy, the Supreme Court and climate change as the candidates' words are turned into auto-tuned, sung responses.

Next month, Yankovic collaborator Jon Schwartz will release his new book, "Black & White & Weird All Over: The Lost Photographs of 'Weird Al' Yankovic '83 – '86," which features never-before-seen black-and-white images that he took of Yankovic in video sets and recording studios during the artist's rise into the mainstream. The pair recently shared 16 photographs from the upcoming book and discussed their back-stories with Rolling Stone.