Trump and Biden exchanged words over climate change on Tuesday night. How many of them were accurate? 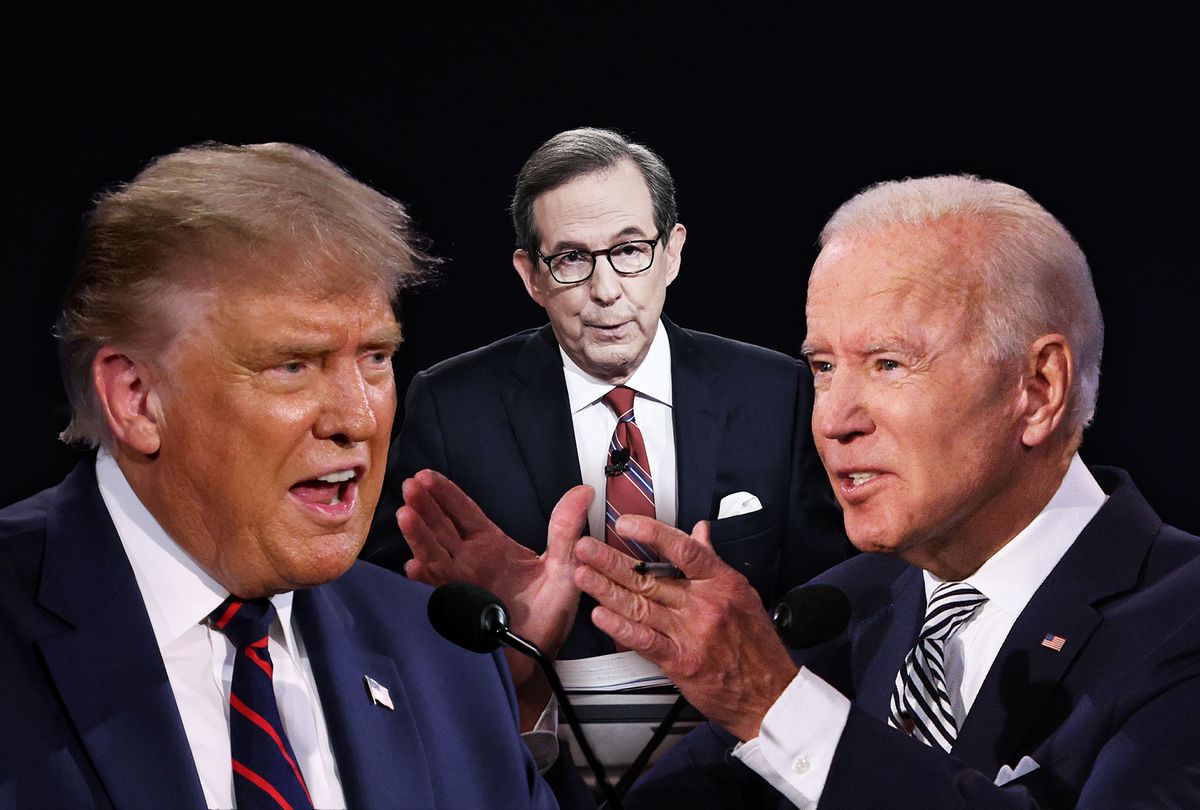 If climate had been your drinking game Tuesday night during the first presidential debate, you would have stayed pretty much sober until the last half hour, when Biden slipped a mention into Trump's screed about how Democrats would ruin the suburbs. "They're being flooded," he said. "They're being burned out." That, he said, is what's killing the suburbs.

Shortly after that, the booze (or in my case the Athletic Brewing Company non-alcoholic IPA) would've flowed freely. With roughly a half hour to go, Fox News anchor Chris Wallace departed from his official topic list and asked the president whether he believed the climate was changing and humans were causing it. The 10 minutes that followed were as garbled as the rest of the night's words, but a few ideas could be teased out. The good news: One candidate fully acknowledges the science of climate change; the other at least grudgingly acknowledged humans are causing it ("to some extent," Trump said). The bad: Not even Biden said he'll commit to the dramatic action it would take to reverse course.

Trump said he wants "crystal clear water and air," and believes "we have to do everything we can to have immaculate air, immaculate water." An analysis by the New York Times in July, based on academic research, counted 19 air pollution regulations the administration had rolled back and reversed, and four pertaining to water pollution. Trump also said that the Obama administration's Clean Power Plan, an effort to reduce greenhouse gas emissions from electricity production, "was driving energy prices through the sky." That claim is based on a study commissioned by the coal industry. But it was hypothetical at best: The Energy Information Administration thought that electricity prices might rise at first under the plan but decrease later; the U.S. Environmental Protection Agency estimated that the plan would cause energy costs to fall by 2030.

"We now have the lowest carbon if you look at our numbers right now," Trump said.It's hard to know what numbers the president is referring to when he talks about carbon, and what "lowest" means, as he offered no basis for comparison. It's true that greenhouse gas emissions nationwide have dropped by 10 percent during the COVID-19 lockdown, according to the Climate Action Tracker, an independent scientific consortium. But the decline has nothing to do with Trump's environmental policies.

Trump talked about planting a "billion trees project, and it's very exciting." In his 2020 State of the Union speech Trump did talk about a "trillion trees" initiative, "an ambitious effort to bring together government and the private sector to plant new trees in America and all around the world." And there is in fact a World Economic Forum initiative that is bringing together governments and the private sector toward the trillion tree goal, both internationally and in the U.S. It is unclear, however, to what "billion trees project" Trump was referring.

Wallace got Trump to admit that "human pollution of greenhouse gas emissions contributes to global warming." But only briefly before Trump started in again on how California needs to manage its forests like the "forest cities" of Europe. This, despite the fact that the federal government manages more than half of California's forests.

Biden says he was "able to bring down the cost of renewable energy to cheaper than or as cheap as coal and gas and oil" due to the American Recovery and Reinvestment Act (ARRA) of 2009. It's true the cost of solar energy, in particular, plummeted during the Obama years. But that has more to do with China's light speed ramp-up of conventional solar photovoltaic panel production and very little to do with the recovery act. Although $21 billion in ARRA funds went to renewable energy, many of the solar projects that ARRA supported, such as the Ivanpah Solar Electric Generating Station on California's border with Nevada, use other technologies that have done little to lower the cost of a solar kilowatt hour. The administration also enthusiastically backed natural gas.

Biden was right, though, when he claimed that weatherizing buildings will create "thousands and thousands of jobs." According to a report by Environmental Entrepreneurs, energy efficiency jobs grew by 76,000 in 2018, and nationwide the field "employs twice the number of workers" than the fossil-fuel industry does. Since buildings that lose energy lose money for everybody, that trend is not likely to reverse no matter who's in office.

The Green New Deal: Was Biden for it or not? At first Biden suggested that the Green New Deal would pay for itself "as we move forward," a claim experts I've talked to support. (The cost of doing nothing is much, much higher.) Later when Trump pressed him on it, he said he was talking about "the Biden plan," not "what [Trump] calls the 'radical Green New Deal.'" Disappointing, but maybe not significant. Just a sign for climate activists that, even if Biden wins, the work isn't over on November 3. In the end, tweeted Jamie Henn, co-founder of 350.org and director of Fossil Free Media, it doesn't matter how Biden feels about the Green New Deal. "Because we're going to get him to pass it anyway."