The audacity of Hope Hicks and her boss getting COVID-19

Trump has become infected with the horrific virus he has been denying, deflecting, distorting and dismissing 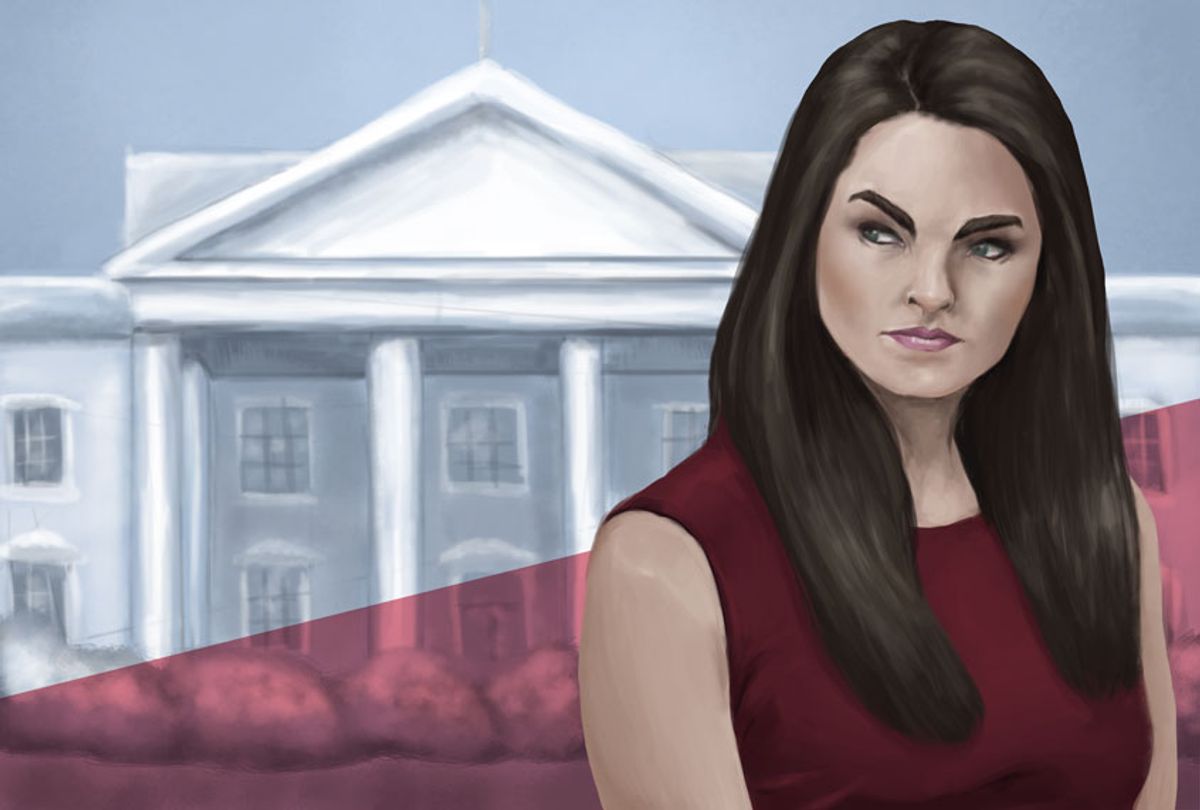 One of the time-honored principles of American politics goes like this:

"If your opponent is digging a hole, hand him a shovel."

This is a punchier update of a creed attributed to Napoleon Bonaparte, a much smaller and smarter version of Donald Trump from the early 19th century, who said, "Never interfere with an enemy while he's in the process of destroying himself."

These words matter greatly today. Donald Trump is on the ropes and his situation just got much more dire yesterday, when on the First of October the nation got smacked with its first October surprise. That might seem comically ironic–it is Trump, after all, who has been counting upon jarring last-minute shocks to rescue his sinking political ship–but it's much more important for the Trump resistance to recognize the peril of this moment.

Hand Donald Trump a shovel. Don't hit him with it.

Yes, Donald Trump has become infected with the horrific virus he has been denying, deflecting, distorting and dismissing while it has ravaged 7.31 million of the Americans he is sworn to protect. And yes, though Trump is the most powerful man in the world, it is medically out of his hands whether he joins the list of the 208,000 Americans who have died in half a year on his watch.

The same applies to his wife, First Lady Melania Trump, his family, his closest advisers like young Hope Hicks and the thousands of loyal supporters who may well have had their own lives endangered as unwitting extras in "The Hoax," Trump's most recent Reality TV hit. The show has invoked Trump's greatest fear: Bad ratings about to lead to a cancellation.

Social media exploded with gleeful and unforgiving reaction among Trump's opposition, roughly as would have been the case–from the opposite side–had former Vice President and his wife and aides been the ones diagnosed with COVID. Some will say that's a false equivalency, but that doesn't matter.

What matters is this: The November 3 election is still very much up for grabs. Like it or not, the future of democracy–and the world–may well rest in the hands of a small number of Americans who almost inexplicably remain "undecided" about the choice between Trump and Biden.

Even more significant, it is critical to remember this is not a national election: It's 50 state elections and almost but a small handful of those states are not even remotely in play. Translation: A tiny proportion of the nation's population in a tiny minority of its states may well decide the outcome.

In the context of the Trumps getting COVID, it is essential that people pay attention to this: By definition, undecided voters respond to behaviors and personalities, not issues. If they were ideological people, they wouldn't be undecided.

These critical voters will be paying far more attention to politics and the presidency now that Trump has COVID and the election looms less than 800 hours away. I'm going to take a wild guess that these curiously pliable voters care a lot about what they see.

Less is more for the Trump resistance right now. "We told you so" and "How much of a hoax is COVID now?" might make for delightfully satisfying Tweets and memes. But they are lousy campaign slogans for people in the middle.

Trump will not handle this situation well. Democrats and others in the Trump resistance need to allow him to cook in his own stew, to mishandle and distort his plight. He'll dig his hole further. Left alone, he'll continue to destroy himself.

A person infected with COVID-19 has been placed in a weak and scary place by a deadly pandemic virus that has claimed more than a million souls right now. Trump' narcissistic psychosis doesn't do "weak and scary," at least not in public view.

His problem is worsened every time Trump University medical grad Scotty Atlas opens his moronic mouth. Rest assured, Atlas is about as likely to be tending to Trump medically as the White House cleaning crew.

But public displays of his abject stupidity should be welcome with open arms. Also unhelpful to Trump–in the view of the undecided–is the sad sight of a young woman like Hicks paying a price for her loyalty to a self-absorbed, mask-bashing president.

This is a time to let Trump do the talking. Any perceived snark or end-zone celebrations among his opponents can be toxic. Why? Because the undecided voters absorb behaviors and personalities, not issues. If they were ideological, they wouldn't be undecided.

That said, issues still matter for the Democrats to hold their lead and continue to focus with much intensity on vast voter turnout and amassing a legal army to protect the integrity of the election. That means talking less about Trump while he's quarantined and more about health care, COVID, kitchen-table economics and the health of our planet.

Donald Trump? He's not all that special.