Serenity now: Shepard Smith returns as the calm eye of the misery cyclone of news

No longer having to fight the propagandists at his own network, the new CNBC anchor let his even-keeled flag fly 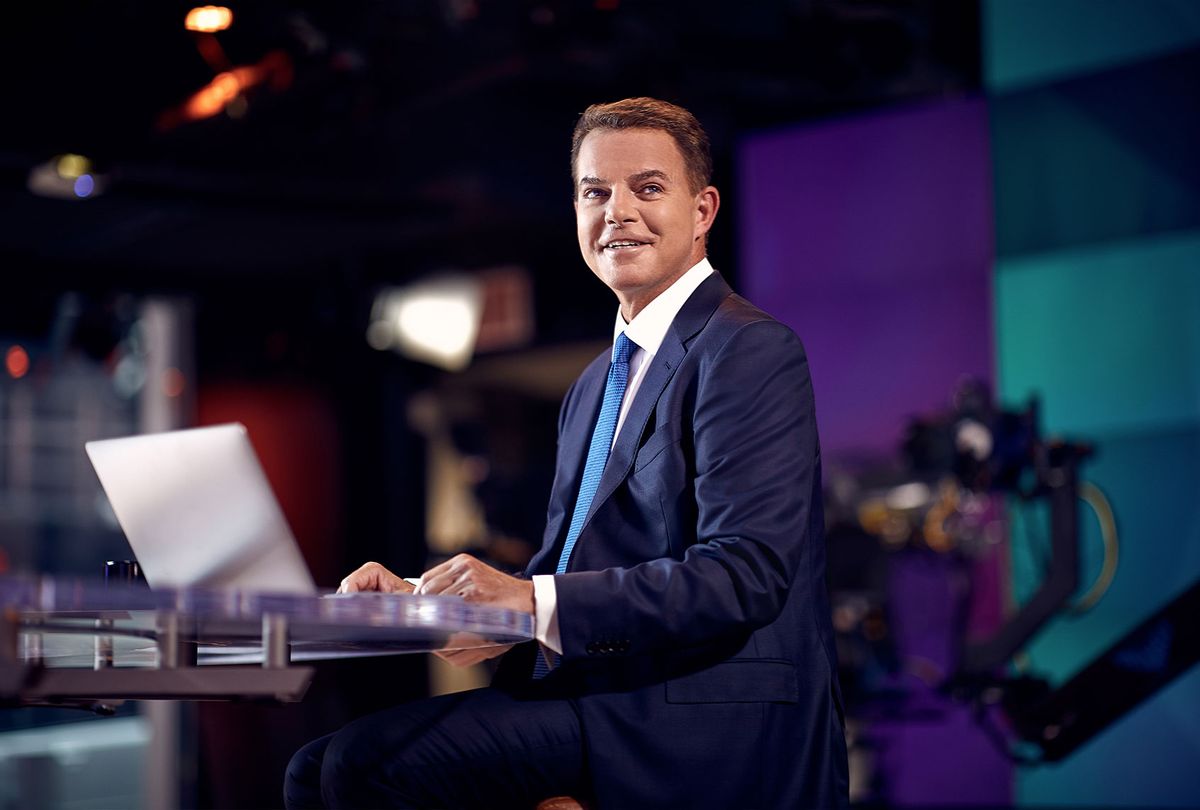 Chaotic weeks call for . . . hiding from live TV news using all available means and methods, frankly. The information cycle was upgraded into a misery cyclone this week, much of it manufactured by partisan cable news outlets to prop up ratings.

That makes it as fine a time as any for Shepard Smith to return to cable news, this time on CNBC.  "The News with Shepard Smith" bowed on Wednesday, not quite 24 hours after a purported debate that had all the civic worth of a noxious chemical spill on a four-lane highway.

Smith has been making his rounds to promote his new series on CNBC and to nobody's surprise, his debut was silken. That's to be expected after nearly a year away from Fox News Channel; when you've worked at a place for 23 years and under one of the most repugnant figures in American media, a sustained amount of detoxification is surely required. (My impression, not his; when Roger Ailes was still alive, Smith had nothing but pleasant and appreciative insights to offer about his boss on the record.)

However, if you're curious to see what an anchor looks like when he's finally free of the invisible tonnage he carried on his shoulders for years, check out Smith's new series.  No longer obligated to fly the flag of journalistic integrity on a network that crushed that concept in a compactor eons ago, Smith looks downright serene.

"I'm Shepard Smith on CNBC. This is the news," he boomed in his Thursday night intro, a no-frills entrance into rounding up the day's headlines, yet delivered with a note of cheer that wasn't present in his waning months with Fox, a period marked with spats between himself and that network's primetime propagandists, namely Tucker Carlson.

CNBC has not thrived in the ratings for many a moon, and Smith's arrival won't change that overnight. The Wednesday debut of "The News with Shepard Smith" attracted an average of 373,000 viewers in its hour, and averaged of 56,000 viewers in 25 to 54 demographic, the primary demographic target for news programming. According to the network, those numbers represent a better performance than the previous timeslot holder, and I couldn't honestly tell you what that was.

This is precisely why Smith's CNBC debut is well-timed.  Appearing as he did in a week marked by an escalating sense of disaster, Smith's presence at his new desk means cable news viewers have a place to level out, receive information and not come under attack by bickering partisans. MSNBC's mainstays will get more attention; sure enough, when news that Donald Trump was being airlifted to Walter Reed Medical Center after testing positive for COVID-19 and displaying symptoms, the MSNBC brass called upon Brian Williams to offer florid narration of the moment.

Smith's strength is in speaking plainly – he doesn't do hyperbole. When he unexpectedly signed off in October 2019, his parting words weren't an act of bridge-burning but aspiration: "Even in our currently polarized nation it is my hope that the facts will win the day, that the truth will always matter, that journalism and journalists will thrive."

OK, so there was a bit of shade in there – he offered that wish into Fox News' cameras, remember. Before this week Smith spent more than two decades at Fox and the fact that he made headlines in his final years for stating facts, indicates how far into right wing fantasyland the place has gone.

Smith rarely if ever said anything negative about his old employer, but even as far back as the midterm elections, you could see the weariness prickling through his calm exterior.

When he serenely informed Fox viewers that the so-called "migrant caravans" heading northward from Central America to the U.S.-Mexico posed no threat, and that Donald Trump's ordering the military to the border was an empty ploy, the media world was agog. Meanwhile, if the look on his face had its own translator it would say something along the lines of, "I can't believe I have to say this on camera."

Returning on Thursday, when he struck a balance between seriousness and levity as coverage explored the economic uncertainties facing families whose breadwinners have been laid off or updated viewers on the wildfires ravaging the West Coast, he plied the signature empathy that served him well during his own location coverage in past national disasters.

Friday's coverage of Trump's evolving health status following Thursday night's report that he and the First Lady Melania Trump tested positive for COVID-19  showed Smith regaining his breaking news stride – again, from an even-keeled state instead of having to project calm from the heart of "Hannity" country.

But I'm also reminded of when I was tasked with analyzing coverage 15 years ago during Hurricane Katrina, when Smith was among the few on-camera personalities to display empathy and careful reporting while too many other reporters from across every network were all too happy to be caught in the net of partisanship. Smith's record isn't perfect; nobody's is.

I recall noting back then that if there were any Fox name-brand journalist who could successfully transition from that network to a traditional news outlet, it would be him.  It is strange to watch these first three telecasts of "The News with Shepard Smith" and marvel at the show's overall sobriety. That says a lot about the frazzled state we find ourselves in and the state of anchored newscasts generally.

The fact that Smith's mere presence places CNBC back on the media radar indicates how much rebuilding is ahead for the network, and I'd wager his duties will quickly expand as we draw nearer to an election that promises to test the nation to its soul. An early view of "The News" shows it to be a plain-dealing news destination – and in a roiling breaking news ecosystem, that has value.

"The News with Shepard Smith" airs weeknights at 7 p.m. ET on CNBC.