Donald Trump Jr. "wants to stage an intervention" because he thinks his dad's "acting crazy": report

Who is standing in his way? Ivanka Trump and Jared Kushner "keep telling" the president "how great he’s doing" 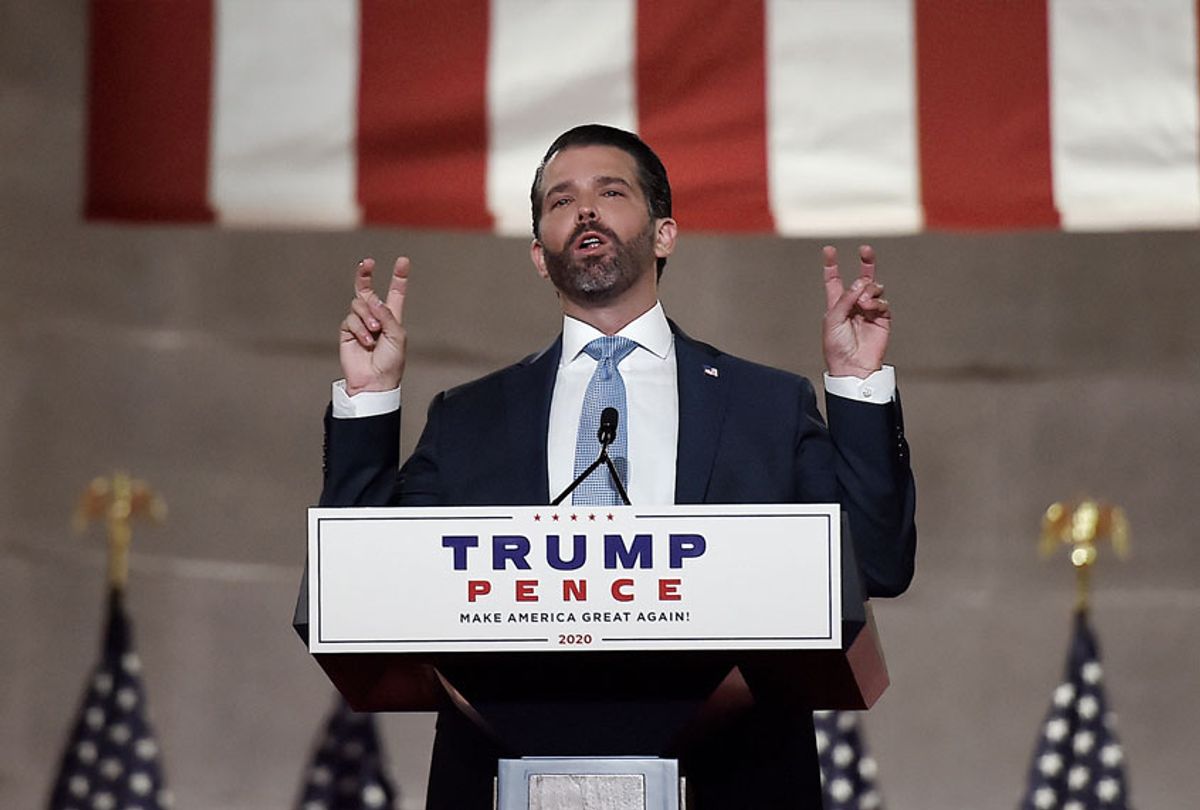 President Donald Trump's hospital joyride and his manic Monday-morning tweets aren't just being panned by political pundits — they're also reportedly freaking out some in the president's own family.

According to Vanity Fair's Gabriel Sherman, the president's eldest son has been alarmed by his behavior over the past couple of days, in which he's been desperate to project strength while being hospitalized at Walter Reed Memorial Hostpital.

"Don Jr. has said he wants to stage an intervention, but Jared and Ivanka keep telling Trump how great he's doing," one source tells Sherman. "Don said, 'I'm not going to be the only one to tell him he's acting crazy.'"

However, even Jared and Ivanka reportedly agreed with Donald Jr. that the president's Monday morning all-caps tweet storms — which included messages such as "SPACE FORCE. VOTE!" — went way over the edge.

"They're all worried," said one source. "They've tried to get him to stop tweeting."