Donald Trump and Chris Christie checked themselves into hospitals as a "precaution." Regular people can't do that 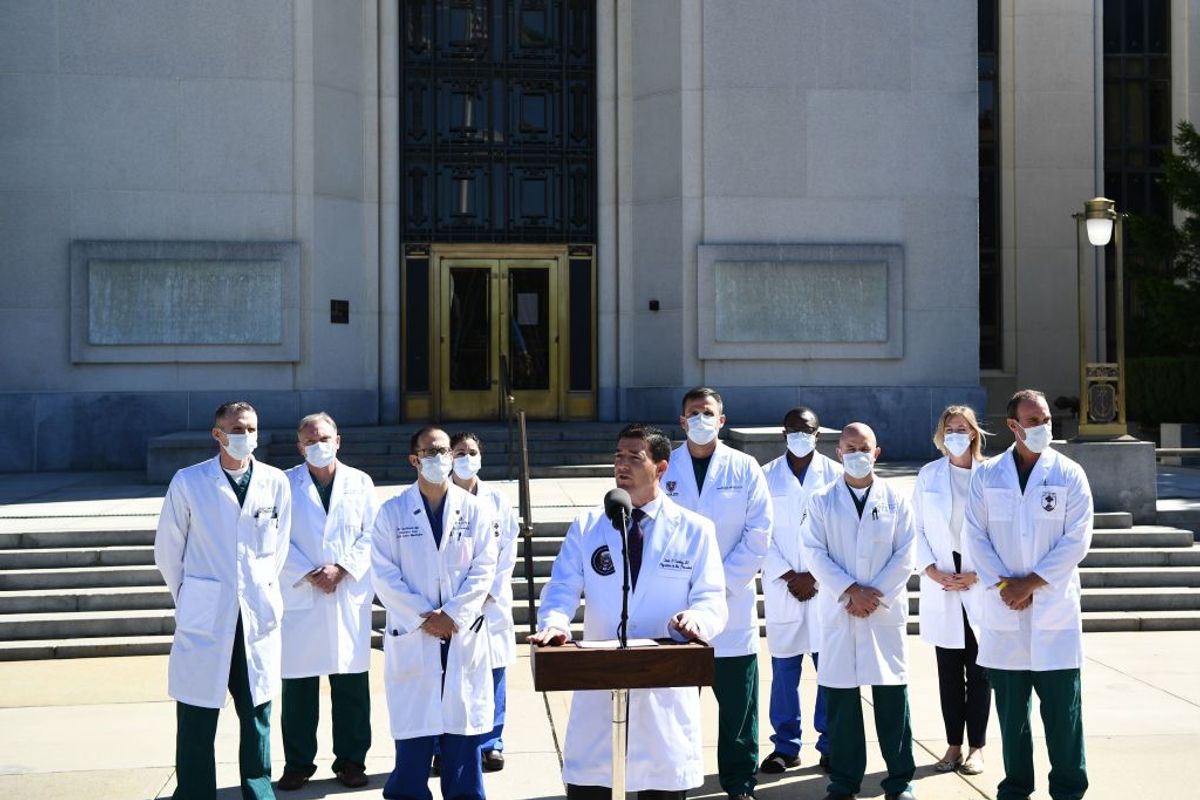 The case for Medicare for All was once again made by the consequences of the coronavirus pandemic, Sen. Ed Markey, D-Mass., tweeted on Sunday, after Republican politicians, including President Trump, were able to check themselves into hospitals shortly after announcing they had tested positive for COVID-19.

Markey noted that throughout the coronavirus pandemic, in which more than 7.4 million cases have been detected and more than 209,000 people in the U.S. have died, people have attempted to get care at hospitals after testing positive and showing worsening symptoms, only to be turned away and "told only to come back when they could not breathe."

"Now politicians are checking into hospitals as a 'precaution.' Healthcare should be a right, not a privilege," Markey wrote. "We need Medicare for All."

The senator's statement came a day after former New Jersey Gov. Chris Christie, a member of the president's debate prep team this past week, announced he was checking himself into Morristown Medical Center after testing positive on Saturday.

"While I am feeling good and only have mild symptoms, due to my history of asthma we decided this is an important precautionary measure," Christie tweeted.

Christie's announcement angered social media users whose own family members had been denied admission at hospitals even as their symptoms grew more severe earlier this year, as medical centers faced severe shortages of personal protective equipment (PPE) — and as the Trump administration seized shipments of the supplies and claimed the federal government was not responsible for ensuring health care workers were equipped to combat the pandemic.

"Mystifying that people think this kind of class system in healthcare is worth fighting to preserve," tweeted journalist Steve Lubetkin.

The details of the president's condition, and how far into the illness he is, remained murky on Sunday after a press conference the previous day in which his physician, Dr. Sean Conley, suggested that Trump had first been diagnosed with COVID-19 last Wednesday, rather than late Thursday night. After Trump on Sunday released a video of himself at Walter Reed Medical Center, where he's been since late Friday, saying he was feeling "much better," his medical team reported that his oxygen levels had dropped to 93%, below normal range and to a level that doctors generally consider a severe case of COVID-19. The president was reportedly given the steroid dexamethasone on Sunday as well as the experimental drug remdesivir. Dexamethasone has been shown to help patients with severe coronavirus cases.

The time and place where Trump contracted the coronavirus is unknown, but the ceremony he hosted last Saturday at the White House to celebrate his nomination of Judge Amy Coney Barrett to the U.S. Supreme Court has been called a "super-spreader" event, after at least eight people who attended have tested positive for COVID-19 in recent days. The White House is reportedly overseeing contact tracing of the event, where more than 100 people gathered both indoors and outdoors, social distancing was not observed, and few people wore face coverings.

On Twitter, journalist Anand Giridharadas summarized the last week in Trump's presidency, during which the New York Times also reported that Trump had paid no taxes at all for 10 of the 15 years preceding his term, and paid just $750 in 2016 and 2017.

"The moral of the story is, he lied to you for months and encouraged you to live recklessly during a pandemic, and when it got to him he received every top tier treatment and medication to ensure his survival while your friends and family died alone," wrote comedian and writer Travon Free. "Remember that on Nov 3rd."