Feeling guilty about wishing Trump ill? Therapists say it's a normal reaction to being disempowered

Schadenfreude towards the president is a "normal" response to those who've been hurt by him, therapists say 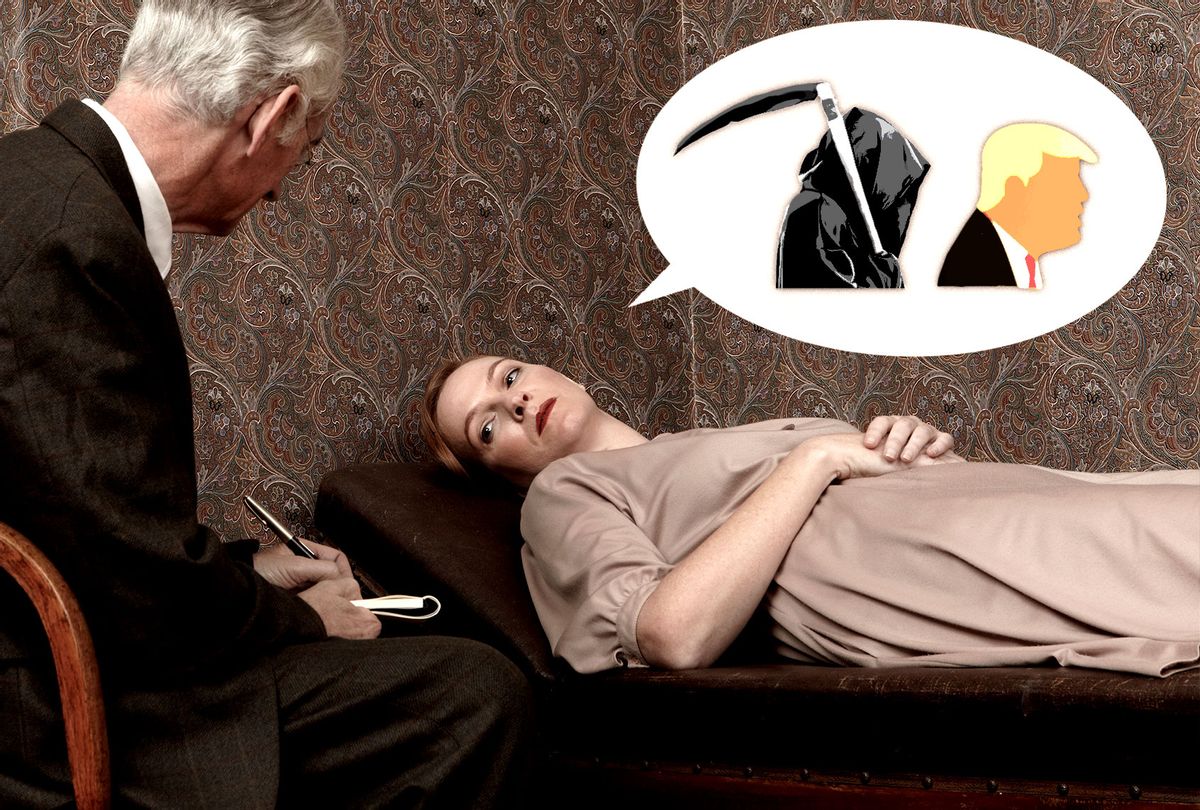 When President Donald Trump tweeted that he tested positive for COVID-19 last week, the internet reacted with a mix of sympathy, shock, and other less savory emotions. The New York Times wished Trump well in the name of American unity. Presidential candidate Joe Biden said he was praying for the "health and safety" of Trump and his family.

Many others struggled to feel sorry for Trump.

As my Midwestern aunt said: "The Christian in me is struggling; I find it very hard to have sympathy for him." She said the calculus of sympathy was affected by Trump's unresponsiveness towards the pandemic and its victims: after months of downplaying the coronavirus — which has taken over 200,000 Americans' lives, ruined the economy, and left millions of people out of work with minimal federal government relief — the news about Trump's health, to my aunt and millions of others, appeared to be karmic retribution; or poetic justice; or maybe just what happens when you don't listen to scientists.

That schadenfreude was, it seems, a common emotion among the public — and also, a rancorous reaction that plagued many with guilt, and sparked discussions over decorum. "There's something downright poetic about the possibility that — after years of being forced to watch Trump's every move on TV — we might be getting to watch him die," Carlos Maza opined on Twitter. Meanwhile, many right-wing pundits and news sites, including Breitbart and the Washington Times, scolded prominent figures who had wished death upon Trump. Twitter itself said it would take down any tweets wishing him death.

Some on Twitter qualified that they don't wish Trump ill; they merely want him to go away, or suffer the consequences of his actions for once. "I don't want Donald Trump to die. I want him to go to jail. Get better soon," wrote author Emma Kennedy.

Various religious texts, including the Bible, promote forgiveness as a pillar of a healthy human existence. Western culture, which draws heavily on Christian notions of morality, is deeply influenced by this notion of forgiveness. Yet many, clearly, find it hard to forgive those who have deeply wronged or hurt us, whether physically or psychologically. That's led to complicated public emotions as we watch Trump grapple with a deadly virus while infecting other people around him.

Hence, many are torn between figuring out the "right" or "wrong way" to respond. Yet therapists tell Salon this could be an opportunity for society to have a bigger conversation around emotional health.

"When we talk about emotions we can have multiple emotions at once and all parts can be true," therapist Amalia Miralrío, LCSW, LMSW, M.Ed, told Salon. "So we can be really happy that he's sick, and we can also hold this value that we don't like to wish ill on people — both parts can be true."

Mel Schwartz, a psychotherapist and author of "The Possibility Principle," told Salon that "either/or thinking" — meaning when we believe something is either right or wrong, or good or bad and there's no nuance in between it — can be harmful.

"In Western culture, our minds have been trained to think reality exists in these two separate compartments," Schwartz said, adding that in therapy he often encourages his clients to reach a point of "authenticity" which involves "complexity." "Authenticity shouldn't be confused with the truth, but authenticity is more about my truth, and my truth should be open to reconsideration and reevaluation, and that's the process I take my clients through."

Schwartz said he's had clients who have struggled with their responses to Trump getting sick, to which he self-disclosed his own process around the situation.

"My first instinct was 'Ah there is a God, how just,'" Schwartz said about when he first learned Trump had the coronavirus. "As heinous as I find [Trump], he was a victim of his father's emotional and psychological tyranny.... then I tried to get in touch with a higher level of compassion and try to find an underbelly here."

Schwartz provided an example of how a person could communicate that they are struggling with having sympathy for Trump, and acknowledging the truth of their emotions.

"A part of me feels good and affirmed that he fell prey to this virus, but do I wish him harm? It's a tough question, I struggle with that, I'd like to say I wish him a recovery because I'd know it would be the right thing or the virtuous thing to do," Schwartz said. He noted that, from politicians on both sides, we only hear these straightforward "right" responses. "We're not genuine in our communication, which requires complexity," he added.

As many experts have pointed out, Trump's leadership behavior mimics that of an emotional abuser — from gaslighting to name-calling to blame-shifting and lying. In a way, there are parallels between the public grappling with complicated emotions around feeling sorry or not feeling sorry (or feeling both) for Trump, and what survivors of abuse can face.

Miralrío said that a reaction of joyful schadenfreude to Trump's COVID-19 diagnosis could be a way for some to reclaim power in an otherwise powerless relationship dynamic.

"It's a way of reclaiming that sense of power, a way of feeling like someone who has exerted abuse of power and control over you and when that person suddenly loses some of that, you feel that you are gaining a greater sense of equality in the dynamic," Miralrío said. "It's normal to have this emotional response when you are feeling really disempowered in a relationship and feeling that someone is actually trying to harm you."

Finally, David Grammer, a Licensed Marriage and Family Therapist said that he doesn't believe people are responsible for their immediate reactions.

"We have our animal instincts that are like 'Take him down,'" Grammer said, adding he wasn't pleased with his own initial response to learning about Trump's diagnosis. "It's more about how we overcome those responses. For me it brought up some work around 'How can I let go of some of my own personal feelings about what he's done?' Because beyond voting, I can't do anything to change his choices and how he's handled things, so it's a bit of letting go of what we can't control."