"So you're saying you think the White House has taken too many risks?" Fox News host Martha MacCallum asked 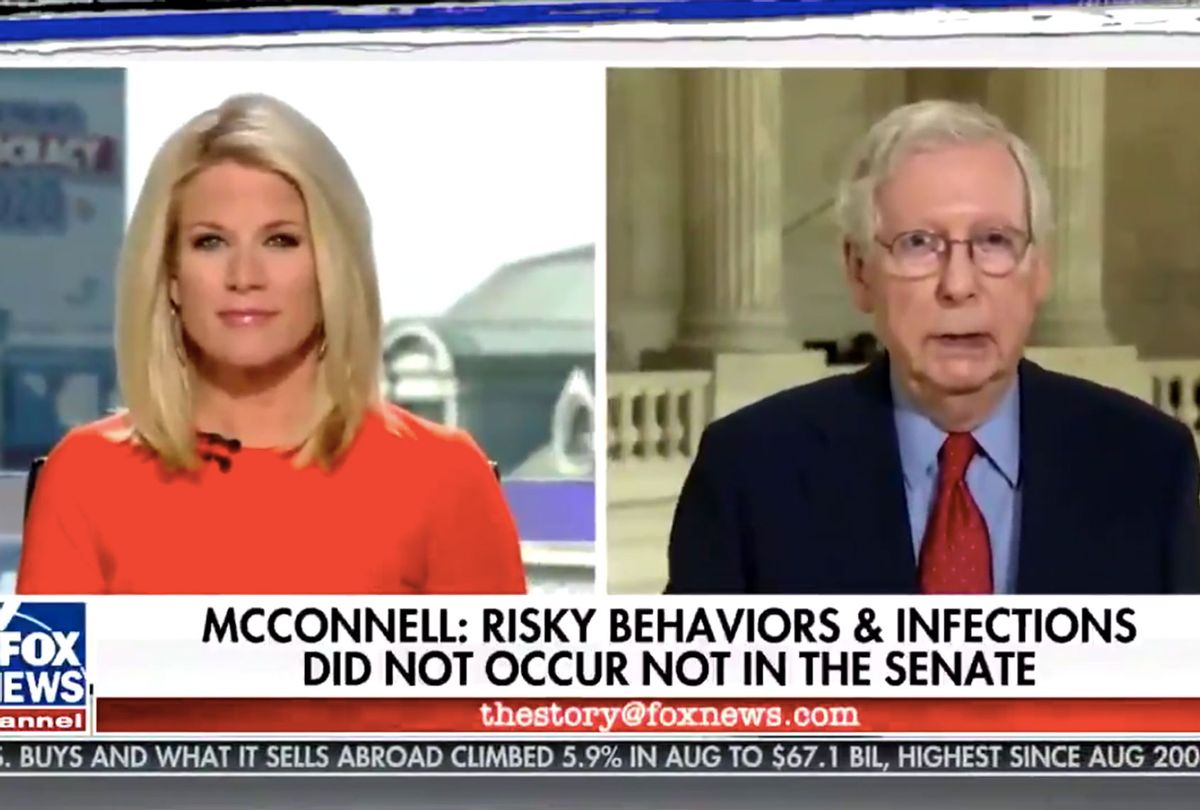 Senate Majority Leader Mitch McConnell weighed in on President Donald Trump's latest antics as he distanced himself from the madness currently taking place at the White House.

While discussing his plan to move forward with the vote on the Senate floor for Supreme Court nominee Amy Coney Barrett, McConnell offered his take on all that has transpired over the last several days.

When asked if he thought the White House was engaging in risky behavior, the Kentucky lawmaker admitted that he did. However, he also insisted Senate Republications bare none of the blame despite many of them attending the Rose Garden event and other public events without masks or social distancing.

"I do think there have been risky behaviors, but not in the Senate," McConnell said. "And this nomination is now in the Senate. We know how to handle this. We've been dealing with this since May, and we'll handle it successfully."

"So you're saying you think the White House has taken too many risks?" Fox News host Martha MacCallum asked.

"Well, there's no question that some of the infections occurred elsewhere and not here," he replied, likely in reference to the Rose Garden superspreader event. He also assured that the Senate would "follow the CDC guidelines and get the job done."

Although McConnell has vowed that Senate Republicans will follow mitigation guidelines from the Centers for Disease Control and Prevention (CDC), history has highlighted the inconsistencies in their efforts to do so. As of Wednesday morning, three Senate Republicans that are in quarantine following positive COVID-19 tests. Sens. Mike Lee, R-Utah, Thom Tillis, R-N.C., and Ron Johnson, R-Wis., have all tested positive for COVID-19 over the last week.

Photos and footage from the Rose Garden event captured Lee and Tillis socializing at the event without masks. Although McConnell is facing multiple COVID challenges as he continues his efforts to move forward with the vote on the Supreme Court nominee, he is still fighting to move forward.

With so many senators battling coronavirus, McConnell may soon end up disregarding the very CDC guidelines he has vowed to abide by just to move forward with his own agenda.