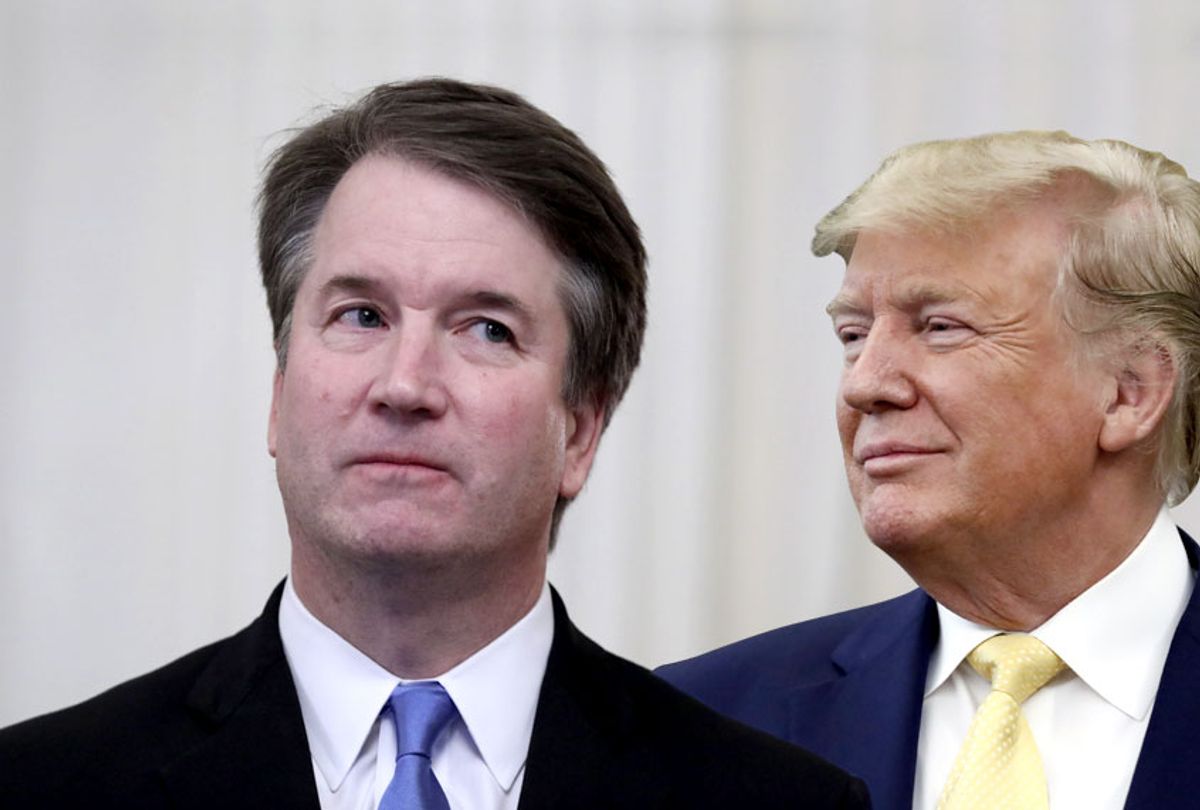 As a union griever, Jason Haynes fought constant battles against employers ever ready to cheat workers out of overtime pay and other hard-earned benefits.

He's also seen firsthand how greedy corporations and their Republican cronies relentlessly erode labor protections at the state and national levels, making it increasingly difficult not only for Americans to organize but for union members to exercise long-held rights.

Now, Haynes fears the addition of anti-worker Judge Amy Coney Barrett to the right-wing-dominated Supreme Court will help the rich tighten their stranglehold on working people.

Donald Trump nominated Barrett to weaponize the nation's most important court against ordinary Americans. Her confirmation would give the court's right-wingers a 6-3 majority. And because she refuses to adhere to precedent, Barrett could provide a crucial vote on cases potentially overturning organizing rights, rolling back labor protections and dealing other setbacks to workers.

"Having her on there is definitely not going to do any favors for labor, that's for sure," observed Haynes, a member of United Steelworkers (USW) Local 6787 who works at ArcelorMittal's Burns Harbor, Indiana, site.

With Senate Majority Leader Mitch McConnell and his GOP minions determined to ram through her confirmation, Barrett appears to have a lock on the vacancy created by Ruth Bader Ginsburg's death.

But while the 48-year-old Barrett may take Ginsburg's seat, she'll never fill her shoes. Ginsburg devoted her career to advancing the interests of women and workers, even as Barrett used her power to tear them down.

As a judge on the U.S. Court of Appeals for the 7th Circuit since 2017, Barrett has consistently favored corporations over the workers and twisted laws to the breaking point in support of her opinions.

Citing a law that exempts over-the-road truckers from overtime for safety reasons, for example, Barrett ruled against workers who sued a transportation company that refused to pay them for extra hours they logged. Even though the Wisconsin company exclusively assigned the workers to yard duty, in which they used tractors to pull trailers short distances between warehouses, Barrett ruled they qualified as truckers engaged in interstate commerce. And that left them ineligible for overtime no matter how many hours their bosses required them to work.

Overtime may not mean much to a highly paid federal judge. But Haynes, who represented USW members in overtime disputes when he served as a griever at union shops in New York, said extra pay for extra work is not only fair but a game-changer for many struggling American families.

As if denying overtime on such flimsy grounds weren't bad enough, Barrett used exactly the opposite argument in ruling against Grubhub delivery drivers who were fighting to secure labor rights for themselves and other gig workers.

The drivers claimed Grubhub misclassified them as contractors—when they were really employees—and refused to pay them minimum wages and other benefits. Grubhub wanted to resolve the disputes through arbitration proceedings with individual drivers. But the drivers, noting federal law exempts many transportation workers from arbitration, filed a class-action lawsuit instead.

A victory not only would have delivered justice to the drivers but helped other gig workers finally win labor rights, decent pay and fair working conditions. But Barrett threw out the suit as Grubhub demanded, ruling the drivers had to accept arbitration. Delivering meals just short distances, she ruled, failed to make them transportation workers with the right to file a lawsuit.

"I believe this lady is going to try to destroy our unions," warned Dottie Kotansky, a retired member of USW Local 8567 in Hazleton, Pennsylvania, noting Barrett will fit right in with the right-wing Supreme Court majority that's already delivered many partisan decisionsbenefiting corporations at the expense of workers.

Kotansky, a member of the Steelworkers Organization of Active Retirees (SOAR) who has encouraged fast-food employees to unionize, worries that Barrett will continue to suppress gig workers and other poorly paid Americans who need union protections now more than ever.

But she also fears Barrett's addition to the court will embolden the ever-stronger conservative faction to issue more rulings "just like Janus" aimed at decimating unions that already exist.

In the 2018 Janus v. AFSCME decision, the right-wing majority overturned four decades of precedent when it ruled that public-sector workers don't have to pay dues or even smaller "fair-share" fees to the unions legally bound to represent them.

By encouraging workers to freeload, the justices hoped to starve unions of funds and kill them. Although the justices ultimately failed to inflict the damage they desired, the ruling dealt labor an ominous turn.

"We're constantly under attack," Haynes pointed out. "Any time we have to give up something, it's nearly impossible to get it back."

Most justices respect the rulings made by their predecessors and seldom vote to reverse them. But Barrett has no reservations about overturning previous decisions and upending the law. That potentially puts the nation's entire body of labor rights—even the most fundamental protections provided in the landmark 1935 National Labor Relations Act—at risk.

Haynes worries that the voices of ordinary Americans will be drowned out as the court adopts an increasingly corporate-friendly agenda. Because of Barrett's relative youth, he said, she could wreak damage for generations.

"My grandchildren might suffer from the decisions she makes," Haynes said.