"People have a right to be upset": White House failure to contact trace stirs contempt 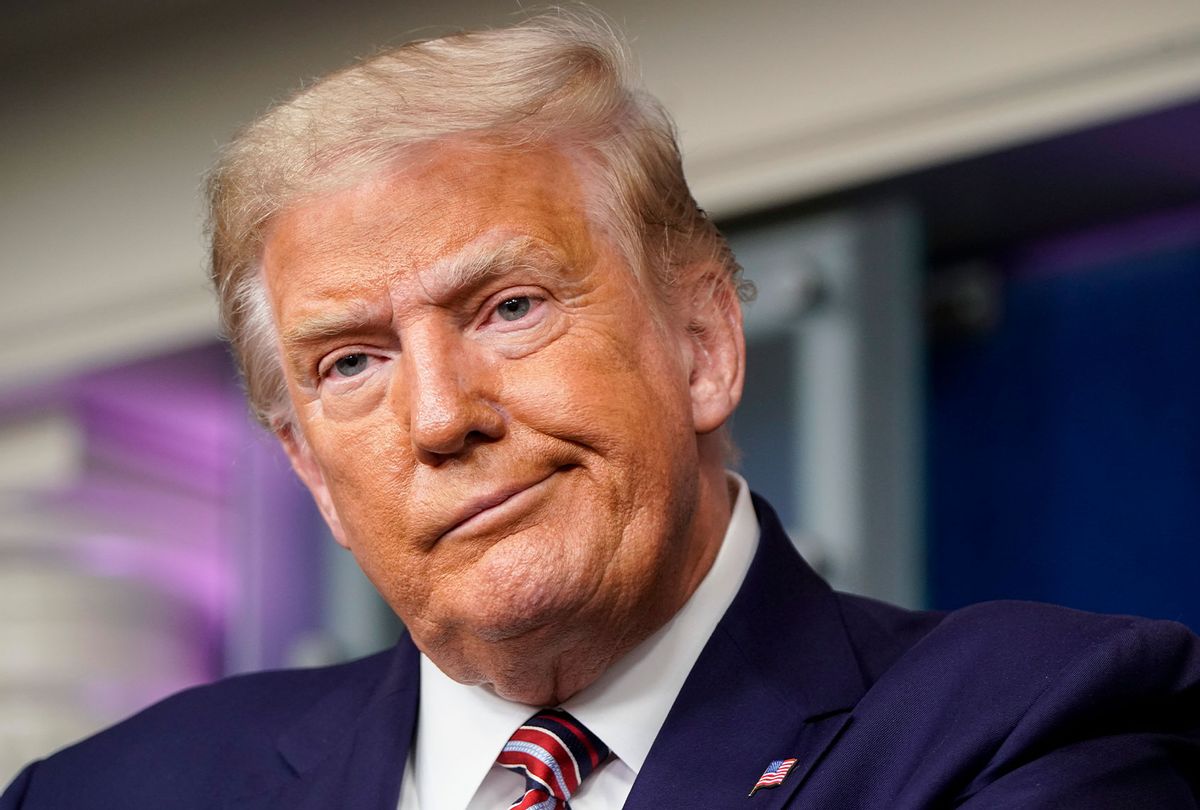 Politicians, public health officials, and commentators are lambasting the White House's failure to provide adequate contact tracing and guidance for thousands of people whose well-being was jeopardized last week after President Donald Trumptraveled to multiple events around the country, at least one of which he participated in even after knowing that he had been exposed to the coronavirus.

While the contradictory information shared by the Trump administration and medical team about the chronology and status of Trump's illness has puzzled observers, critics said it is clear that the president chose to expose potentially thousands of people to Covid-19 last week—particularly by interacting with hundreds of guests at a fundraiser he hosted at his Bedminster, New Jersey golf course on Thursday evening—instead of quarantining immediately after the Thursday morning diagnosis of his adviser, Hope Hicks, as Common Dreams reported.

"The scope of the damage here is unfathomable," writer Rebecca Traister tweeted on Saturday.

Not only did Trump and other infected members of his inner circle put possibly thousands of individuals at risk of contracting Covid-19, but according to reportingfrom the Washington Post, "there was little evidence on Saturday that the White House or the campaign had reached out to these potentially exposed people, or even circulated guidance to the rattled staffers within the White House complex."

"The crisis within a crisis is emblematic of an administration that has often mocked or ignored the coronavirus guidance of its own medical experts," noted the Post. "In this case, the failure to move swiftly potentially jeopardized the health of their own supporters and those close to them, who might fall ill and unwittingly spread the infection to others."

Traister pointed out that in addition to Trump's supporters who voluntarily attended Judge Amy Coney Barrett's nomination ceremony hosted by the president in the Rose Garden on September 26, his campaign rally in Minnesota on September 30, or his fundraiser in New Jersey on October 1 just hours before the president announced that he had tested positive for the coronavirus, the families of countless workers who had no choice but to go to these infectious events will be subjected to the medical and financial consequences of the Trump administration's negligence.

While White House spokesperson Judd Deere claimed Saturday that "contact tracing is underway," public officials in the states "where Trump held events in recent days... haven't heard from the White house and are racing largely on there own to find people potentially exposed to the virus," the Post noted.

According to the New Jersey Department of Health, the only information that the White House had provided to state officials as of Sunday was a list with the names of 206 people who attended the Bedminster fundraiser, but HuffPost reported that it "does not include staff working at the club."

However, "because it took days for the White House and the Republican National Committee to provide New Jersey with" contact information, HuffPost explained, "anyone who was infected at the fundraiser went untreated and may have continued to spread the virus."

In an interview with CBS News on Monday morning, New Jersey Gov. Phil Murphy (D), who reportedly found out about Trump's diagnosis through news outlets, blasted the president's decision to come to New Jersey last Thursday night despite knowing that he had been in close contact with Hicks, who had tested positive for the coronavirus that morning.

For a group of people "knowingly having been exposed to someone who is Covid-positive" to come here from out of state "is really, really frustrating," Murphy said. "Nobody should have come to New Jersey. That trip should have been canceled... it was the wrong decision at every level."

"This borders on reckless in terms of exposing people, not just in New Jersey, but it looks like for folks around the country, who are now scattered by the way," Murphy told CNN Monday morning.

Regarding contact tracing, Murphy stated that "we need more, I think, out of the federal side of this... it's an all-in moment... we need everybody to punch at their weight here."

It's not only the Bedminster fundraiser where the Trump administration's flouting of public health guidelines and lack of contact tracing is apparent.

According to reporting from TIME, "local and state health officials in many of the locations that Trump recently visited indicated the Trump administration has taken few evident steps on contact tracing" as of Saturday. "Officials in four states—Minnesota, Pennsylvania, New Jersey, and Virginia—stated or suggested they had not been contacted by the Trump campaign."

Michael Shear, a New York Times journalist who is among the White House reporters who tested positive for the coronavirus after flying on Air Force One, told CNN on Monday morning that he "has not been contacted by the White House"—ten or eleven days since he thinks he was infected.

The Times reported Sunday that even though "the CDC has a team of experts on standby to help the White House," it has not been asked to trace the contacts of people who attended the September 26 party in the Rose Garden on behalf of Trump's Supreme Court nominee.

Instead, according to what White House spokesperson Alyssa Farah told NBC Newscorrespondent Geoff Bennett, "there is an 'in-house epidemiologist' who is doing it."

"Anyone willing to trust a lone guy at the White House... to conduct contact tracing?" asked University of Alabama legal scholar Joyce Vance on social media.

"Trump and his staff, at least, have a chance to prevent their mess from spreading further," wrote German Lopez on Monday in Vox. "But so far, it doesn't seem as though they're taking that opportunity seriously, as days go by without a serious contact tracing operation."

While the White House has exacerbated the coronavirus pandemic by undermining epidemiological guidelines regarding social distancing, mask-wearing, testing, tracing, and isolating for months, Trump's direct role in spreading Covid-19 to unsuspecting Americans in the past week represents a new level of failure.

"The specter of the president hosting several potential super-spreader events in states and cities across the country has rocked his presidency and imperiled his already struggling re-election campaign," wrote reporters in Bloomberg.

"People have a right to be upset and angry," said Gov. Murphy. "Particularly folks who have been doing all the right things every step of the way."