Don't believe the hype: Trump’s economy was plummeting even before the pandemic 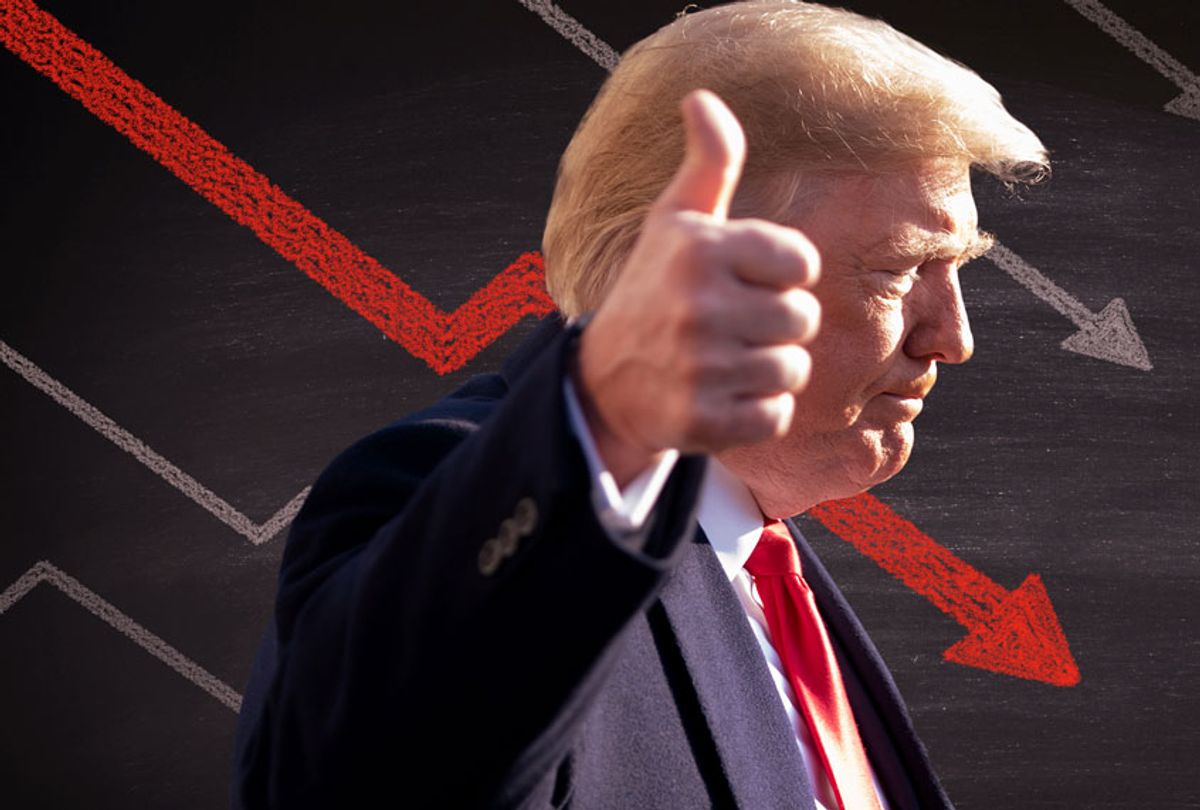 There's fresh evidence that the robust economy Donald Trump inherited from Barack Obama was faltering before the pandemic.

State personal consumption spending growth slowed sharply in 2019 compared to the year before, the federal Bureau of Economic Analysis reported Thursday morning. The growth rate plummeted by a fifth.

This official data came just hours after Mike Pence told a whopper about American incomes during the vice presidential debate Wednesday night, a lie that escaped the notice of our major news organizations. That's because no official announced the numbers and mainstream journalists rely way too much on what officials tell them instead of doing their own analyses of official government data.

Incomes down, not up

In fact, the average income for the bottom 50% of income taxpaying households in 2018 averaged $300 less than in 2016, Obama's last year in office, as DCReport showed more than a month ago from the Trump administration's own official data. Please note this is not the poorest third of Americans but the poorest third of people who made enough to pay income taxes.

Less income under Trump wasn't limited to the poorest third of taxpayers.

Total income reported by all Americans did grow, but the benefits were highly concentrated near the top of the national income ladder.

In real terms income reported on tax returns increased by almost $1 trillion over those two years. On the surface that's good. But only those in the top 7%, those making more than $200,000 and up, saw their share of the national income pie grow. Every group making less had to get by on less.

Almost half of the trillion-dollar gain flowed to the 1%, those making $500,000 and up. But even among the one-percenters the gains were not widely shared.

Just one in 285 taxpayers makes $1 million or more. This very rich and very tiny group took in three of every four dollars of increased income flowing to the one-percenters. Under Trumpian policies, it's good to be rich and very bad to be poor or middle class. But Lying Mike Pence bore false witness by telling you all people are doing well

When it comes to increased spending in 2019 you can learn how your state did by looking over this useful series of graphic maps at this government website. The first map shows how much the rate of spending declined in 2019 compared with 2018. The data excluded money that state residents spend overseas.

Candidate Trump promised to grow the economy by at least 4% annually and insisted he could achieve as much as 6% growth in Gross Domestic Product, which measures our country's total economic output. Those of us who study these matters found Trump's claim either laughable or a lie. Time proved we were right as Trump underperformed the average of the previous 70 years.

In 2017, still basking in the glow of the Obama economy, our inflation-adjusted or real Gross Domestic Product grew 2.3% compared with 2016. Growth reached almost 3% in 2018 as the Trump/Radical Republican tax giveaway to big corporations gave a brief kick to economic growth. In 2019, however, GDP growth slided to under 2.2%

In all, 25 million Americans are without work right now and many more will join them soon because Trump decreed Tuesday afternoon that he would not sign any new coronavirus relief bill until after the election and then only if he wins. The stock market instantly sank, prompting Trump to do a partial flip-flop. But counting on Trump to sign a new relief package would be like trusting that he actually knows how to improve the economy for all Americans, not just the already rich.