Bolstered by excellent direction, the benefit's good intentions mostly make up for its unresolved significance 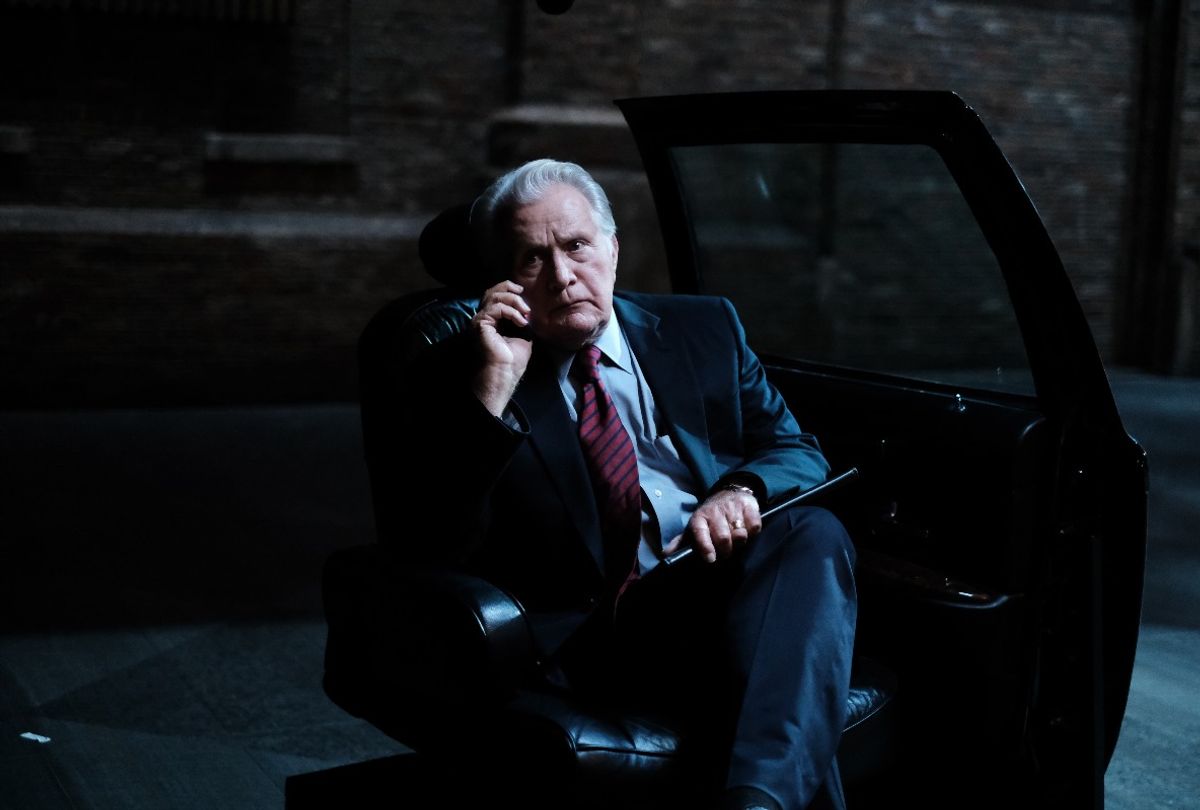 Most nights, once the emails have been answered and the television has been reviewed, I pick up a pen and start writing postcards. Sometimes the messages are in support of Supreme Court Justices in Ohio, sometimes they're for congressional candidates in South Carolina. The addresses pour in from a nonprofit trying to help get out the vote, and the postcards stack up on the bar cart next to my door. As the ink runs low and my hand starts to ache — it turns out typing all day and writing all night is not the path to healthy wrists — I often wonder: Is this helping? Like so many citizens desperate for change this November, I want to do something to help facilitate change, and I need to do something to ease my mounting anxiety.

I only bring this up because I sensed a similar yearning throughout "A West Wing Special," the HBO Max reunion of Aaron Sorkin's early aughts NBC drama. There's an overt desire to make a difference, and not only because the staged recreation of "Hartsfield's Landing" (Season 3, Episode 14) is put on as a benefit for When We All Vote, a nonprofit, nonpartisan organization dedicated to increasing participation in elections; nor is it just that the hourlong special replaces its 17 minutes of commercials with direct-to-camera addresses from the likes of former president Bill Clinton and former first lady Michelle Obama. It's not even that Bradley Whitford explicitly states their goal at the top of the episode: to turn at least one non-voter into a voter.

It's "The West Wing" itself that's striving to feel vital again, in an age when its fantasy version of D.C. politics is dead and gone.

As a reimagining of a strong television episode, the new version of "Hartsfield's Landing" plays out beautifully. The cast slips back into their roles like aging rock stars breathing new life into old hits. Sure, the Josh (Bradley Whitford) and Donna (Janel Maloney) dynamic feels a bit more inappropriate, but the episode is all work, zero flirting. Emily Procter (who played Ainsley Hayes) reading stage directions is an odd choice, though she did play a Republican and this is supposed to be a nonpartisan benefit.

And Sterling K. Brown stepping in as Leo McGarry (originally played by the late John Spencer) was always going to be a noticeable departure; Spencer's lined face and sagacious wit expressed the history inherit to the President's Chief of Staff and longtime friend, and he was nearly 10 years older than Brown when he first took on the role. But Leo isn't a huge part of "Hartsfield's Landing" and Brown conveys the necessary authority without inflating the part beyond its relevance to this episode. (Plus, the behind-the-scenes footage of him dancing with Martin Sheen is priceless.)

Even with greats like Allison Janney playing pranks and Martin Sheen whipping off his tortoiseshell glasses (fresh frames for his signature move), the star of "A West Wing Special" is its director, Thomas Schlamme. The Emmy-winning legend who helped make the original series a TV touchstone embraces a new, if similar, challenge here: recreate his signature walk-and-talk energy without the space to walk very far. Sorkin's language was always theater-ready; lots of dialogue, lots of speeches, lots of exposition. But just like "The West Wing" couldn't feel like a dueling lecture series, "A West Wing Special" couldn't feel like a staged reading. (Originally, this was going to be a table read, but, likely when HBO Max got involved, they decided to make it something "more.")

Schlamme, yet again, rises to the challenge. Not only does he come up with visually engaging ways to introduce scenes — like Donna's shadow cast over the outside gates — but he's so smart how he fills the frame. Looming columns and interior sections of the White House linger in the background of certain shots to remind viewers where they are, but that doesn't restrict Schlamme from incorporating the L.A. Orpheum's empty theater seats into other framings, or even from pulling all the way back to show the house lights above two actors playing chess. He'll even use carefully placed coffee mugs or popcorn bowls to accentuate movement, and it all adds up to a masterclass on maximizing a minimal space; directors doing the opposite — adapting stage plays for the screen, rather than TV shows for the stage — should look to this special for tips.

Once the handsome production wraps, though, comes the question of what it's accomplished. Over the years since the drama left NBC, "The West Wing" has remained a prolific force in how progressives view politics, thanks in no small part to its accessibility on Netflix. New viewers embrace its charming patter and aspirational messaging, while veteran fans find its unique combination of comfort and prestige TV extremely re-watchable.

But, as Samuel L. Jackson plainly states in his part of the special, "Our politics today are a far cry from the romantic vision in 'The West Wing.'" Anyone using the series as a benchmark for how D.C. operates now is living in a dreamworld, and the special seems to be winking at the audience in between takes, acknowledging the more recent criticism against its fantasy-like version of American politics — before plowing ahead with the fantasy anyway.

Whitford, with his humbling speech about what little use actors are in fighting for the vote, says as much in the intro. (Q: "What can we, the People's Choice Award nominated cast of 'The West Wing' do to help?" A: "Nothing. […] So why don't you go put on one of your little shows where everything works out in the end?"). Then Jackson speaks directly to the show's "fantasy" label halfway through. "An unattainable TV fantasy?" he asks. "Why? Vote."

So, will they? Will viewers finish the special, spread the good word, and go exercise their civic responsibilities? Or will they click over to Netflix and watch more of "The West Wing"? Will they remember what they've seen in a day, a week, or a month?

I'd argue yes, toward all of the above, but whether "A West Wing Special" actually converts any non-voters to register, vote, or otherwise participate in the upcoming election is a question we'll never be able to answer. Many watching have to be well-aware of the election and their role in it, and it seems more likely this special — only available to those able and willing to pay $15 a month for HBO Max — is preaching to the choir. (That "A West Wing Special" hits a premium streaming service on the same day its original network is giving free advertising to Donald Trump, again, is by far the most frustrating thing about this special. Even Republican Robert Ritchie, Bartlet's Season 3 presidential opponent from Florida, would recognize that the "West Wing" special has more inherent value to voters than anything that walking superspreader will spew out.)

Still, the reunion's determination to put its prolonged hold on people to good use is an admirable twist on the series' continuing legacy. As Jackson implies at the end of his speech, the TV fantasy can be aspirational, so long as no one confuses it for reality. The people who complain about real-life candidates and wish they could vote for Bartlet instead have to be able to identify who Bartlet would vote for himself (you know, if he was real). "A West Wing Special" readily admits as much and urges people to see beyond the fantasy; to listen to a real president, a real first lady, and real people who are willing to inspire and inform.

Donations, text banking, volunteering, social media posts, postcards: Sending anything out into the void with a purpose requires a bit of hope; a bit of trust; a bit of fantasy. Do I think someone is picking my postcard out of their mailbox and thinking, "Huh, I guess I will vote this year"? Probably not. But I have to try. We all do — even "The West Wing."

"A West Wing Special to Benefit When We All Vote" is streaming now via HBO Max.