Defeat Trump first — then push Biden to the left

No one has described the current crossroads more astutely than Naomi Klein: "Vote for a more favorable terrain" 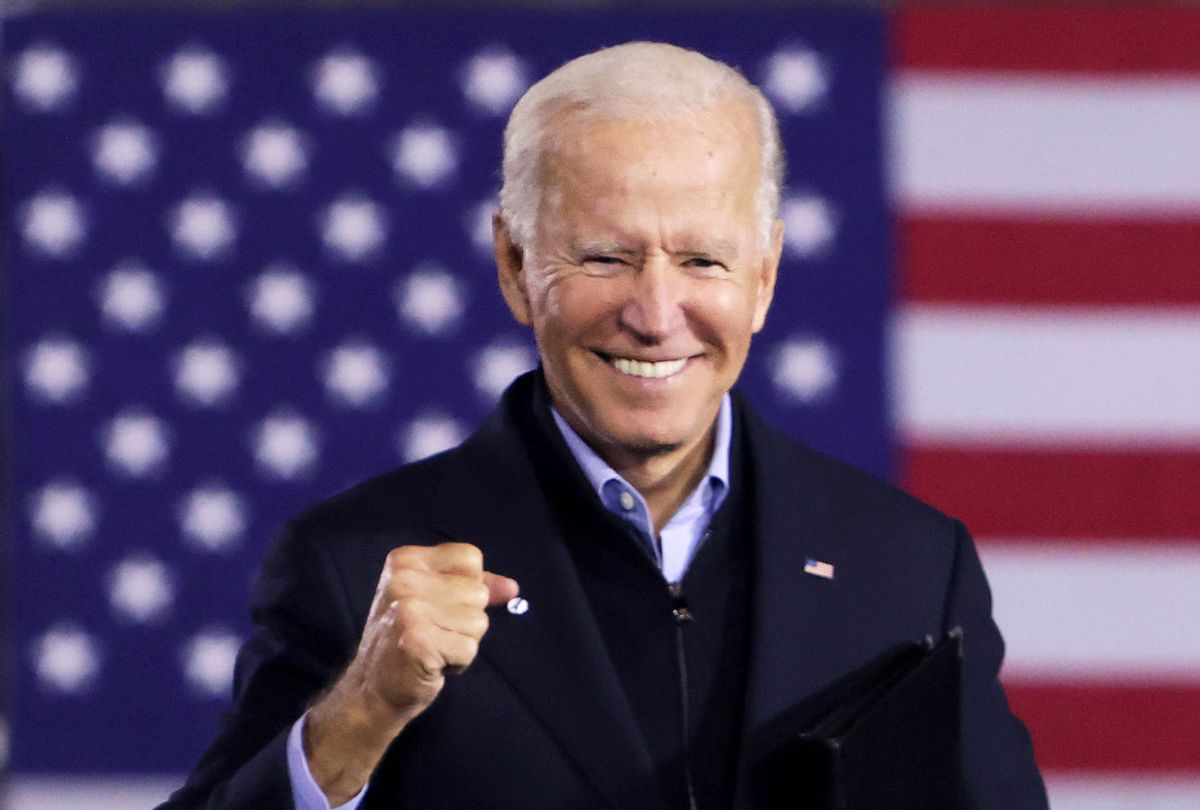 The extreme dangers of this political moment have forced leftists to face contradictory truths about Joe Biden. At once, he can be seen as dreadful and essential. A longtime servant of corporate America and a politician of last resort. The current top functionary for neoliberalism and the presidential candidate for a united front against neofascism.

Such contradictions should lead to clear analysis and strategic action. We need approaches that respond to imminent emergencies — first, bailing out the boat before it sinks, and then charting a course toward where we want to go.

The Trump regime must be brought down, or the left will be up against the wall. As Cornel West says, "A vote for Biden is . . . a way of preserving the condition for the possibility of any kind of democratic practice in the United States."

No one has described the current crossroads more astutely than Naomi Klein, who tweeted last month: "Vote for a more favorable terrain. Our struggle goes way beyond elections. We're in the streets. We're talking to our neighbors and co-workers. But who controls the presidency changes what's politically possible for our struggles."

Under the Trump regime, the terrain has a stone wall around what's politically possible for progressives. And Trump is becoming more and more authoritarian, week by week, as he manipulates and expands executive-branch power.

With three weeks of voting to go, the race between Trump and Biden is likely much closer than the forecasts usually presented by corporate media. Biden's lead in virtually every swing state is appreciably smaller than in national polling. Over the weekend, even while reporting that Biden is 12 points ahead of Trump nationwide in the new ABC-Washington Post poll, ABC noted that four years ago Hillary Clinton had a polling lead with the identical 12-point national margin a mere 17 days before her loss to Trump.

A recent open letter signed by 55 progressive activists and writers (including me) asserted that "voting for Biden in swing states is essential." We added: "Protestations that Biden is beholden to elites are true but beside the point. The lesser evil is evil, but in this case, the greater evil is simply off the charts."

The left should play a leading role in defeating Trump, the off-the-charts evil. That's the first step. And if Trump is defeated, the second step is to confront President Biden from day one.

With systemic injustices now screaming out to all who are open to hearing, the left would have a historic opportunity under Biden to expose and confront the Democratic Party — which talks a good game while often helping corporate elites to rip off the public and pollute the planet. The coronavirus pandemic has "laid bare the inequities, corruptions, and cruelties of our political life — features that the [Trump] administration did not originate but which it has magnified and exploited," The New Yorker declared two weeks ago in an editorial endorsing Biden.

The editorial acknowledges that returning to a pre-Trump status quo would not be enough: If Biden wins, "he will have to govern with boldness, urgency, tenacity, and creativity. In the face of such challenges, realism and radicalism are not so far apart." The left will need to insist that "radicalism" can be the utmost of realism.

That will require persistently challenging the reflexive stances of corporate media and corporate Democrats. Helping to defeat Trump is the current imperative. An election victory would make it possible to immediately confront the Biden presidency with grassroots movements—relentlessly organizing against the fossil-fuel industry, systemic racism, income inequality, corporate power, militarism and so much more. As the Pentagon Papers whistleblower Daniel Ellsberg said days ago, "the chance of having some influence on his administration is just incomparably greater than the zero chance of influencing the Trump administration."

In a cogent new video, Ellsberg offers clarity: "As a leftist, and antiwar and antinuclear activist for half of a century, I share all of the left-wing criticisms of Joe Biden and the Democratic Party. That means that I expect to have a lot of oppositional activity ahead of me in the next four years whoever is president. I want Joe Biden to oppose as a president in my activist activities rather than Donald Trump."