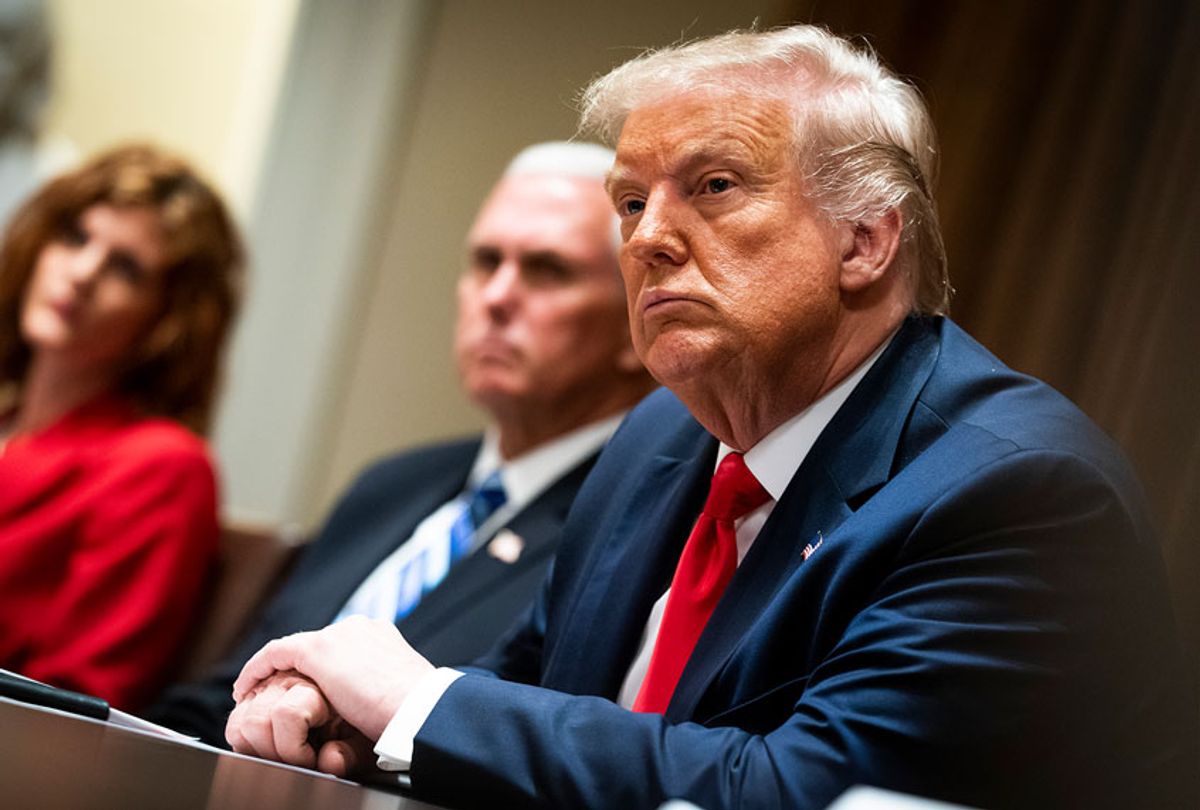 Donald Trump was against a new coronavirus aid package before he was for it. And now, with time running out before the elections, we're actually unsure of what the White House wants – other than a second term.

It would seem that the easiest explanation for all the back-and-forthing is that it suddenly has occurred to Trump that giving out relief checks to Americans who have lost jobs to coronavirus might be a good idea after all.

The timing, days before the election, clearly is not coincidental.

It's not as if Democrats suddenly told the airlines to start layoffs of thousands, or for landlords to start demanding the rent from people put out of work with extra unemployment benefits running out by Labor Day.

Maybe the Republicans should keep a calendar for aid expiration.

Nevertheless, Trump has been far better at negotiating medical all-clear notes from his doctor than he has in forming anything that will get through Congress.

Last week, Trump shifted from withdrawing from any negotiation with House Speaker Nancy Pelosi over the shape and size of an aid package to a total turnaround promoting a package for which he claims ownership. He's offering far more agreement with Pelosi than with Senate Republicans, who oppose any substantial aid, though Pelosi thinks she already has compromised.

So, somehow this week, we can hope that there is an actual tangible deal for Congress to accept or reject.

The quick background here: As coronavirus continues to trample jobs around the country and forces a too-slow rebound, Pelosi and Democrats have been pushing for the big package they passed three months ago for individual checks, small business aid, education funds and help to depleted state and local government coffers. The White House, represented by Treasury Secretary Steven Mnuchin, has insisted on no aid for local governments, which Trump says will benefit what he sees as irresponsible spending by blue states.

In other words, what has held all this up is just plain partisan politics. Over the weekend, the maneuvering on all sides confirmed the primacy of finding a clause here or there that was objectionable, further dooming agreement.

Now, in the last days, Trump told his negotiators to "go big" in securing a package that will allow him to take credit for sending aid checks out just before the election – something that puts him at odds with Senate Republicans.

As usual, we're left watching solely for the imperial word from Trump as to whether people forced from their jobs can pay rent, eat and pay for health care in the midst of a pandemic.

"I would like to see a bigger stimulus package, frankly, than either the Democrats or the Republicans are offering," he said in a two-hour interview with conservative radio host Rush Limbaugh. His $1.8 trillion proposal isn't actually larger than the $3 trillion voted by the House but represents far higher figures than those promoted by his own Republican majority in the Senate.

Trump has managed once again to have the spotlight, but he also has left pretty much all sides confused.

Perhaps Trump is more interested in his political image as a deciding voice than in the outcome. Still, media coverage of the issues here shows stacks and stacks of people who are pretty desperate for aid and financial markets that need certainty.

With any number of Republican senators insisting that they oppose the idea of adding trillions of dollars to the national debt, Senate Majority Leader Mitch McConnell has taken the odd role of simply looking at anything that can pass the Senate.

Plus, McConnell has indicated he is far more interested in using Senate time to confirm the nomination of Amy Coney Barrett to the Supreme Court than on argument, brief or prolonged, over an aid package.

With Trump trailing in the elections, it is not immediately clear that Trump's position even will result in a uniform Senate Republican response that helps him.

It's a mess, and whatever we call leadership is missing.

In its $1.8 trillion offer, the White House made concessions to Pelosi and the Democrats, though apparently more will be needed.

For those wanting detail, the proposal includes $300 billion in emergency aid for cities and states, up from $250 billion, and money for airlines, restaurants, small businesses, unemployment insurance, food stamps and additional food aid for low-income women and children. Republicans also are offering direct payments of $1,000 per child — up from $500 — in addition to the $1,200 stimulus checks for individuals, rather than rely on future tax credits. But who knew a clause about health care money would raise objections from anti-abortion forces, for example?

What's noteworthy is that Trump needs the Democrats more than his Republican allies.

All parties are being pushed toward compromise.

The clearest reading here is who wants to avoid blame from voters for failing to deliver needed aid ahead of the election.

News outlets are reporting that there are plenty of private lobbying efforts under way on Trump, Pelosi and McConnell to provide some form of aid.