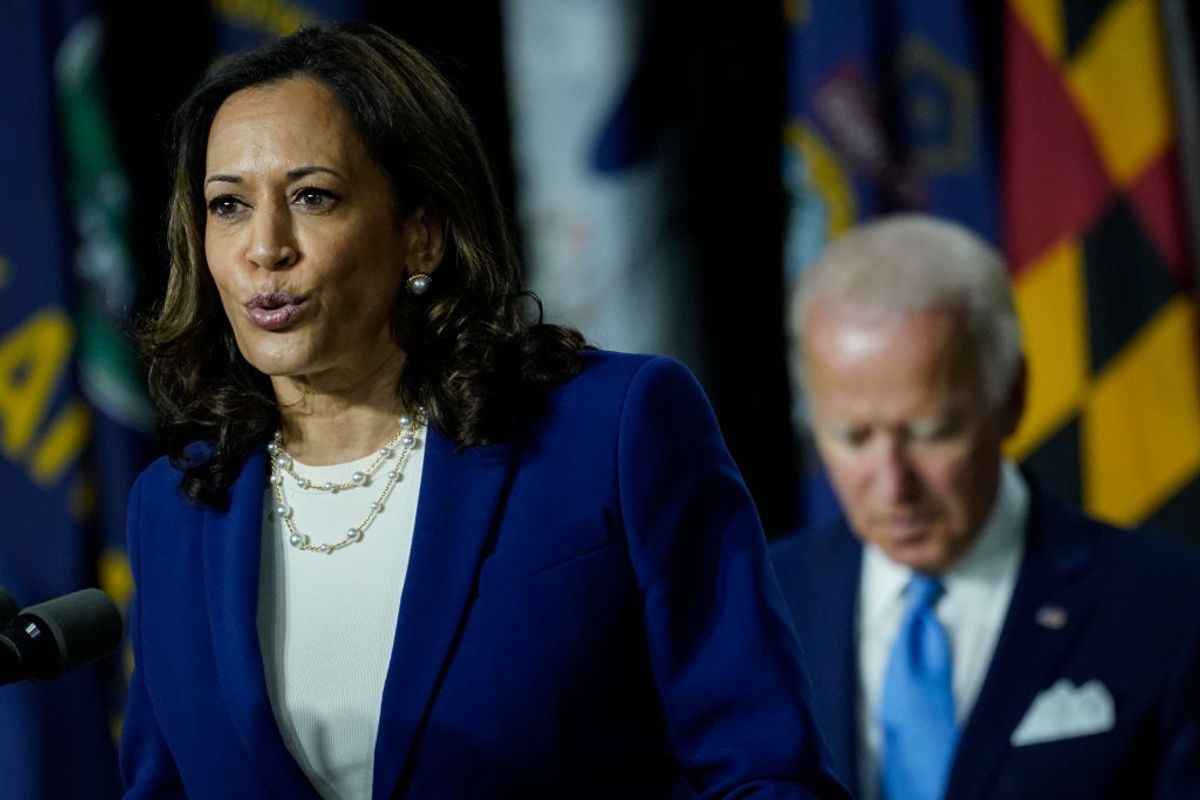 Republican Sen. David Perdue of Georgia was denounced for being "incredibly racist" Friday night after he willfully mispronounced the name of his Senate colleague Kamala Harris, the Democrat from California and her party's vice presidential nominee, at a campaign rally for President Donald Trump.

Perdue—currently in a heated reelection campaign of his own against Democratic challenger Jon Ossoff—was just completing his introduction for Trump at the rally in Macon, Georgia when he referred to Harris as "Kah-mah-lah? Kah-MAH-lah? Kamala-mala-mala" and then said: "I don't know. Whatever."

While the Perdue campaign said the GOP senator "didn't mean anything by it," it was clear from the laughter by the predominantly white Republican crowd that the overt dogwhistle had its intended effect.

As the Washington Post's White Hosue bureau chief Phil Rucker noted, any feigned ignorance should not be taken seriously. "Perdue has served with Kamala Harris in the Senate for four years," tweeted Rucker. "He knows how to properly pronounce her name."

"Well that is incredibly racist," said Sabrina Singh, Harris' press secretary, in a tweet responding to Perdue's comment. "Vote him out," Singh added, "and vote for Ossoff."

Kamala is pronounced "'comma-la,' like the punctuation mark," according to the California senator. Harris wrote in the preface of her 2019 memoir, "The Truths We Hold," "First, my name is pronounced 'comma-la,' like the punctuation mark. It means 'lotus flower,' which is a symbol of significance in Indian culture. A lotus grows underwater, its flower rising above the surface while its roots are planted firmly in the river bottom."

For his part, Ossoff denounced the remarks as part of pattern of discriminatory attacks by Perdue and said Georgians and other Americans "are better than this." Later Friday night, Ossoff appeared on MSNBC where he further characterized the attack on Harris as the "kind of vile, race-baiting trash talk" that Trump "has unleashed from sitting Republican members of the Senate."

In a statement, Nikema Williams, state chairwoman of Georgia's Democratic Party, said "Perdue's intentionally disrespectful mispronunciation of Senator Harris's name is a bigoted and racist tactic straight from President Trump's handbook. He owes Georgians an apology for his offensive display."

A Quinnipiac poll released Wednesday showed Osoff, who had been trailing, moving ahead of Perdue with a 6 percentage point lead (51% to 45%), though poll averagesshow the contenders in more or less a dead heat with just over weeks until Election Day.