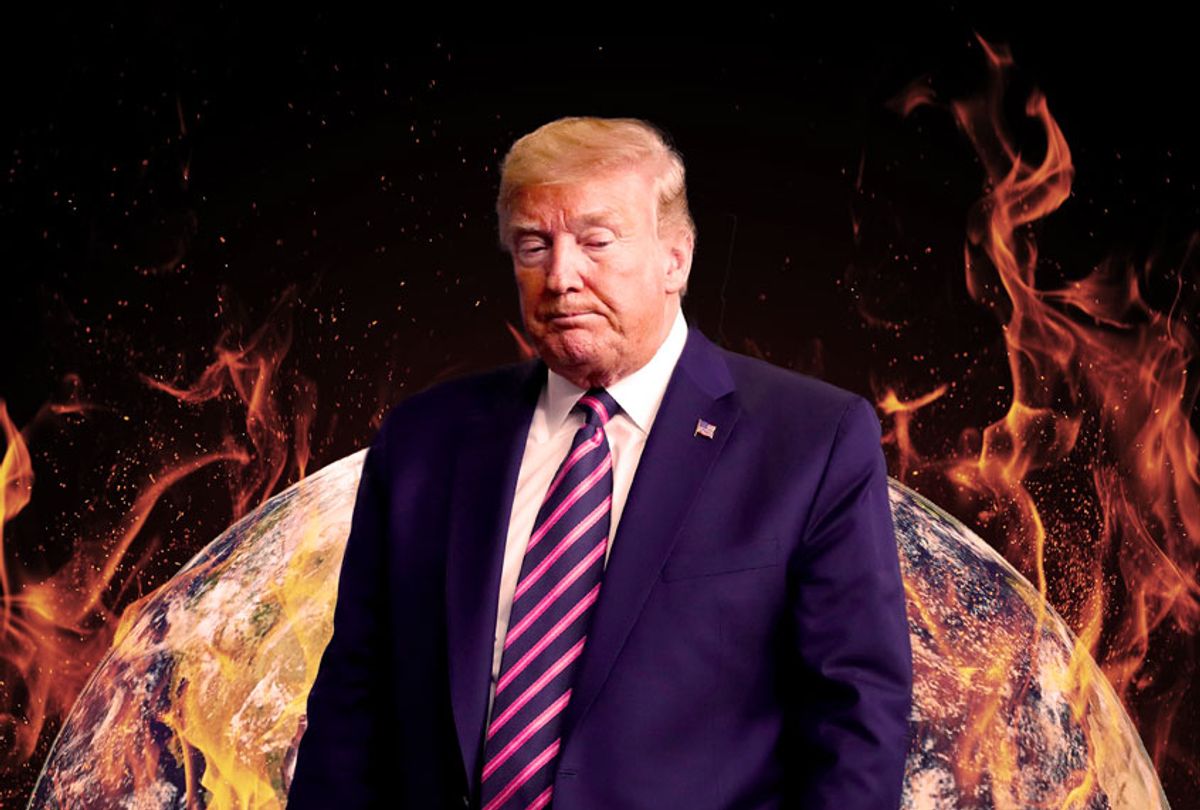 Donald Trump's promise in an ABC News town hall last month that the United States would soon achieve herd immunity for the coronavirus, and conflating that with herd mentality, may be explained because Trump is counting on the latter to rescue his second term. It's otherwise impossible to imagine a campaign whose endgame is to recover the lost loyalty of voters over 65 selecting as its closing argument, "Not enough of you have died yet."

It's a safe bet that none of his 2016 Republican primary challengers would have embraced the idea that the solution to the pandemic was more American casualties than the Civil War and World War II combined. But many of Trump's Republican comrades-in-arms have embraced, often eagerly, a default preference for herd immunity — harkening back to the harsh social Darwinism that underlies much of modern conservatism. Early on in the pandemic there were Texas Lt. Gov. Dan Patrick, Rep. Trey Hollingsworth of Indiana and radio host Glenn Beck, all of whom argued that the loss of more American lives was preferable to scaling back the economy. Then, when the issue became wearing masks, some opponents argued "if I'm going to get COVID and die from it, so be it …" Of course they really meant, "If you are going to get COVID ..." Wearing masks was a deprivation of freedom — although this argument seems never to have been extended by Republicans to the prohibition on public nudity.

As the pandemic surged again, by October Sen. Ron Johnson of Wisconsin was referring to "unjustified hysteria" about covid, and asked, after he became infected, ""Why do we think we actually can stop the progression of a contagious disease?" (The obvious answer is that we have been doing so, with increasing success, since the 1854 cholera pump moment. That is rejected by many on the right, because stopping a pandemic may require the government to prevent citizens from endangering others.)

Herd immunity can sometimes reduce mortality from a disease, but over the centuries has failed to end the curse of influenza, tuberculosis, smallpox, polio, rabies or dengue fever. It fits neatly, however, into a social Darwinist framework. Those who die are the "weak" — the poorest, the youngest and the oldest young — or can at any rate be classified as weak and deserving to die, because they died. Survival of the fittest requires discarding the weak. Remember the "let them die" hecklers who populated some of the 2011 Republican debates on health care.

This underlying value distortion — my personal freedom extends to my right to endanger you — spreads out across a range of other issues. Today's Republican reluctance to curb pollution even when it is demonstrably is killing a power plant's neighbors, to keep pesticides that kill farm workers out of the fields or to do anything at all about the climate crisis, which conservatives have privately conceded for years was real and caused by carbon pollution, are all illustrations of how the toxin of social Darwinism still contaminates much of the right's thinking about freedom.

So Trump's response to the COVID crisis — and the willingness of the Republican congressional establishment to enable it — illustrates a deep-rooted flaw in the American right. In a world in which we are, like it or not, all bound together, a tolerable conservatism is one that is willing to protect me from irresponsible neighbors, whether those are COVID-risking teenagers, irresponsible gun owners or multinational chemical companies.