GOP's invented Hunter Biden scandal isn't going away: Are they shooting for 2022 already?

Republicans know they may face a sweeping defeat in two weeks. But their latest pseudo-scandal may keep hope alive 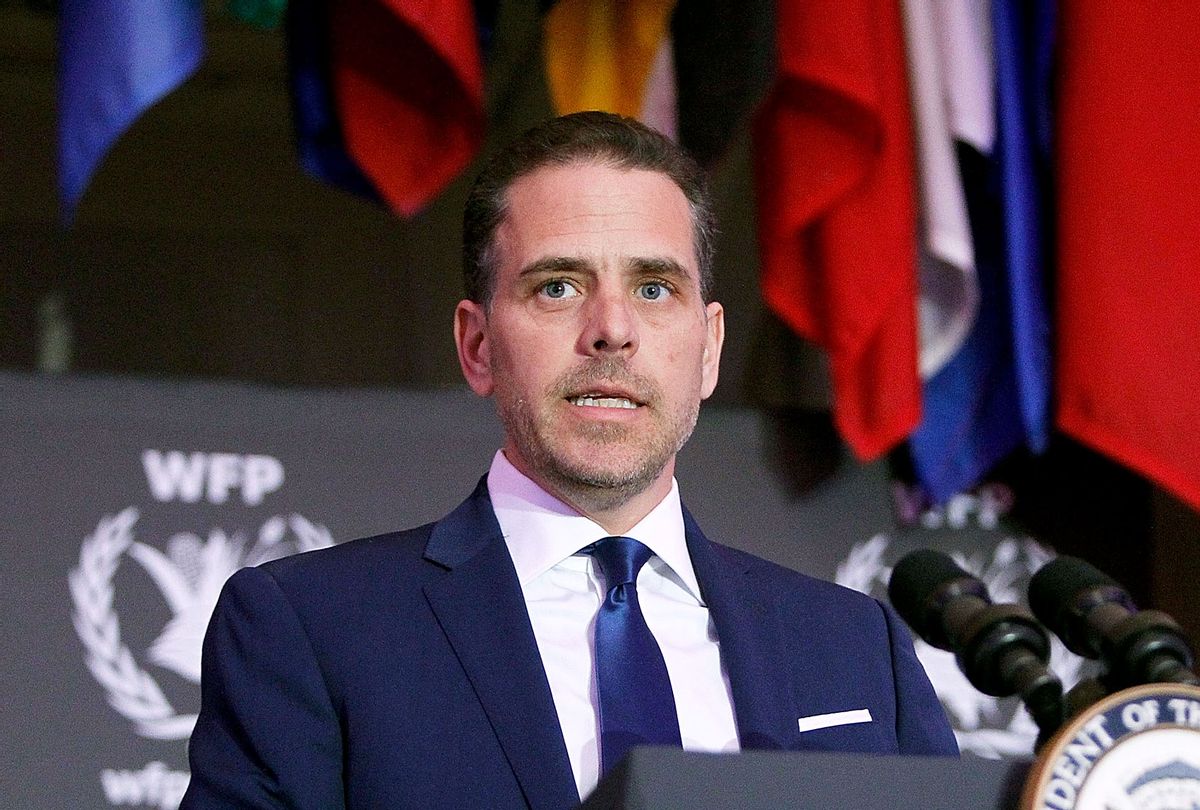 One of the many nerve-wracking questions Americans facing with the 2020 presidential election is whether all the bizarre conspiracy theories that have sprung up in the last few years will outlast the Trump administration. Are we in for a prolonged period of this level of lunacy in our politics?

Maybe. There are a bunch of QAnon-curious Republican candidates who apparently believe that the Democratic Party is led by satanic, flesh-eating pedophiles and that John F. Kennedy Jr. (who isn't actually dead) will be reappearing any day now to help Donald Trump save the children and put the country back on the right track. Let's just say it's not beyond the realm of possibility that there will be a Q Caucus in the next congress.

Philip Bump of the Washington Post reported on Tuesday that a recent Yahoo/YouGov poll showed that while a minority of GOP voters say they believe in QAnon, 50% of Republicans (fifty percent! That's half of them!) claim to believe that high-level Democrats are involved in child sex-trafficking rings, and more than 50% believe that Donald Trump is working behind the scenes to dismantle them. This idea goes back to 2016 and Pizzagate, so it's possible that many of these Republicans don't even know they're spouting QAnon conspiracy theories. But what's the difference? Clearly tens of millions of Republicans have, as Joe Biden said on the stump the other day, "gone 'round the bend."

This really shouldn't surprise us. Facebook has been the vehicle for spreading this and many other ridiculous conspiracy theories about COVID and antifa and Black Lives Matter and much else during the Trump years. These viral lies are not confined to weird corners of the internet or Alex Jones and Infowars anymore.

I can't hazard a guess as to what happens if the supposed savior of the children is defeated and has to leave the White House. Will the conspiracy theory just die out, as the rest of the country averts its eyes from the people who were big believers and try to forget that they lost their faculties during the Trump years? That's probably the best-case scenario. The worst-case scenario involves QAnon adherents deciding they need to take matters into their own hands.

The fever may break once the chaos agent is out of the White House. As Bump pointed out in that Washington Post article, part of the reason some people gravitate to these elaborate conspiracies is because they need to feel that someone, somewhere, is pulling the strings because otherwise everything feels out of control. Perversely, if Trump loses, these people may actually calm down. Even if they don't, what's left of the GOP establishment is likely to distance itself as much as possible from the kookier conspiracists. It's bad for business.

But that doesn't mean that they're going to give up conspiracy theories and pseudo-scandal-mongering altogether. It is, after all, one of their favorite political weapons. Many of us recall (or have read about) the endless Whitewater investigations into the Southern-gothic arcana of Arkansas politics, when Republican congressmen shot watermelons in their backyards and the Beltway media trekked across the country, reporting back as if they were on the first manned mission to Mars. It went on for years, cost a lot of money and destroyed quite a few Arkansans, but never found any wrongdoing by Bill and Hillary Clinton.

And let's not forget the more recent Benghazi crusade, which current House Majority Leader Kevin McCarthy announced was conducted entirely for partisan political purposes and which led to the equally vacuous "Clinton email scandal." There are many more where that came from, which often telegraphed openly as partisan attacks, but which the media gobbles up like baby birds being fed worms by their mother.

The Hunter Biden "scandal" has all the hallmarks of one of those patented GOP mudslinging operations. It's not as wild as a pedophile ring in a pizza parlor, but it's got lots of hurtful personal slander and ugly calumny to keep the folks entertained. That it has a Russia-Ukraine element makes it especially fun for those who want payback for Donald Trump being exposed as the most useful of idiots in the past four years.

The "scandal" itself is actually nothing more than an example of the very common (and admittedly skeevy) business practice of hiring the family members of important people for the purpose of obtaining favors, gaining access or simply being viewed in a favorable light. Hunter Biden clearly made a mistake in joining the board of Burisma, a Ukrainian gas company, while his father was vice president. The apparent conflict of interest was obvious to literally everyone. But Republican charges that Joe Biden granted a favor to Burisma by having the Ukrainian government fire a prosecutor that was investigating the company are flat-out provably false. It's true that Biden (along with virtually the entire Western alliance) pressured the Kyiv government to fire Viktor Shokin, the prosecutor in question. But one of the reasons was because Shokin wasn't investigating Burisma. There was no favor done on Hunter Biden's behalf. If anything, it was the opposite.

Republicans know this. Everyone knows this. This "scandal" has been dismissed by the new Ukrainian government, the U.S. intelligence services, and the Senate Intelligence Committee. It is 100% phony. And yet it's likely to continue for years if Joe Biden becomes the next president, because the Republican Party and the entire right-wing media sphere will make sure of it.

Salon's Roger Sollenberger reported on the latest twist in the phony scandal — the "discovery" of Hunter Biden's laptop, with dubious provenance, by Rudy Giuliani and Steve Bannon. Reporting in the right-wing press is filled with the sort of salacious gossip they love to peddle to keep the story dribbling out and hopefully entice the mainstream press to run with the story. (Indeed, you can feel an anxious desire to go there, among supposedly respectable reporters.)

Does the laptop really belong to Hunter Biden? Are the emails real? Did he arrange for his boss at Burisma to meet his father? Who knows? But it doesn't matter because nothing will change the fact that Joe Biden's actions were the opposite of what Republicans are pretending to investigate him for, and they know it. They are once again knowingly misleading the public.

If the Democrats manage to gain a majority in the Senate and hold on to the House, the GOP will be deprived of its ability to run this new crusade through Congress with multiple investigations, as they did with Benghazi. But unless something unusual happens, such as Rudy Giuliani being indicted as a foreign agent (which is not outside the realm of possibility), Republicans will keep this one going by whatever means they can fine and hope that a big backlash, along the lines of the Tea Party wave of 2010, carries them back into the majority in the 2022 midterms. If that happens, get ready for the circus to come to town.

If Joe Biden is elected president two weeks from now, the QAnon insanity could end up as just another hallucinogenic flashback of the increasingly surreal Trump era. Hunter Biden and Burisma, unfortunately, will be with us for a while.