Founded by longtime Republicans, the PAC has spent $28 million on the effort to unseat Trump 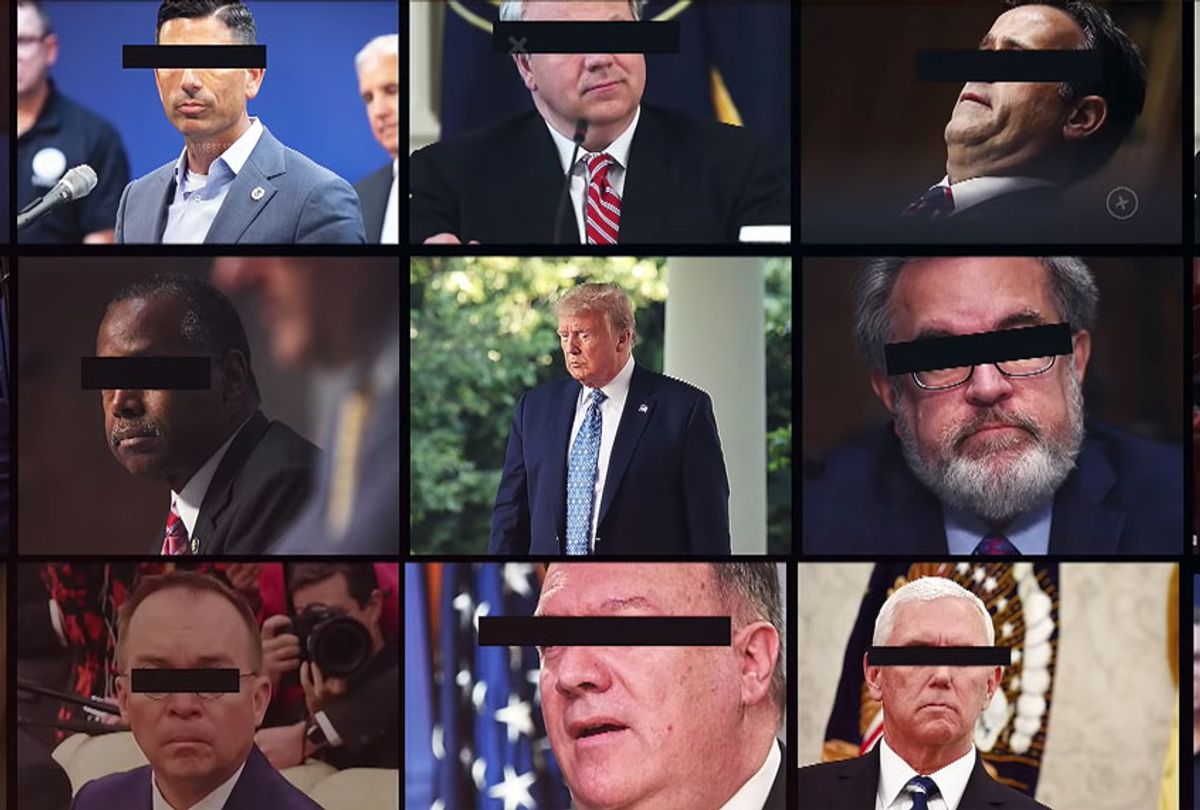 The narrator in a recent Lincoln Project ad tells listeners, "In six months, COVID-19 has killed more Americans than any disease in a hundred years. Donald Trump lied about it, rejected science, and still has no plan to save Americans."

The narrator tells listeners that, unlike Trump, Democratic challenger Joe Biden has a plan for the virus, while a second voice, in the background, reads the names of some of those who have died of the coronavirus.

The ad ends with the narrator saying, "On November 3, vote like your life depends on it."

The Lincoln Project's 'Names' ad uses elements of satire to increase its effect on viewers.

The ads, which air on television and online, were created by the Lincoln Project, a political action committee founded by longtime Republican strategists and staffers, including Steve Schmidt, who ran John McCain's 2008 presidential campaign; Rick Wilson, ad maker for politicians Rudy Giuliani and John Kasich; and George Conway, attorney and husband of Trump loyalist Kellyanne Conway.

The PAC has spent $28 million — most of that money on ads — to defeat Trump, who, it says, has destroyed GOP principles and, in the process, is destroying America. The ads portray Trump as unfit for the presidency — a draft dodger who calls soldiers who died in wars "losers."

Satire is a destructive art

Satire is the use of ridicule, sarcasm and irony to attack or expose the vices and follies of society. Satirists see themselves on the outside of society, looking in at an unjust or immoral world with mean-spirited, corrupt or inept leaders.

Effective satire must resonate with readers in a way that's intimate, personal and often uncomfortable. A satirist wants the reader to grimace or howl at his or her description of a politician's fatal flaws, and not chuckle comfortably as when watching a "Saturday Night Live" character parodying a politician.

An example of good satire that is an exception to the regular "Saturday Night Live" pattern of ridicule would be Tina Fey's spoof of Sarah Palin, which was meant to mock John McCain's 2008 running mate as wholly inadequate for the job of being vice president.

A satirist takes his or her sense of indignation and tries to shake the audience out of its sense of futility or indifference to confront the injustice.

For satire to be effective, it must attack someone or something that is readily identifiable. This often includes using someone's own words to make a fool out of them — as the Lincoln Project ads often do with Trump. One way to measure satire's effectiveness is in the response of the person being satirized.

The ads certainly struck a nerve with Trump, who called the Lincoln Project "the Losers Project."

If Trump intended to damage the project, it backfired. The group received $2 million in donations in the two days after his comment, which also inspired the creation of more ads that were designed to poke fun specifically at him.

Playing off his bragging of having the "most loyal people" working for him, one ad quotes John Kelly, Trump's former chief of staff, calling Trump "an idiot"; Rex Tillerson, the former secretary of state, calling Trump "a f—ing moron"; and John Bolton, the former national security adviser, saying, "I don't think he's fit for office."

Another ad targeted military families and veterans, showing American soldiers carrying the flag-draped coffin of one of their fallen comrades while the narrator reads out the words Trump has used to describe soldiers: "losers," "suckers," "dopes" and "babies."

The Lincoln Project ads have occupied the attention of the news media. The New Yorker and "60 Minutes" have published recent stories on the PAC, promoting its objective to defeat Trump.

Advertising Age reported that the ads have become a sensation during the 2020 campaign. One ad, called "Hospital," opens with an image of a patient in a hospital bed that then quickly fades to black as we hear the beep of a heart monitor. There is no narrator. The words on the screen say, "A death from COVID is the loneliest death imaginable."

The ad finishes by linking the responsibility for those deaths to Trump with the following words: "Over 200,000 Americans have lost their lives to COVID. We could have stopped it. His lying is killing us. We have to stop it. Vote him out."

The Lincoln Project uses many of the same techniques of satire, but gives them a thoroughly modern bite by using slick videography. The ads go viral on social media to audiences that may not watch television ads.

The Lincoln Project attacked Trump's handling of the coronavirus pandemic.

One Lincoln Project ad was posted after Trump was diagnosed with the coronavirus. The ad criticizes Trump for reportedly infecting staffers because he refused to wear a surgical mask and he mocked those who did. The ad, called "Covita," shows a montage of a maskless Trump at White House functions as a singer delivers a parody of the words from "Evita":

"Don't cry for me, White House staffers. The truth is, I will infect you. All through my tweeting, my mad existence. I broke my promise. Won't keep my distance."

The Lincoln Project may or not accomplish its objective to defeat Trump on Nov. 3. But it already has made a contribution to the tradition of political satire.

[Insight, in your inbox each day. You can get it with The Conversation's email newsletter.]