“The American public is entitled to know about his neurological health," Richard E. Cytowic M.D. writes 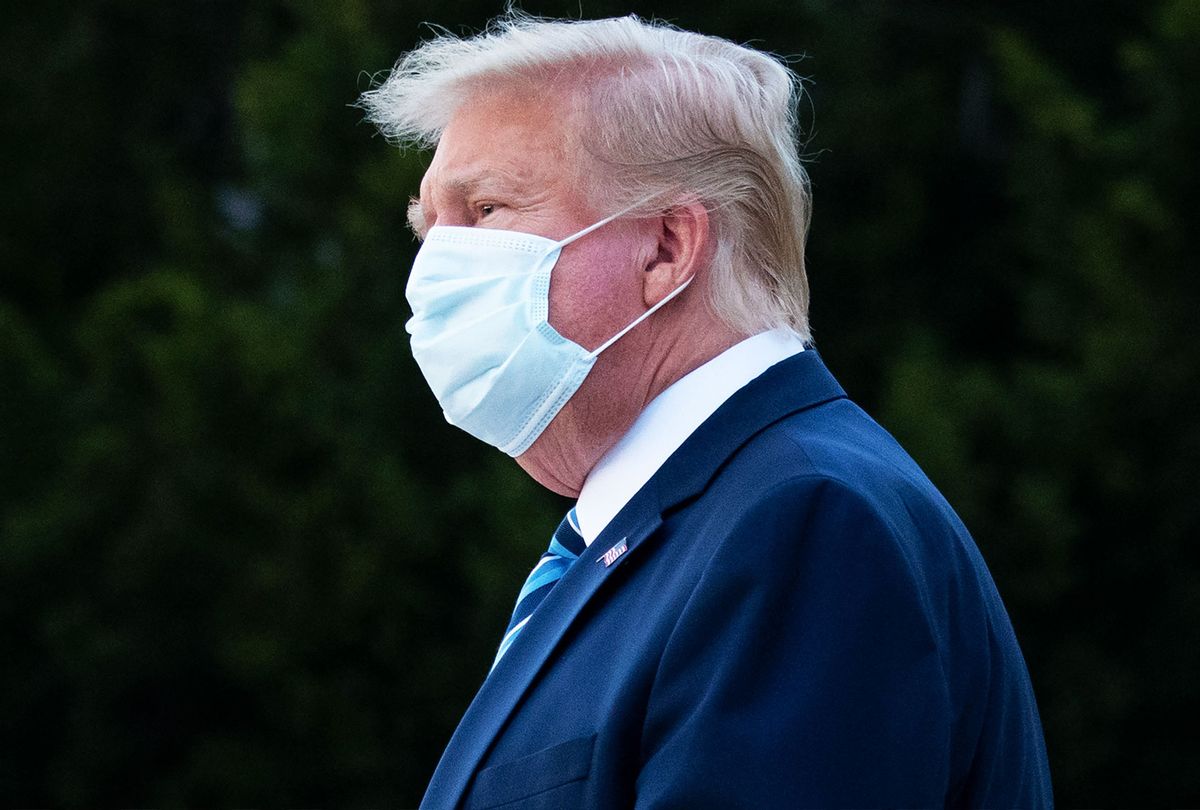 US President Donald Trump wears a facemask as he leaves Walter Reed Medical Center in Bethesda, Maryland heading to Marine One on October 5, 2020, to return to the White House after being discharged. (SAUL LOEB/AFP via Getty Images)
--

A professor of Neurology at George Washington University says he believes there may be legitimate concerns over President Donald J. Trump's "forward-listing posture" that goes beyond the comical memes and gif responses normally shared on social media.

"I know something about political figures and observable signs of illness from afar," Richard E. Cytowic M.D. wrote in Psychology Today. ". . . The American public deserves an accurate account of our president's health."

"While most frequently observed in Parkinson's Disease, the bent posture so evident in Trump may also be seen in Alzheimer's Dementia, movement disorders of the basal ganglia, and as the side effect of certain medications," Cytowic continued. "Also noted are the sudden, jerking movements of Trump's right arm. Since they occur only on one side, the prefix "hemi" is applied, while "ballistic" means sudden or flinging in the manner of a projectile. Trump's hemiballistic arm movements are evident in news clips from Memorial Day (also here via C-Span) at the Tomb of the Unknown Soldier, as are his uncontrolled swaying and forward tilt. He is seen to grab his wayward arm with the left one in an effort to keep it under control."

While Trump "aced" a 10-minute mental status screening in August, Cytowic said "the test is one an average adult should easily pass. To a neurologist, his way of walking, posture, and jerky movements are concerning and in want of explanation."

According to Cytowic, "It is true that individuals who have balance and gait issues similar to those observed in Trump can have degenerative brain disease in the frontal lobes, such as fronto-temporal dementia or Pick's Disease. Other possibilities are normal pressure hydrocephalus, sensory ataxia, peripheral neuropathy, small lacunar strokes in the basal ganglia, supranuclear palsy, the effects of too many medications, and Parkinson's Disease, which can begin on one side and also show early cognitive impairment."

Regardless, "The president is a public figure whose judgment we must trust," Cytowic said. "The American public is entitled to know about his neurological health given the enormous responsibilities placed on our commander in chief."