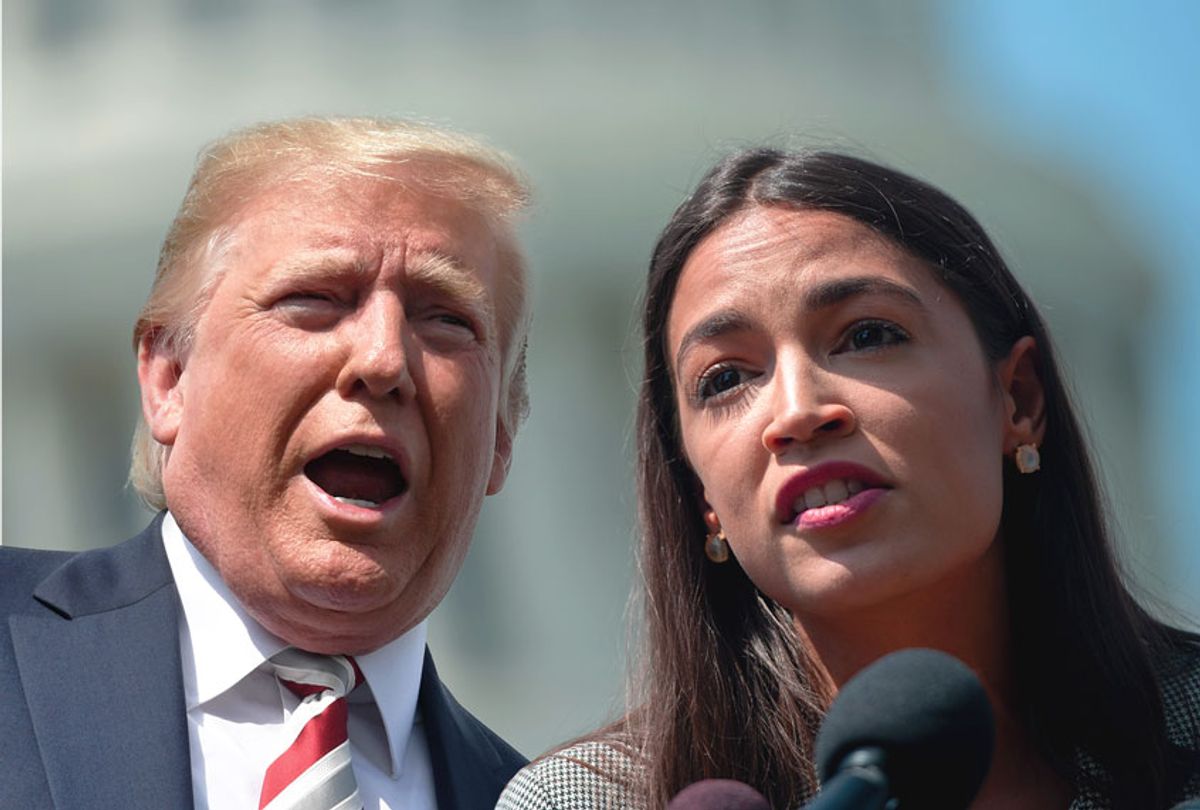 After President Donald Trump erroneously claimed during Thursday night's debate against Democratic presidential nominee Joe Biden that congressional support for the Green New Deal is limited to "AOC plus three," Rep. Alexandria Ocasio-Cortez fired back on social media: "It's actually AOC plus 115."

"That's how many House and Senate members have cosponsored the most ambitious climate legislation in American history," Ocasio-Cortez noted.

Although the New York Democrat has had to contend with dismissiveness of the popular resolution—which seeks to transform the U.S. into a more equitable and sustainable society by simultaneously creating millions of green jobs and reducing carbon emissions—from conservative members of her own party, she tweeted: "I am so deeply proud and grateful for each and every one of my House and Senate colleagues who stand for our future and champion the Green New Deal."

U.S. House candidates Jamaal Bowman of New York and Cori Bush of Missouri chimed in to note that in addition to the dozens of cosponsors of what Ocasio-Cortez called "the boldest climate plan in U.S. history," there is a growing number of progressives aspiring to join Congress who would lend additional support to the resolution.

"There's more than three," Bowman said on social media. Bush tweeted that "our progressive movement is here to stay, and we're only getting stronger."

"No matter who occupies the White House," she added, "we need progressive champions in the People's House."

The Green New Deal, which Ocasio-Cortez earlier this month described as "a massive job-creation and infrastructure plan to decarbonize and increase quality of work and life," is not just endorsed by 116 lawmakers.

Despite being "lied about nonstop," the congresswoman noted, the resolution remains popular among the electorate as well.

A 2019 survey conducted on behalf of 350 Action and Data for Progress found that the Green New Deal, summarized as "policies that would transition the U.S. economy from fossil fuels to clean energy sources and drive job-creating investments in infrastructure and communities," was supported by 59% of the nation's voters while only 28% opposed it.

More recent polling done last month by The Guardian and VICE News revealed that a growing share of the U.S. population favors stronger climate policies. Seventy percent of voters back government action to address the climate crisis, three-quarters want the U.S. to generate all of its electricity from renewable sources by 2035, and almost two-thirds reported being more likely to pick a candidate who favors a complete shift from dirty to clean energy.

While Biden has distanced himself from the Green New Deal label, a majority of voters support his proposal to invest $2 trillion over four years in energy efficiency, solar, wind, and related projects, according to Data for Progress.