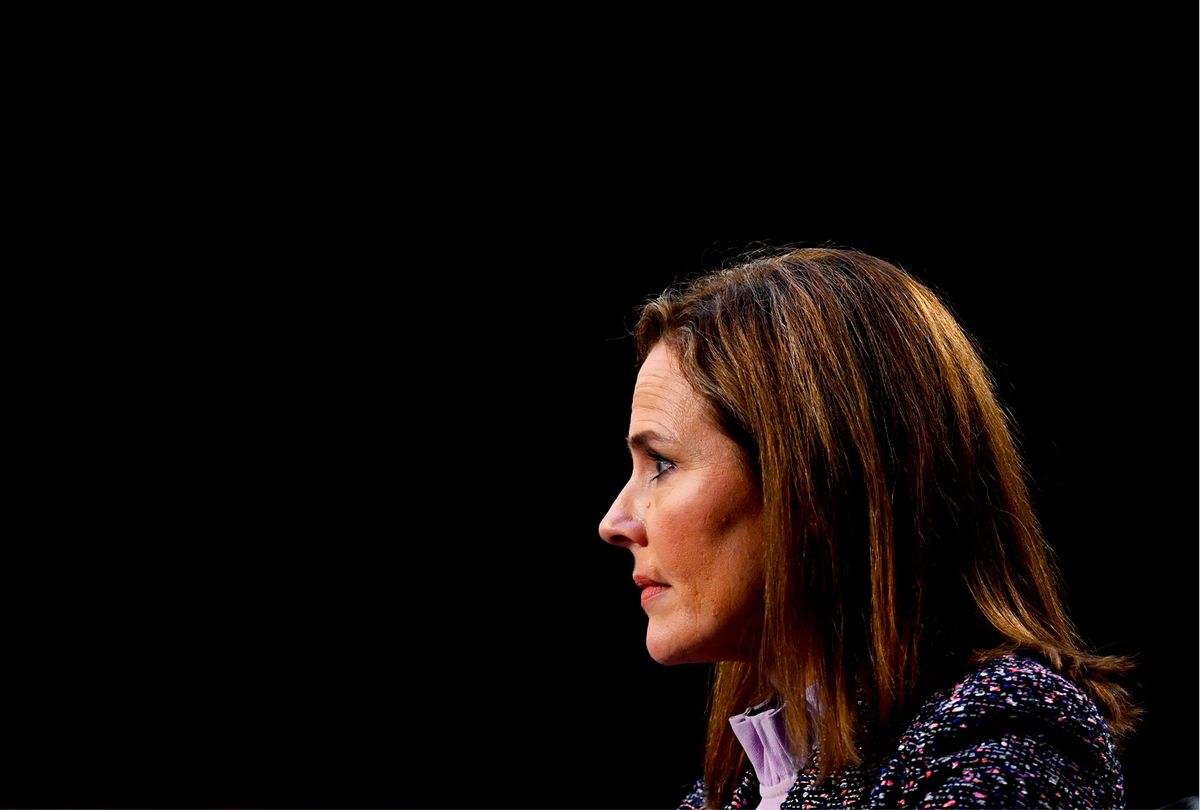 There's an important omission from Judge Amy Coney Barrett's Senate questionnaire about her fitness to serve on our Supreme Court.

She failed to disclose she served as Council Chair for St. Joseph Catholic Church in South Bend, Ind., for two one-year appointments, between 2013 and June 2015. Her responsibilities included providing counsel and advice to the pastor and assisting in all church duties, according to the church's documents on its Council Bylaws.

The parish runs a grammar school that, according to its website, teaches that "homosexual behavior" is an offense against the Sixth and Ninth Commandment. Neither commandment makes any reference to homosexuality. Both commandments address heterosexual behavior, however.

Barrett did disclose that she served on the board of the Trinity School in South Bend from 2015 to 2017, which is affiliated with community faith group, People of Praise, an extremely tight-knit and conservative Catholic religious organization. During that time, the school enforced a policy to not accept children of unmarried couples. The admissions policy clearly states that it excluded students with gay parents.

In addition, the pastor of her congregation in South Bend runs an organization that aims to keep people "who struggle with same-sex attraction" to live celibate lives instead.

While Barrett did list her role on the board of Trinity School in the exhaustive 69-page document submitted to the Senate Judiciary Committee, St. Joseph's Catholic Church cannot be found once in the filing. It raises questions of what kind of bigotry might be practiced there that she would not mention her ties to the church.

On the very first page of the U.S. Senate Judiciary Committee's Supreme Court nominee questionnaire, nominees are asked to include an employment record dating back to their college graduation. This would include any affiliation as an officer, director, partner or employee or non-profit organization, with or without pay.

This new information should cause the Senate Judiciary to pump the brakes on her confirmation. The Senate is expected to vote on her nomination on Oct. 26.

It may have been a calculated omission because Barrett provided details on her work history otherwise, going back to a job she held as a summer administrative assistant to Phelps Dunbar LLP, in New Orleans, in 1994.

Her position as parish council chair was unpaid. Barrett and her husband, Jesse M. Barrett, were also generous donors to St. Joseph's Church. An annual report for 2012-2013 shows a donation for that year between $10,000 and $25,000.

While it's no secret the Trump administration wants to fill every possible bench with a conservative judge, Barrett was hand picked by former White House counsel Don McGahn. He put Barrett forth for consideration noting her "unbending conviction on social issues."

Calls to Barrett's office and various senators on the Judiciary Committee were not returned. A call to St. Joseph's Catholic Church was redirected to the Bishop's office of the Diocese in Fort Wayne, Ind.