Did Trump confuse the public option with "Medicare for All"? 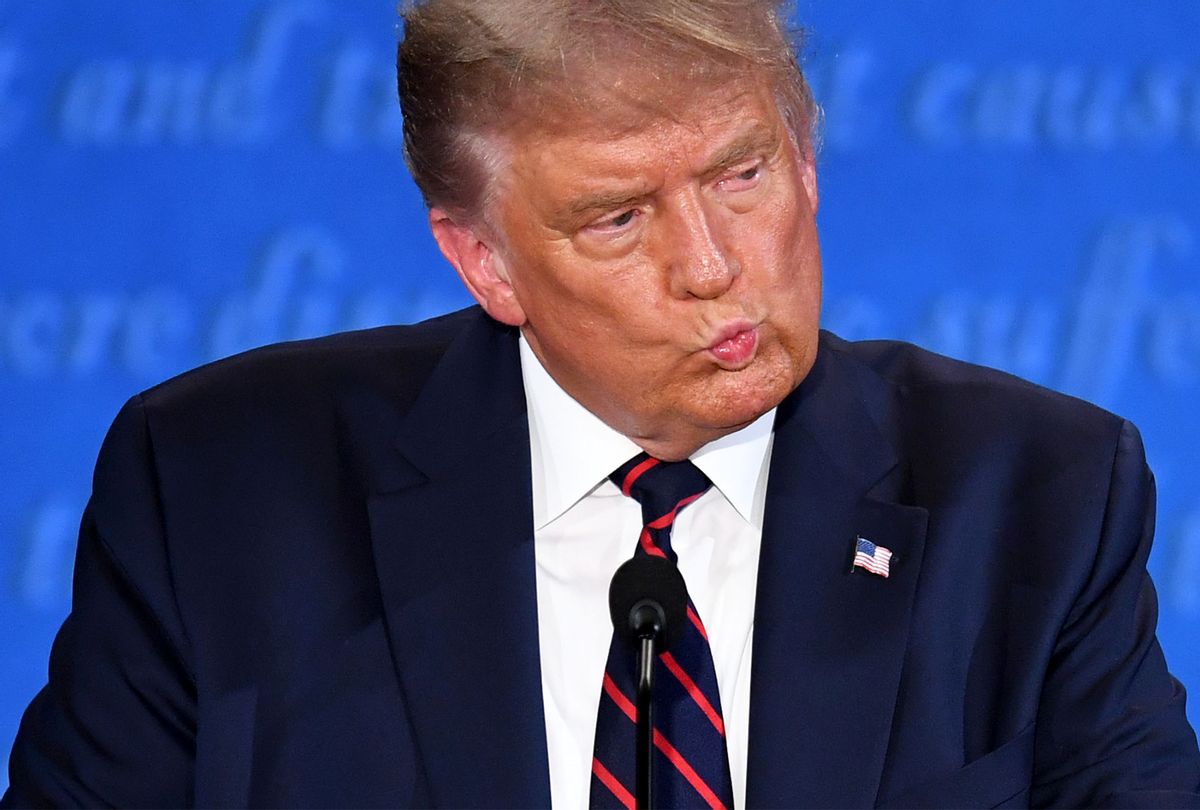 "They have 180 million people, families under what he wants to do, which will basically be socialized medicine — you won't even have a choice — they want to terminate 180 million plans," said Trump.

Trump has repeated this claim throughout the week, and we thought the linkage of Biden's proposed health care plan with socialism was something we needed to check out. Especially since Biden opposed "Medicare for All," the proposal by Sen. Bernie Sanders (I-Vt.) that would have created a single-payer health system run completely by the federal government, and has long been attacked by Republicans as "socialist."

The Trump campaign did not respond to our request asking where the evidence for this claim came from. Experts called it a distortion of Biden's plan.

Where the number comes from

Experts agreed the number of people who have private health insurance either through an employer-sponsored plan or purchased on the Affordable Care Act's health insurance marketplace is around 180 million people.

KFF, a nonpartisan health policy organization, estimated in 2018 that about 157 million Americans had health insurance through their employer, while almost 20 million had insurance they purchased for themselves. Together, that adds up to about 177 million with private health insurance. (KHN is an editorially independent program of KFF.)

What does Biden support?

"The marketplace is made up of multiple insurers in areas," said Linda Blumberg, a health policy fellow at the Urban Institute. "Sometimes there are five or more [plans]; sometimes there is only one. Biden is talking about adding a public option in the marketplace. You could pick between these private insurers or you could pick the public option."

Getting rid of the so-called employer firewall is also part of Biden's proposal.

This firewall was implemented during the rollout of the ACA. It was designed to maintain balance in the insurance risk pools by preventing too many healthy people who have work-based coverage from opting instead to move to a marketplace plan. And it all came down to who qualified for the subsidies that made these plans more affordable.

Currently, those who are offered a health insurance plan through their employer that meets certain minimum federal standards aren't eligible to receive these subsidies, which come in the form of tax credits. But that leaves many low-income workers with health care plans that aren't as affordable or comprehensive as marketplace plans.

Biden's plan would eliminate that firewall, meaning anyone could choose to get health insurance either through their employer or through the marketplace. That's where many Republicans argue that we could start to see leakage from private health insurance plans to the public option.

"The problem is healthy people leaving employer plans," said Joseph Antos, a scholar in health care at the conservative-leaning American Enterprise Institute. That could mean the entire workplace plan's premiums would go up. "You could easily imagine a plan where it spirals, the premiums go up, and then even more people start leaving the plans to go to the public option."

Blumberg, though, said that because the marketplace would still include private health insurance plans alongside the public option, it doesn't mean everyone who chooses to leave their employer plan would go straight to the public option.

She has done estimates based on a plan similar to the one Biden is proposing. She estimates that only about 10% to 12% of Americans would choose to leave their employer-sponsored plans, which translates to about 15 million to 18 million Americans.

KFF also did an estimate and found that 12.3 million people with employer coverage could save money by buying on the exchange under the Biden plan.

But "it's not clear all of those people would choose to leave their employer coverage, though, as there are other reasons besides costs that people might want to have job-based insurance," Cynthia Cox, vice president and director of the program on the ACA at KFF, wrote in an email.

Either way, none of the estimates are anywhere close to the 180 million that Trump claimed.

Is this type of public option socialism?

"Socialized medicine means that the government runs hospitals and employs doctors, and that is not part of Biden's plan," Larry Levitt, executive vice president for health policy at KFF, wrote in an email. "Under Biden's plans, doctors and hospitals would remain in the private sector just like they are today."

However, Antos said that, in his view, the definition of socialism can really vary when it comes to health care.

"I would argue in one sense, we would already have socialized medicine. We have massive federal subsidies for everybody, so in that sense, we're already there," said Antos. "But, if socialized medicine means the government is going to dictate how doctors practice or how health care is delivered, we are obviously not in that situation. I don't think the Biden plan would lead you that way."

And in the end, Antos said, invoking socialism is a scare tactic that politicians have been using for years.

While about 180 million people do have private health insurance, there is no evidence that all of them would lose their private plans if Biden were elected president.

Biden supports implementing a public option on the health insurance marketplace. It would exist alongside private health insurance plans, and Americans would have the option to buy either the private plan or the public plan. While estimates show that a number of Americans would likely leave their employer-sponsored coverage for the public plan, they would be doing that by choice and the estimates are nowhere near Trump's 180 million figure.

Experts also agree that the public option is not socialized medicine, and it's ridiculous to conflate Biden's plan with Medicare for All.

We rate this claim Pants on Fire.