How coronavirus exposed the flaws of the childcare economy

The well-being of children, women, and especially women of color is at stake 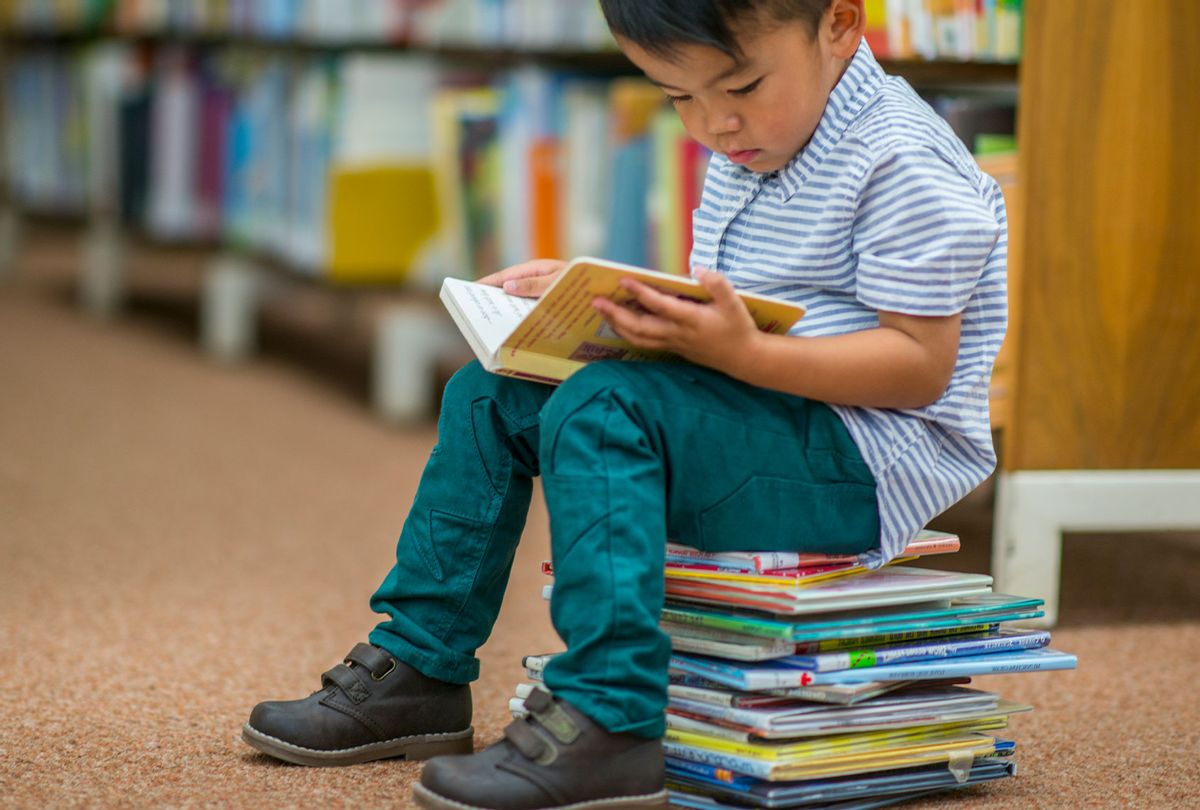 Reading On A Stack Of Books (Getty Images)
--

The U.S. government's Bureau of Labor Statistics finds that childcare workers in the nation have a median salary of just over $24,000 a year—below the poverty line for a family of four. The segment of our nation's workforce that attends to the basic needs of our children is shockingly underpaid, and now during the coronavirus pandemic, left even farther behind as childcare centers are forced to downsize or close. At the same time, billionaires have minted money during our time of national crisis. The fortunes of the wealthiest have increased by a quarter over the past several months, proving once more that the economy is rigged to benefit the already-rich.

It is no coincidence that an industry dominated by women, particularly women of color (40 percent of childcare workers are women of color—twice their population representation) is in dire straits. The vast majority of childcare workers do not have health insurance. Many are self-employed and, even before the pandemic, operated on razor-thin margins to stay financially afloat. While the cost of operating a childcare center is fixed, children age out quickly, making revenues extremely unstable. According to the Wall Street Journal, "The businesses have little in the way of collateral. Banks are rarely interested in lending to them, beyond costly credit cards, making it difficult to ride out rough patches."

In other words, childcare is not a lucrative business in spite of its crucial nature, and while the cost of childcare for parents is often far too high, the cost of operating even a bare-bones childcare business is also too high.

Once the pandemic hit, many childcare providers simply lost clients as lockdowns required families to remain at home. According to one survey conducted in April 2020, "60% of programs [were] fully closed and not providing care to any children" at that time. While some workplaces were able to transition to remote environments, by its nature, childcare work was not able to adapt to this "new normal." While many workers like grocery store employees, nurses, and delivery drivers were deemed "essential" to society and continued working, they needed care for their out-of-school children. Suddenly American women providing childcare found themselves out of work, while women in other industries had no access to the care their children required.

Millions of parents, mostly mothers, have already left the workforce to care for their children during the pandemic. The U.S. Census Bureauin August 2020 found that nearly 20 percent of "working-age adults said the reason they were not working was because COVID-19 disrupted their childcare arrangements." Additionally, "women ages 25-44 [were] almost three times as likely as men to not be working due to childcare demands."

Melissa Boteach of the National Women's Law Center told Politico, "the parents who are not going to be able to go back to work or who are going to have to give up their careers or jobs for less pay—because they can't find the child care to cover the hours that they need—are disproportionately going to be women and women of color." In other words, women of color are disproportionately impacted on both ends of the childcare equation—both as providers and as customers who rely on these services.

As I prepared for an interview with Wendoly Marte, director of economic justice at Community Change Action, about the crisis of childcare, I fielded texts from my seven-year-old son who could not find an extension cord for the tablet that he uses for school. My child was in the room next to the home-studio that I work out of and knows never to disturb me during interviews. But he was desperate to turn his device on so he wouldn't miss his next lesson. I found myself for the umpteenth time wishing I didn't have to work so I could be more present for my children during a time of deep uncertainty. But I also remembered how much I loved my job and continued to speak with Marte, who explained that I was not alone. "I think a lot of parents have had to make really hard choices over the last few months as they tried to balance working from home and caring for their children," said Marte, who helps to organize childcare workers and amplify their voices in government.

Like millions of American women, I find myself constantly worrying about the state of my children's mental health during the pandemic. Isolated from their peers and forced to learn through screens and Zoom chats, they are coping as best as they can. I am terrified of the long-term impacts on them and yet unable to leave a job on which my family depends to help pay the mortgage and purchase necessities, and at the same time resenting the fact that I have to even consider leaving a job that I love and that I have invested years of my life in.

The pandemic has highlighted, in Marte's words, the need for "a system that is truly universal and equitable and that takes into account the perspective of parents, the children, and the childcare providers." She articulated that "we're going to need a serious public investment in a bold solution that actually matches the scale of the crisis."

There was a crisis in childcare even before the pandemic. More than a year ago, the Center for American Progress explained that "Whether due to high cost, limited availability, or inconvenient program hours, child care challenges are driving parents out of the workforce at an alarming rate," and that, "in 2016 alone, an estimated 2 million parents made career sacrifices due to problems with child care." Add to that a public health crisis that has no end in sight, and the U.S.'s childcare industry could collapse entirely under the weight of multiple pressures.

While the federal government made available small business loans through the Paycheck Protection Program earlier this year, the Bipartisan Policy Center concluded that the program did not work for childcare businesses and only about half of applicants ever received the government-backed loans. While the federal government's "Childcare and Development Fund" provides some measure of support through block grants, according to Marte it is not nearly enough and "the money ran out very quickly."

In late July, House Democrats passed the Childcare Is Essential Act, which Marte's group has supported. The bill creates a $50 billion fund to buttress the reeling industry. But Senate Majority Leader Mitch McConnell (R-KY) has made clear that he is far more interested in remaking the judicial system to benefit conservatives than ushering in financial aid bills for ordinary Americans.

President Donald Trump and his allies have expressed an eagerness to return to normal that is not couched in reality as a third wave of coronavirus infections threatens to derail the economy once more. Without direct federal government intervention to save the childcare industry, the future is frighteningly precarious for women, and especially women of color.

Democratic presidential nominee Joe Biden has shrewdly outlined a plan for what his campaign calls a "caregiving economy," promising to "[e]nsure access to high-quality, affordable child care and offer universal preschool to three-and four-year olds through greater investment, expanded tax credits, and sliding-scale subsidies." The ambitious $775 billion plan is a start, and Biden will need to be held to his promises if he wins the White House.

When the coronavirus upended the economy, the crisis of childcare that had been brewing for years exploded and revealed the truly barbaric nature of a society that leaves human needs to the whims of "market forces." There is no better symbol of a society's future potential than the well-being of its children, and judging by that, we are in deep trouble.