The female recession: Why the workplace gender gap is growing during the pandemic 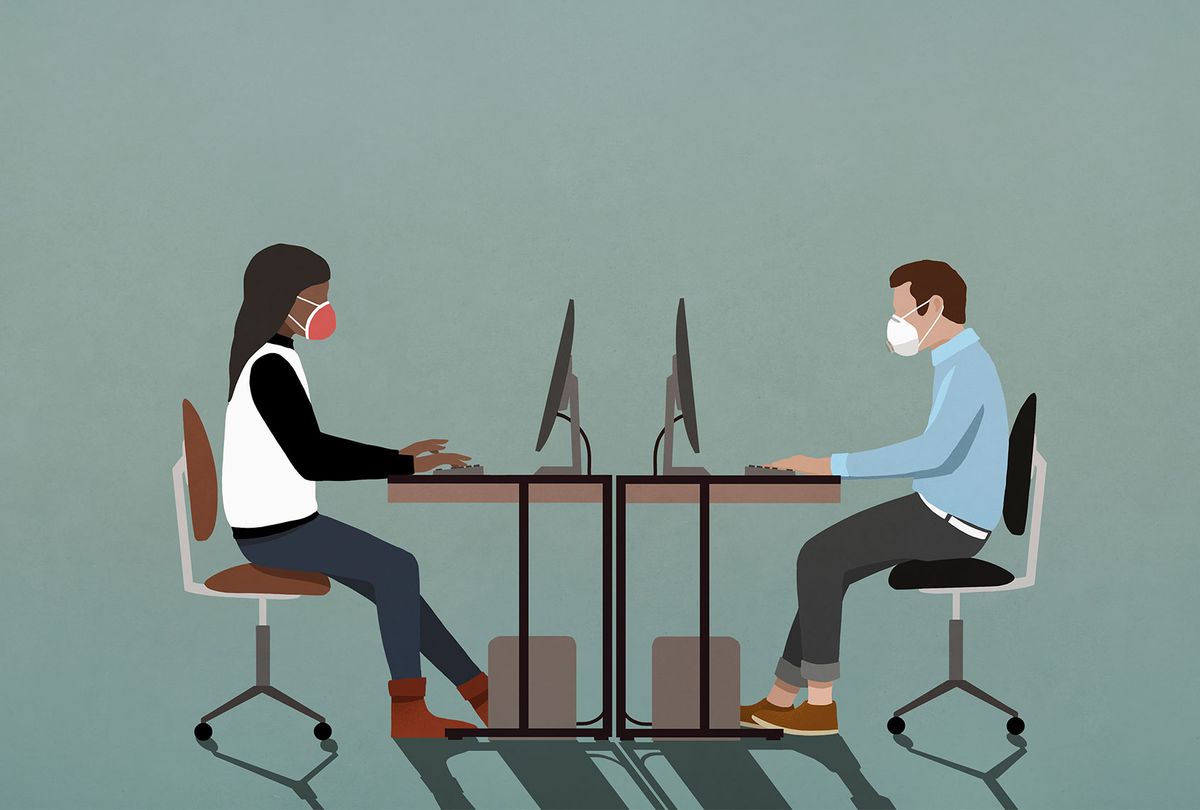 Policymakers may say they care about gender equality, but when a crisis hits America, it's women who are the canaries in the coal mine. Indeed, since the start of the pandemic, multiple analyses have found that women's careers face a greater risk of falling apart than men's. According to the Women in the Workplace report, one in four women are thinking of either leaving the workforce of downshifting their careers—a move that would have been dubbed "unthinkable" last year. Black women said they were more likely to consider stepping away from their careers due to the pandemic, according to the study.

This could put women back decades in terms of progress. While women made up 47 percent of the U.S. workforce in 2020 — a notable milestone — they also account for 54 percent of initial coronavirus-related job losses as of May 2020. The childcare gap is part of the problem: working mothers have reported that they've reduced their work hours four to five times more than fathers to care for kids, according to a study published in July. To top it all off, a recent study by Qualtrics and theBoardlist found that only 9 percent of women have received a promotion while working remotely with children at home, compared to 34 percent of men. The same study found that 26 percent of men with children at home received a pay raise; only 13 percent of women with children at home reported getting a raise. In other words, the pandemic is not merely bad for women's progress — it's setting back gender equality.

Hence, as many media outlets have noted, we're entering a "female recession." As much as it's unfortunate that decades of progress around women's economic empowerment is regressing, it is also unsurprising. American culture that doesn't make it easy for women, especially working caregivers, to do their jobs. Emotional labor, which women are more likely to engage in whether as paid work or unpaid (i.e. caregiving), is coded as feminine. Yet this kind of work isn't valued in our society, especially in the middle of a crisis. Most workplaces frown upon a woman having to leave early to pick up her kids from daycare; according to the 2016 Society for Human Resources Management's National Study of Employers, only 7 percent of U.S. companies offer on-site or near-site childcare. This is precisely why when a crisis hits, women's work is expendable.

I can't help but think about the similarities between now and World War II. The 1940s appeared to be a revolutionary time for women in the workplace, as women took on many of the hard labor and factory jobs that was previously considered a man's work. Still, the only reason that women entered the workforce en masse was because there weren't enough men to do what were thought of as "men's jobs." "Women are called upon to leave their homes and take jobs," wartime propaganda reels barked, implying it was their civic duty. While the propaganda today isn't as explicit, I'd argue the cultural expectation remains that women will drop everything and change the course of their future because of a crisis.

In any case, back in the 1940s, having more women in the workforce, including in government jobs, had both positive effects on policy and the economy.  Most notably, Congress passed the Defense Housing and Community Facilities and Services Act of 1940, also known as the Lanham Act, which created publicly funded childcare centers in communities with defense industries to boost maternal employment.

But what happened when men returned from war? Most of the women who had entered the workforce lost their jobs. The Lanham Act was dismantled, too, as part of numerous efforts to push women back out of the workforce. Funds for the publicly-funded child care centers withered.

Once the pandemic ends, it will be harder for stay-at-home mothers to reenter the workforce. According to a one study in Harvard Business Review, mothers who get laid off are more likely to land a job interview than stay-at-home moms. As many schools are closed, childcare options are limited. For heterosexual couples with kids, the decision of who's going to be responsible for childcare duties, especially if they can't afford to hire assistance, generally falls on the partner who is making less. That's most likely to be women; according to Census Bureau data from 2018, women of all races earned 82 cents for every $1 earned by men of all races.

This is all to say that women's careers during the pandemic are disproportionately suffering. Yet it didn't have to be this way. Many analysts could see that the pandemic workplace gender gap was bound to grow. The aforementioned Women in the Workplace study outlines a few actions companies can take to prevent the gender socioeconomic gap from widening from the pandemic. First, employers can change their cultural norms around flexibility, be active in eliminating gender bias, and offer more paid time off or resources for homeschooling. "Given how unprecedented this crisis is, they [employers] should also consider whether their benefits go far enough to support employees," the authors of the paper state.

While these are good suggestions, change shouldn't entirely be up to the private sector; it's three-fold. Few employers will voluntarily change their behavior if it is not profitable, which is why it has to be top-down, from the government. While we shouldn't hold out hope for the regressive Trump administration to take action, the coming election may also serve as an indirect referendum on the future of female progress.