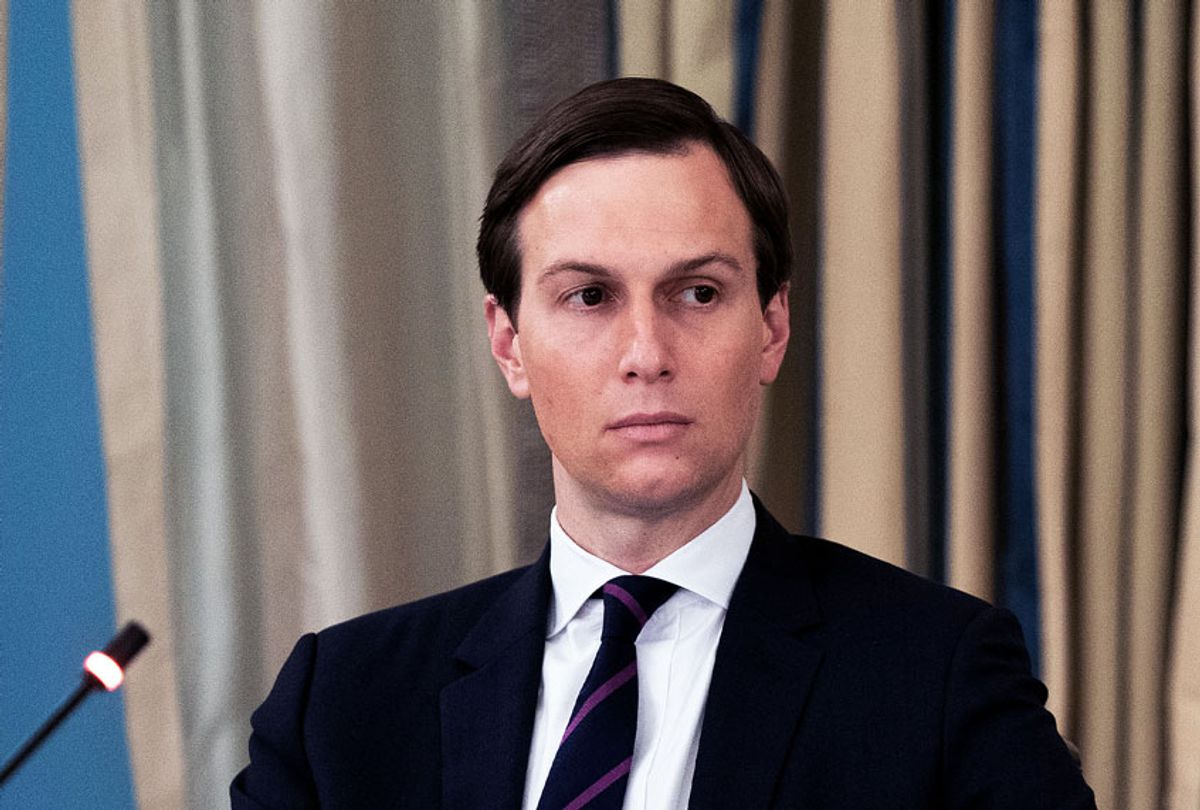 Senior White House adviser Jared Kushner—who like his boss and father-in-law President Donald Trump is a product of his family's fortune—was mercilessly lambasted on social media on Monday after he mocked Black Lives Matter activists and suggested that many Black people don't want to be successful.

Appearing on the Fox News morning show "Fox & Friends," Kushner—some of whose $1.8 billion family fortune was amassed off the misfortune and suffering of Black people—and the hosts discussed economic issues facing the Black community. Racism was not mentioned. Kushner did touch upon the subject, albeit in a decidedly derisive fashion. After mentioning George Floyd, the unarmed Black man killed in May by Minneapolis police, Kushner accused people who expressed support for Black lives of "virtual signaling."

"They'd go on Instagram and cry or they would put a slogan on their jersey or write something on a basketball court," he said. "And quite frankly, that was doing more to polarize the country than it was to bring people forward."

While admitting that Black Americans overwhelmingly vote for Democrats, Kushner asserted that Trump's "Platinum Plan"—which seeks to help Black people through capitalism-based solutions without acknowlegding the existence of racism as an obstacle to opportunity—and other policies "can help people break out of the problems that they're complaining about, but he can't help them be successful more than they want to be successful."

"This dismissive approach to the issues that Black voters care about is indicative of Trump's callousness and disregard for the lives of Black people," the statement said.