"We were forced to seek remedy for Mr. Falwell’s ongoing injuries and damage to his reputation," his attorney says 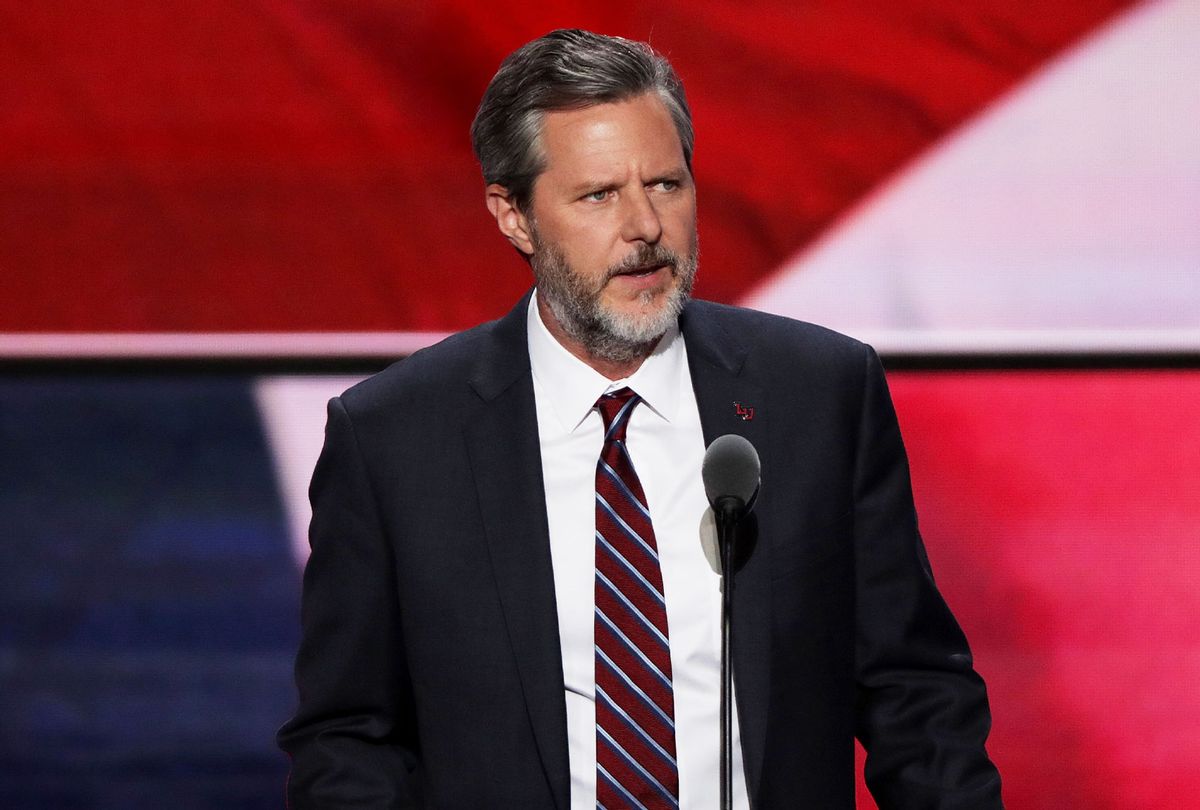 President of Liberty University, Jerry Falwell Jr., delivers a speech during the evening session on the fourth day of the Republican National Convention on July 21, 2016 (Alex Wong/Getty Images)
--

Former Liberty University President Jerry Falwell Jr. is suing the evangelical college for forcing him to resign in the wake of a stream of scandals, NBC News reports.

"We attempted to meet several times with the Liberty University Board of Trustees Executive Committee but were unsuccessful in doing so. Thus, we were forced to seek remedy for Mr. Falwell's ongoing injuries and damage to his reputation through the court," Falwell's lawyer Robert Raskopf said in a statement.

Falwell made headlines after a former hotel pool attendant-turned-business partner, Giancarlo Granda, 29, told Reuters that he had an affair with Falwell's wife, which started in 2012, when he was 20, and ended in 2018.