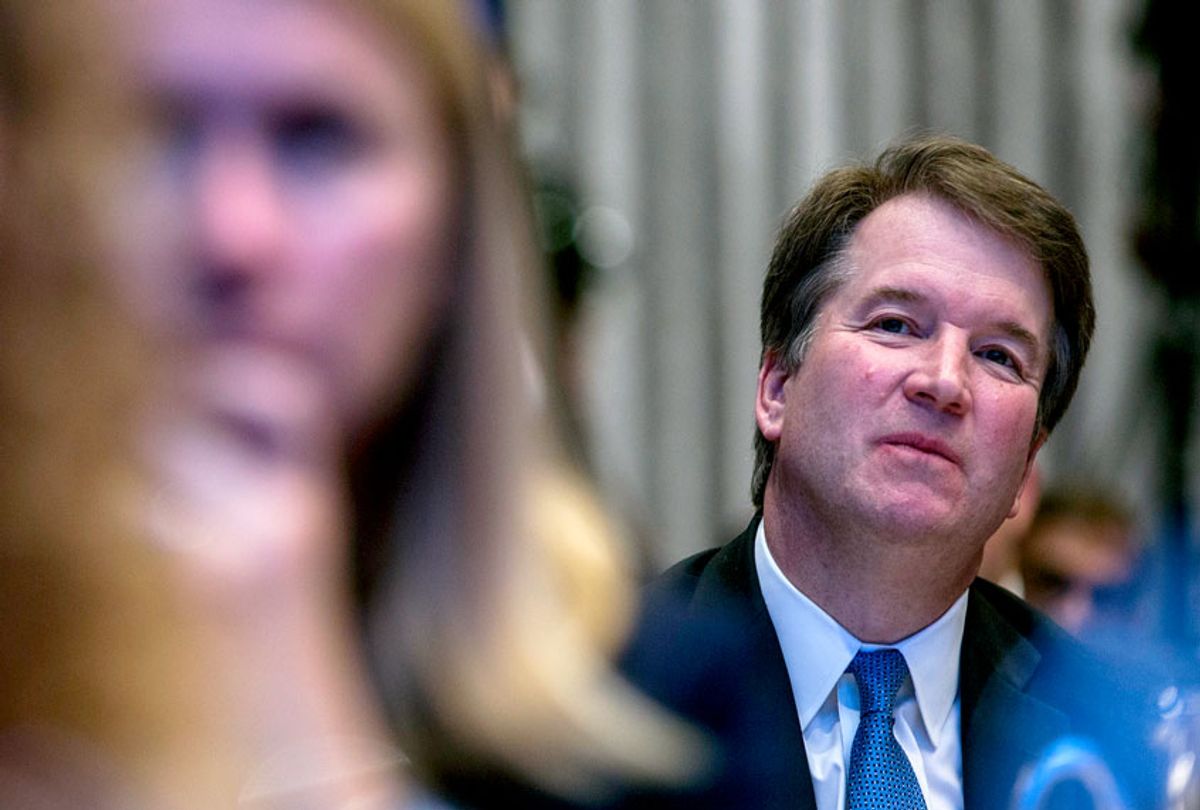 Kavanaugh issued a concurring opinion in the Supreme Court's 5-3 decision to ban Wisconsin from counting mail-in ballots if they are sent by Election Day but arrive after Nov. 3, citing Vermont as an example of a state which had not changed its "ordinary election rules" due to the coronavirus pandemic.

Vermont Secretary of State Jim Condos pointed out that was not true, noting that the state had sent mail-in ballots to every active registered voter for the first time and changed rules to allow those ballots to be counted earlier than in previous elections.

"These two actions factored significantly in our decision to hold to existing law requiring the election day receipt of mailed ballots rather than extending returns beyond election day based on postmark," Condos wrote in a letter to the court. "Since the state of Wisconsin neither changed its ordinary election rules this year to mail each of its active registered voters a ballot nor authorized its local election officials to process ballots early, Vermont is not an accurate comparison for the assertion Justice Kavanaugh has made. I respectfully ask that the record is corrected to reflect that."

Condos posted the letter calling out Kavanaugh's "erroneous claim" on Twitter, arguing that "when it comes to issuing decisions on the voting rights of American citizens, facts matter."

"Other states such as Vermont, by contrast, have decided not to make changes to their ordinary election-deadline rules, including to the election-day deadline for receipt of absentee ballots," his opinion now reads.

Aside from mischaracterizing Vermont's election rules, Kavanaugh baselessly echoed President Donald Trump's claim that ballots counted after Election Day could "flip the results" of the vote even though Election Day results are not final or certified in any state.

"These states want to avoid the chaos and suspicions of impropriety that can ensue if thousands of absentee ballots flow in after election day and potentially flip the results of an election," Kavanaugh wrote. "And those states also want to be able to definitively announce the results of the election on election night, or as soon as possible thereafter."

Kagan shot back in her dissent that "there are no results to 'flip' until all valid votes are counted."

"Nothing could be more 'suspicio[us]' or 'improp[er]' than refusing to tally votes once the clock strikes 12 on election night," she wrote. "To suggest otherwise, especially in these fractious times, is to disserve the electoral process."

"What will undermine the 'integrity' of that process is not the counting but instead the discarding of timely cast ballots that, because of pandemic conditions, arrive a bit after Election Day," Kagan added.

Citing litigation around the 2000 presidential election recount, Kavanaugh also wrongly claimed that a "unanimous" Supreme Court had endorsed the theory that the high court must "police state courts' interpretation of their own state's election laws," Stern wrote, even though "this position never drew support from a majority of the justices, let alone all of them."

The Trump-appointed justice also cited a law review article by New York University law professor Richard Pildes to warn against the risk that late-arriving ballots "destabilize the election result." But Pildes actually argued in the article that every state should postpone its deadline for accepting mailed ballots submitted by Election Day.

"States that require absentees to be received by election night or shortly after should move this date back," Pildes wrote. "Moreover, if a significant number of votes come in after a receipt deadline that has not been changed and that is much tighter than in other states, ex post litigation challenging that deadline is easy to imagine. This is exactly what we do not want to face for a risk that can be mitigated in advance."

Kavanaugh's opinion alarmed election law experts, who warned that the conservatives on the Supreme Court appear "poised to allow Republican states to engage in all manner of voter suppression in the name of protecting the rights of state legislatures."

"Kavanaugh's opinion advanced a controversial theory about near-absolute power of state legislatures to set rules in federal elections. It also was sloppy in talking about facts and the law, and it echoed Trump's false talking points about the perils of voting by mail," Rick Hasen, an election law expert at the University of California Irvine School of Law, wrote in a Washington Post op-ed. "The overall tenor of Kavanaugh's opinion was not only dismissive of voting rights, but it also appeared to suggest that decisions to limit counting and enfranchisement are constitutionally mandated."