Boats keep striking right whales, and they’re almost extinct because of it 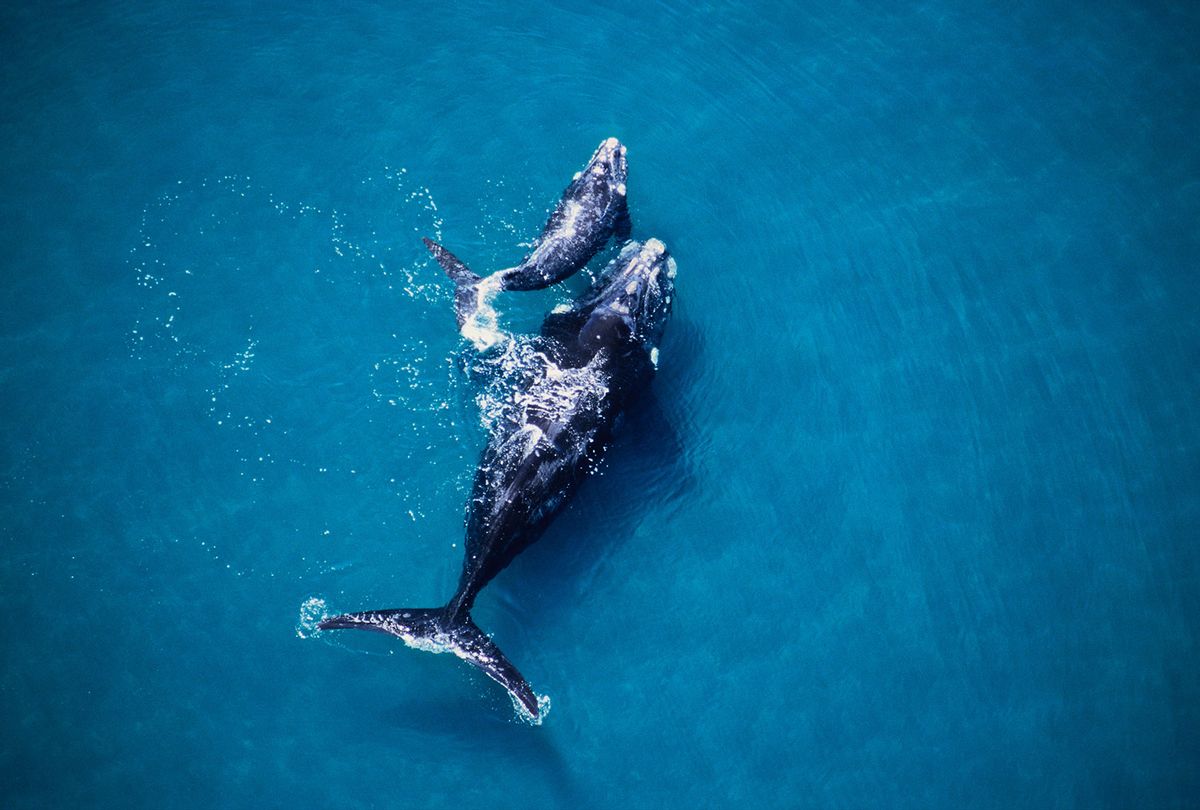 A new estimate of the North Atlantic right whale population shows they're in worse shape than previously thought. According to the National Marine Fisheries Service (NMFS), there are an estimated 366 remaining in the wild on Earth as of January 2019. That number is an 11 percent decrease from the previous estimate of 214 in January 2018.

North Atlantic right whales can be found off the coast of New England, North Carolina and Cape Canaveral, depending on the time during their migration season. They can grow to be up to 52 feet long and live to be up to 70 years old. They feed by opening their mouths swimming slowly through large patches of zooplankton, and they communicate using low-frequency groans and pulses. Like all whales, they're major carbon sequesters; it's been estimated that whales can absorb an average of 33 tons of carbon throughout their lifetime. As such, they've been hailed as a potential natural solution to climate change.

According to the National Oceanic and Atmospheric Administration (NOAA), the population of the north Atlantic right whale peaked in 2011 at 481. Within the current population, only 94 are believed to be reproductive females. The species is facing a genetic bottleneck, meaning a sharp decline in population size due to environmental events, which limits the genetic diversity that can occur within the species. One example of this is what happened with the Northern Elephant Seal, despite being a conservation success story the genetic bottleneck has made the species more susceptible to various diseases.

Officials at Oceana, a nonprofit ocean conservation organization, say it will take urgent action to save the species.

"The new estimates that only about 360 North Atlantic right whales remain underscores the need for immediate action to protect this critically endangered species," Oceana campaign director Whitney Webber said in a statement. "The time to act is now."

North Atlantic right whales can be difficult to spot in the ocean, since they are dark in color and don't have a dorsal fin. They are also slow swimmers, averaging around 6 miles per hour; at normal operating vessel speeds, ships can't easily avoid them since they're too slow to move out of a ship's way. This puts them at a great risk of being hit by a ship and injured from propellers. Macabrely, the right whale got its name because it was the "right" whale to hunt because of the slow pace at which it moves.

"We know that North Atlantic right whales are getting entangled in fishing gear and hit by vessels," Webber said. "We must reduce the number of fishing lines in the water and require vessels to slow down when right whales are present."

North Atlantic right whales have been listed as "endangered" under the Endangered Species Act since 1970.

"It's a challenge of health and mortality," Michael Moore, senior scientist and director of the Marine Mammal Center at Woods Hole Oceanographic Institute, told WBUR. "The species needs to have healthy individuals that can be reproductive, and we have to stop killing them."

In 2018, the Trump administration approved five requests from oil and gas companies to conduct offshore seismic testing. Such tests involve massive underwater detonations which can harm thousands of marine mammals. Dr. Howard Rosenbaum, director of the Wildlife Conservation Society's Ocean Giants Program, told Salon he was "disappointed" that the Trump Administration approved the permits which were previously denied by the Obama administration in 2017 right before he left office.

Marine researchers and advocates were concerned about how the testing would create more stress for a whale population that is already overtaxed.

"Whales and dolphins and other species depend on sound for their ability to find food, mates, avoid predators, and to navigate everything they need to do to survive and reproduce in the wild," Michael Jasny, the Director of the Marine Mammal Protection Project at the Natural Resources Defense Council, told Salon. "When you introduce an activity this disruptive you have effects on the entire marine ecosystem on a wide scale."

"The dramatic declines of species such as the North Atlantic Right Whale included in today's IUCN Red List update highlight the gravity of the extinction crisis," Dr. Jane Smart, Global Director of the International Union for Conservation (IUCN) of Nature Biodiversity Conservation Group, said in a statement.  "Saving the fast-growing number of threatened species from extinction requires transformational change, supported by action to implement national and international agreements."