Americans voted for major progress on climate crisis and clean energy — will they get it?

Joe Biden's administration will immediately move us back into the Paris accords. That's a real accomplishment 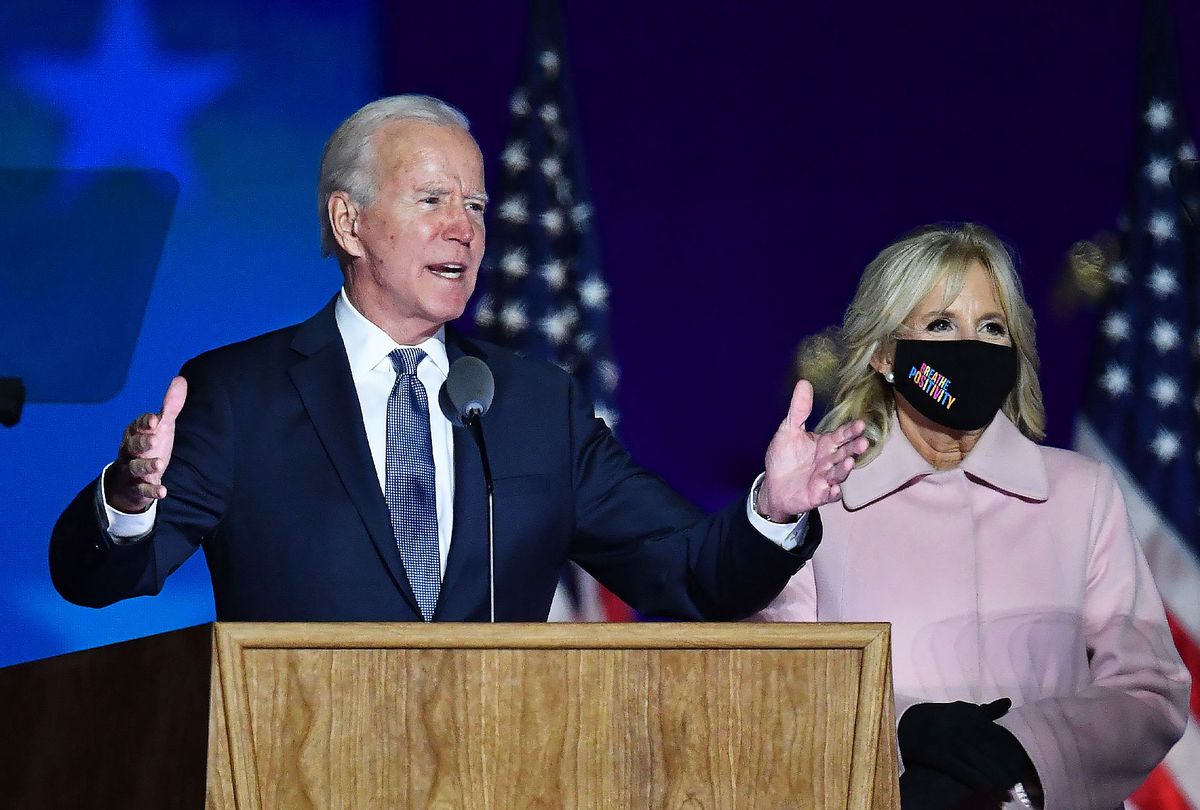 Democratic presidential nominee Joe Biden along with his wife Jill Biden speaks during election night at the Chase Center in Wilmington, Delaware, early on November 4, 2020. (ANGELA WEISS/AFP via Getty Images)
--

On Wednesday, one day after our closely contested presidential election, the United States stepped away from its adherence to the 2015 Paris Climate Agreement, a decision announced by President Trump back in June,2017 as the rhetorical centerpiece of his campaign to unleash the ferocity of an even more unstable climate on American communities in the name of "energy dominance."

Given the decision by a solid popular-vote verdict of American voters — and apparently also the needed majority in the Electoral College — to choose a change in direction on energy policy and other issues by entrusting the helm of the ship of state to Joe Biden, that retreat will constitute one of the most ephemeral episodes in foreign policy history. The U.S. will probably announce that it is rejoining Paris on the first day of the incoming Biden administration. Rejoining would then take effect in a month. Staff working for Biden's provisional presidential transition have already been hard at work developing a forward-looking clean-energy strategy aimed at protecting U.S. citizens from the effects of climate change, a concern that exit polling showed was ranked as a serious issue by two-thirds of all voters, especially younger ones, whether they supported Trump or Biden.

As the process of counting up the voters who endorsed this major change in America's climate and energy strategy continues, the greater Biden's margin — at this writing, he leads by more than 3.5 million votes — the stronger his mandate. Making sure that every vote is counted is critical, since most of the remaining uncounted votes across the country come from cities like Pittsburgh, Philadelphia, Charlotte, Raleigh and Atlanta, which, in the face of relentless and irresponsible hostility from the Trump administration, pushed forward and kept the U.S. moving towards its Paris goal of a completely clean-energy economy by mid-century.

Final results on many of the down-ballot candidates and issues that will help steer U.S. climate progress over the next several years are not yet clear. With an unprecedented volume of voter turnout relying on such a large volume of mail-in ballots, we must be patient for some of the outcomes.

But Americans have definitely voted for change, and the change they voted for was moving forward toward the Paris goals and a clean-energy economy. They did not vote to retreat from climate partnership and progress by giving up, any more than Americans want to give up on the fight against the coronavirus, as President Trump, in what may be one of his last acts of folly, has effectively announced he is doing.