2020 election reveals deep flaws in how the U.S. chooses its president 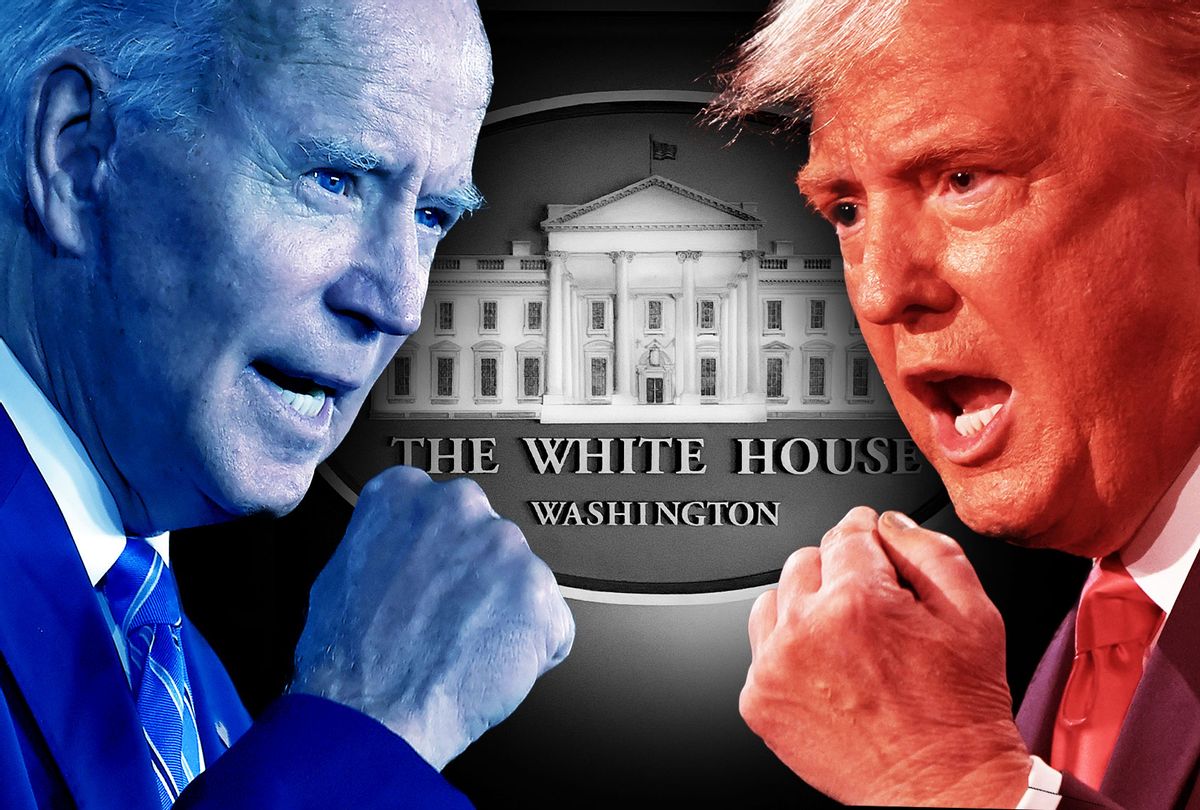 The election long count is serving up a plate full of rueful thoughts on what it could have been — whatever side of the divide you inhabit.

By the numbers this morning, we seemed to be closing in on an Electoral College win by Joe Biden, but we also had brought forth a very ugly speech by Donald Trump a slew of annoyingly unsubstantiated legal challenges that judges are rejecting on sight and a persistent threat of violence. Through all of it, we had an American public resisting any clear election message.

Hell, just listening to Trump raving last night about perceived frauds and half-truths about the actual count of ballots rather than acknowledging a huge outcome and a close result was painful — and a dangerous attack on our democratic institutions. So, too, was the near silence of official Republican leaders who refused to call Trump out.

But with results in such close numbers, we've decided to continue division above all else. As a result — whether Biden finally hits his magic number or Trump and friends somehow pull off a coup — it is unclear what we will be willing to get done about contagion or job growth or tax policy and income inequality.

Even with a change in the White House, the Senate looks right now to be keeping a slim Republican majority — at least until two likely January runoffs in Georgia — or a body so split that we are guaranteeing that policies to settle issues in health care, immigration, environment and the pandemic will be hard to come by. With an election itself that structurally reflects racial divides, how can we hope that we can have answers that provide change that has either sent people to the streets or to their gun closets to protect themselves from a perceived threat?

Biden would enter this picture starting in an enormous hole on those long-contested issues while trying to provide a path of inclusion not only for Republicans but for an increasingly vocal coalition of progressives, Black and Brown voters and cities who provided most of the boost to get to this point.

And Americans would have ducked anything resembling a useful referendum on Trumpism even if we did not re-elect Donald Trump. Whatever you may think of Trump, he will end his time with a numerical loss, but without a serious judgment of his time in office at the polls.  After politically side-stepping impeachment, rewriting the narrative on coordination with Russians, a mile-long list of unaddressed ethical and moral misadventures and a tattered history of policies that don't hang together, there is no real judgment here.

There is plenty in these results for introspection:

The Electoral College:  Why do we still have the Electoral College, a vestige of our agrarian roots, that makes little sense in our mobile and confederated way of sharing political power? The idea that there is a popular vote that is somehow divorced from the actual naming of a national leader is nuts. And even if we keep the logic of the Electoral College, why can't it be made proportional by state — which it was at the start of the Republic — rather than winner-take-all?

The idea that a partisan majority state legislature could simply but legally dump popularly chosen electors for an alternative slate, as had been threatened in at least one state, sounds horribly undemocratic at the least.

And after two years of campaigning, we still have to focus on a single county in Pennsylvania or Florida for a national result. The existing, arcane Electoral College couldn't be the best answer for policy-setting in a big and complicated country.

The money: Collectively, did we just spend $14 billion to come up with a result that leaves half the country feeling bereft?  Just think about the people we could have fed, the housing, the medical; insurance, the COVID testing and cure we could have bought for that money. Can't we seek bipartisan acknowledgment that the Citizens United case has led to a monstrous cloud of dark political money and demand a federal law to address this with some kind of reasonable limits, like public financing?

The vote itself: We just proved the case for mail-in ballots, for early and spread-out voting over days, for ending long lines and for encouraging full voter participation. Let's make sure these approaches are made permanent. While we're at it, why are we allowing one-party state legislatures to gerrymander districts and to pass an increasing set of voting laws aimed at suppressing the vote? How about renewing the Voting Rights Act right now? And let's insist on independent district line drawing in the next year to account for census results.

For that matter, how about investing in making voter practices less random among the states, from registration to counting? The flood of partisan court challenges of how and when to accept, count or verify votes seems hopelessly over-complicated. And fix the damned Post Office, which, we finally confirmed in a court case, failed to deliver more than 150,000 ballots by Election Day.

Polling: Something is seriously wrong with polling and our insistence on creating them, misinterpreting them and publicizing results that we find advantageous. Maybe we just should abandon them for the one poll that seems to count.

Debates: Those debates were pretty terrible. Let's cancel the next round for organized side-by-side interviews.

For openers, some of those many Democratic would-be presidential candidates should have run for Senate seats. Stacey Abrams in Georgia and Beto O'Rourke should have been able to do better than those who finally did run in those states, just as John Hickenlooper and Mark Kelley were able to succeed in Colorado and Arizona.

Having a Senate in opposition to the White House is not good for most of us, unless, like re-elected and once and probably future Majority Leader Mitch McConnell (R-Ky.), your goal simply is to block anything the other side wants to accomplish. In this election, Biden has a string of goals that hang in the balance. Winning the office is just a start, as Trump was learning with a recalcitrant House.

Let's get rid of all this talk of "socialism" among people who depend on Medicare and Medicaid, but somehow think "Medicare for All" represents some radical departure that will make us the next Venezuela. "Socialism," quickly becoming "Communism" in the mouths of Trump supporters, is not asking corporations to pay their taxes or food stamps for the hungry or better prescription drug prices. It just isn't.

And for all the talk of differences between Biden and Trump on a full range of issues, what this election seemed to be about most was a perception of who would bring jobs and economic growth about fastest — the same, old self-interest question. That question split along urban and rural lines in ways that were racial. That's not how this election was positioned.

The news media and social media need a serious period of introspection since the main storyline on election night once again seemed off. How did most of the media miss the ethnic variations in the Latino vote? Given the number of stories that discussed a repeat of 2016 did this election seem to be a reenactment? Was COVID the biggest concern of the day or not? Voters said something different after voting than they did before.

And, since we seem to have a limited attention span, how about we keep the entire election campaign to three months?