Dear Wisconsin: If Trump wants a recount, make him pay up front

Trump has demanded a recount after losing the Badger State. OK then — but given his track record, it's cash only 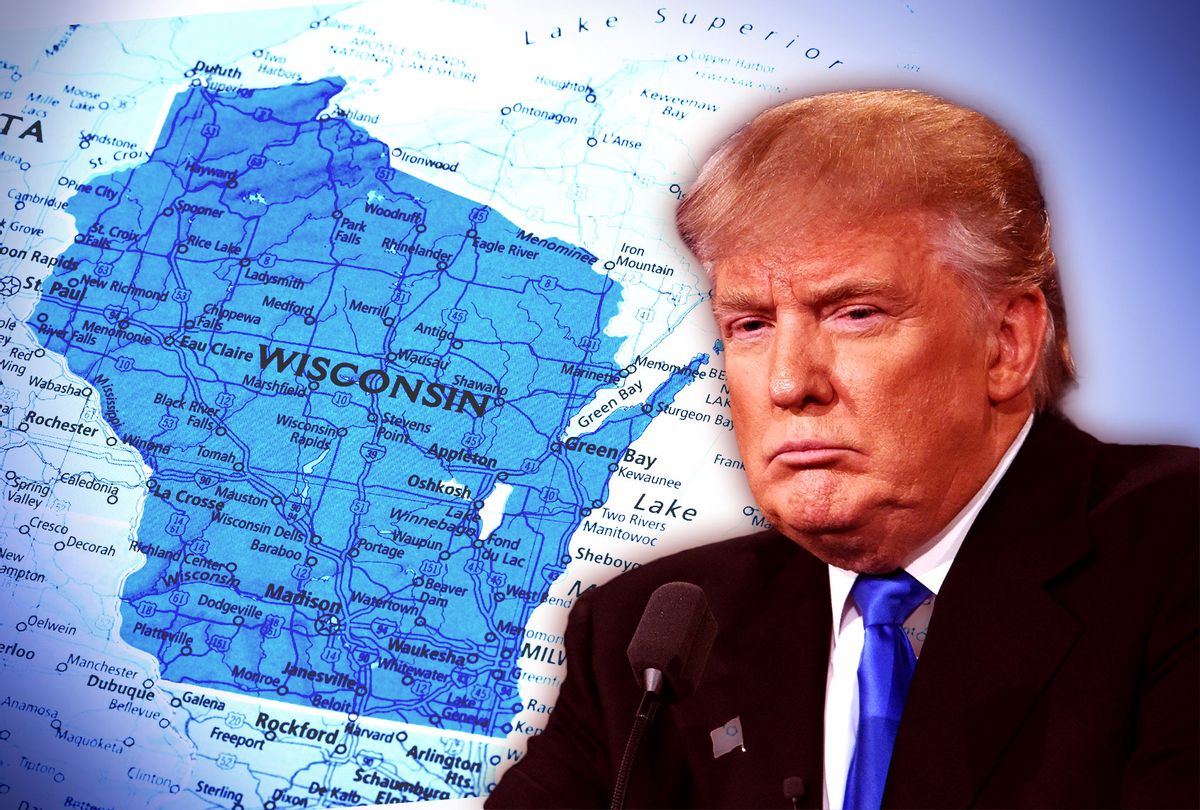 Earlier in this dizzying week, Donald Trump's campaign demanded a recount of the Wisconsin vote, even before it was completed. (Now they'd like to recount the entire election, but that's a different problem.) In an interview with MSNBC's Katy Tur, Wisconsin Attorney General Josh Kaul said that the state has a "safe, secure and reliable" process but that a recount can happen if the vote is within a one-percent margin. He noted that if the vote is within 0.25%, the state pays for the recount; otherwise, the campaign requesting the recount must pay.

Wisconsin was called for Joe Biden Wednesday afternoon, and a near-final count suggests that Trump trails by slightly more than 20,000 votes. That's not a lot, but it's more than any plausible recount could possibly capture. Again, not the point.

As nearly everyone paying even scant attention to the real world knows by this point, Donald J. Trump is infamous for not paying his bills. Not paying for services rendered is every bit as much a part of his modus operandi as is lying and making up goofy nicknames for his foes. Oh, and saying that something is "unbelievable."

He likes to claim that services have not been rendered to the Trump Organization or that they were not rendered up to his standards. Or that they were late. He pays less than the agreed-upon price or pays nothing, daring the business or contractor to sue him. This has reportedly happened many times to workers at his resorts and various contractors doing work at his buildings.

As with cheating on his taxes, Trump might say that this makes him "smart." He takes advantage of what he can get away with, as he reportedly does in golf, a game based on the player's sense of honor. (Am I getting off topic? I don't think so. A person is honest or not — the behavior plays out at work and at play and throughout a lifetime.)

Donald Trump often portrays himself as a savior of the working class who will "protect your job." But a USA TODAY NETWORK analysis found he has been involved in more than 3,500 lawsuits over the past three decades — and a large number of those involve ordinary Americans … who say Trump or his companies have refused to pay them.

Oh, and then there are the multinational banks, like Deutsche Bank, that didn't get paid back for extending massive loans to Trump and found themselves — almost comically — sued in return. To cite just one example, Trump defaulted on a $270 million loan for his Chicago tower. One might also mention, of course, the U.S. government and the public, stiffed throughout the decades on those Trumpian taxes.

And something like 70 million working and taxpaying Americans voted to put this chronic chiseler back in the highest office of the land.

Reliable sources have estimated that Trump owes unknown entities about $1 billion, with more than $400 million in loans personally guaranteed.

And 70 million responsible, bill-paying Americans voted to put this professional miscreant back in the White House for four more years.

Trump is the perfect vehicle for a party that has based itself on victimhood, people who have been trained by their media choices to despise laws that protect civil rights and government regulations that protect the environment and fair rates of taxation. Trump gets away with everything — even sexual assault — and thereby becomes a hero to those who have been trained by the Fox/Limbaugh/OAN Triad of Tantrums to be ferociously aggrieved by the fact that they are living in a pluralistic modern society.

Donald cheats his golf partners and marriage partners and fellow citizens and small business owners and waiters working overtime at Mar-a-Lago because, for many people, his celebrity gives him a free pass. As he once put it: "When you're a star, they let you do it. You can do anything. Grab 'em by the pussy."

Well, Attorney General Kaul, if Trump insists on a recount, even after all this, I'm sure you'll agree this is a situation where you need the money up front — in cash. Since you run an honest operation, something he doesn't understand, I doubt he'll be pleased with the results.