Joe Biden won, but we lost: There's no doubt who we are now, and it ain't pretty

I thought our country had come a long way since re-electing a shameless crook in 1972. Maybe I was wrong 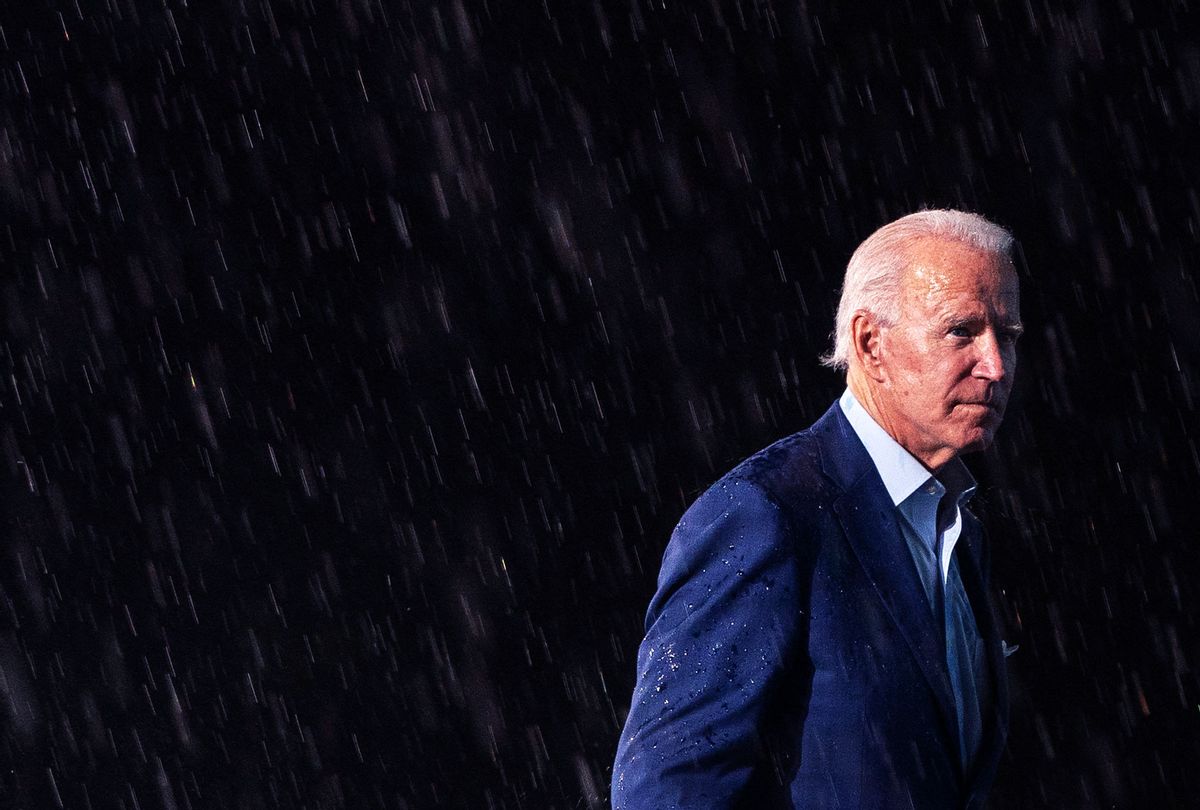 It's not a perfect comparison, but it's close enough: The way I felt when I went to bed on Tuesday night was almost exactly the way I felt on election night in 1972. Richard Nixon had been president for four long years. Watergate was just the most recent outrage in what had essentially been one long crime spree. Nixon had installed his consigliere, John Mitchell, as attorney general, and Mitchell had proceeded to turn the Department of Justice into Nixon's personal retribution headquarters, empaneling grand juries, investigating political opponents, indicting enemies and jailing antiwar protest leaders. Nixon had ordered the secret carpet-bombing of Cambodia and Laos, killing thousands of civilians over a period of four years. He used the IRS, FBI and CIA against his political enemies, employing illegal wiretaps and mail cover and creating an entire surveillance system, known as COINTELPRO, to illegally investigate, surveil and harass members of the press, political enemies and antiwar activists. And in June 1972, Nixon sent the "Plumbers" into Democratic Party headquarters in the Watergate complex to bug his opponents' phones and rifle campaign records.

Voters in November of 1972 already knew much of this. Everyone knew Nixon was a crook and a cheat. Watergate had been the subject of extensive press coverage. Investigative reporting had linked Mitchell, by then Nixon's campaign chairman, to the break-in. Money used to pay the burglars to keep them quiet after they were arrested had been traced to a secret White House "slush fund." Vietnam was a meat grinder, consuming thousands of American lives, killing hundreds of thousands of civilians, and failing to produce the "peace with honor" Nixon had promised. Everyone knew the war was a lost cause, but Nixon kept it going.

With the war in Vietnam still raging, White House involvement in Watergate in the headlines, and suggestions of even more Nixon crimes in the news every day, who were these people who had voted for Richard Nixon and handed him a landslide victory?

We knew them: They were our mothers and fathers and aunts and uncles and grandparents and neighbors and high school and college classmates and the man who worked in the haberdashery on Main Street and the lady who served soft ice cream at the Dairy Queen and the construction worker on that new office building downtown.  Some of them were even our friends. It was a bracingly disgusting thought, but they were us.

Nixon was the worst nightmare of my lifetime until Trump, and so was the election of 1972 — until now. But this one takes the proverbial cake. You had to be paying attention in '72 to really catalogue what a monster Nixon was. But this year? Everybody knew. Every-fucking-body. I'm not going to sit here and put you through a recitation of Trump's crimes. I've been writing about them for more than three years and others have recounted them in grim lists this week, all the way from the kids in cages to the open-air theft of the public treasury and sexual misdeeds and gross abuse of the public trust with his incalculable lying.

But it isn't often you see someone commit murder, live in person on television, and this year we've seen it repeatedly. We saw a police officer, Derek Chauvin, kneel on the neck of an unarmed man, George Floyd, until he killed him on the street in Minneapolis. And nearly every day for months, we watched Donald Trump walk into the White House press room and stand there and tell lies about the COVID pandemic and refuse to address it in a rational, scientific, medically appropriate manner. What we were watching was Donald Trump killing Americans just as surely as if he had his knee on their necks, closing off their airways, snuffing out their lives. It's one thing to put up with his racism and misogyny and ignorance and contempt for the rule of law, but it's quite another to watch him commit murder day after day, week after week, standing there contemptuously treating the pandemic as if were a conspiracy against him personally instead of a deadly disease that would infect millions and kill, as of this week, nearly a quarter million of us.

All those people who cast votes this week for Donald Trump can read. They can count. They can add. They know how many of their fellow Americans have died. But just like Derek Chauvin was just another cop on the beat before he knelt on George Floyd's neck and killed him, every Trump voter was just another citizen before they marked their ballots and put their knees on the neck of our country and endorsed the deaths of hundreds of thousands of their fellow citizens and the man who killed them. Make no mistake. A vote for Trump was a vote to kill at least another 100,000 Americans, the number experts say would remain alive between now and the end of the year if there were a national mandate to wear masks in public. But Trump has refused to impose this rational, medically necessary order, and people continue to die: 1,200 of us on Wednesday, 1,127 of us on Thursday. At the rate we're going, 300,000 of us will be dead from COVID by the time Trump leaves office.

I think many of us have had a theory that if we can just get rid of Donald Trump, things will get better. We'll have a new president who can fire the buffoons working for Trump and appoint reasonable, honest people to run our government, who can reverse the insanely regressive policies of the last four years that are despoiling our water and air, disfiguring our national lands, crushing the souls and indeed the lives of people who are seeking asylum from murderers and rapists in foreign lands. That is the hope that has been sustaining us for the last four years.

It appears that Joe Biden has won the election. But even so, we have learned a bitter truth. We don't live in the country we dreamed about. That's what is so heartbreaking. Nearly 70 million Americans voted for a man who makes Richard Nixon look like a decent human being. Joe Biden may have won, but we lost. We aren't who we hoped we would be.