"You get what you organize for," said Omar. "Direct voter contact wins elections," added Tlaib 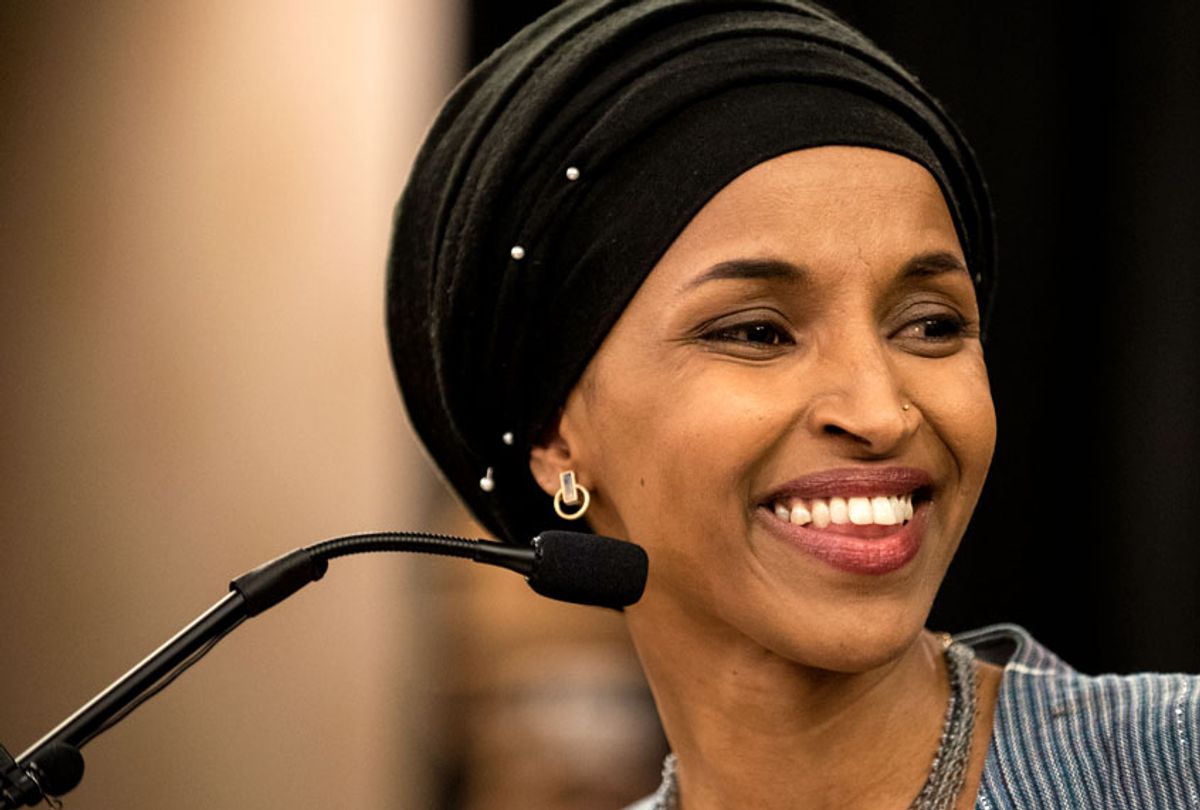 Congresswomen Rashida Tlaib and Ilhan Omar, members of the progressive Squad in the U.S. House who represent districts in the states of Michigan and Minnesota respectively, received applause and praise Thursday for their role in lifting Joe Biden in those two battleground states—pivotal victories that have helped put the former vice president on the verge of ousting President Donald Trump.

Among the nation's most progressive legislators, Omar represents Minneapolis and its nearby suburbs, while Tlaib represents portions of Detroit and some of its suburbs in Wayne County. Both lawmakers campaigned heavily for Biden leading up to this week's election, and observers says Biden's victories in those states may not have materialized had it not been for that heavy lifting which propelled huge turnout in diverse districts.

"While the Biden-Harris campaign resisted in-person canvassing, Omar's campaign kept doing it, hiring dozens of people to knock on doors and pull out votes," the Washington Post reported earlier this week.

Ken Martin, the chairman of Minnesota's Democratic Farmer-Labor Party, told the Postthat Omar "doesn't need to increase turnout here to win her race... She could take a vacation and she'd get reelected, easy."

"But," Martin added, "she recognizes that she has a responsibility to drive up turnout; it's really important for all of our statewide races, especially the presidential race."

According to Martin, Omar "does really intensive, face-to-face contacts, with a lot of personal relationship-building, and building long-term power with communities of color," something that "a lot of politicians don't do."

Tlaib is also no stranger to organizing in her district. "Direct voter contact wins elections," Tlaib tweeted on Wednesday night. "Our team knocked doors, called and texted residents, and registered folks who had never voted before."

"You get what you organize for," Omar pointed out on social media on Thursday afternoon. "And in Minnesota, we organize for massive turnout," which the congresswoman claimed is at a "staggering 88%... in my district so far."

"Just so we are clear," said Representative-elect Jamaal Bowman of New York, "Ilhan Omar and Rashida Tlaib were MAJOR factors in delivering Minnesota and Michigan for Joe Biden."

In a late-September op-ed in the Post, Omar argued that Democrats ought to focus on engaging non-voters with ambitious, egalitarian policies in order to perform better going forward.

"I have seen the media and even Democrats fall for" Trump's argument that Omar's left-wing stances will benefit Republicans, she lamented.

"We need to win over former Trump voters, the thinking goes, and we can't do that if we embrace progressive leaders and policies. But while winning swing voters is important, there is a key constituency Democrats need in November that is almost entirely left out of the conversation: non-voters," she wrote.

At an event in north Minneapolis last week, Omar told supporters: "It is our votes, here, that are going to make sure not only do we strongly win this state, but that we don't see [Trump's] face ever again."

Sarah Alaoui, a Ph.D. candidate at John Hopkins School of Advanced International Studies and a volunteer with Arab Americans for Biden, a grassroots coalition working to elect Biden, told HuffPost: "I think we really hit the message home that this election is unlike any other election."

In light of Trump's racist, anti-Muslim bigotry and xenophobic immigration policies, Alaoui added that "it's a critical matter of life and death to get out the vote this time and I think the community responded really well."

According to reporting from HuffPost on Thursday, roughly 81,000 Muslim Americans in Michigan cast early and absentee votes alone, which activists said is proof that their efforts—phone banking and other events designed to maximize turnout—paid off.

Biden beat Trump by approximately 150,000 votes in Michigan, a state that Hillary Clinton lost by about 11,000 votes four years ago. Al-Hanooti told HuffPost that Biden's victory in the state would not have been possible without the labor that organizers put into rallying Arab-Americans to vote in large numbers.

"We're going to expect him to show up for us come January," she noted.