Trump’s suits have been filed late, target small issues and are error-ridden. 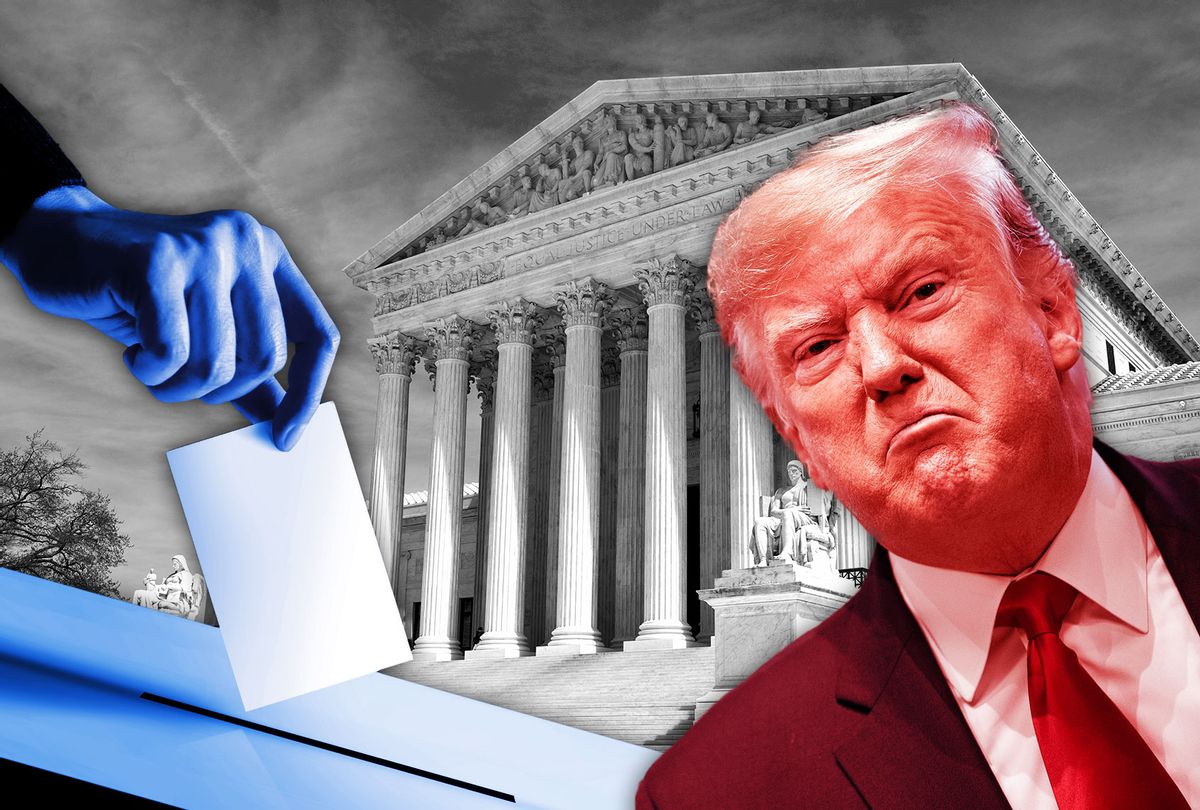 The flurry of lawsuits hastily filed by President Trump's campaign and its Republican allies to stop counting votes and to disqualify absentee ballots has so far failed to make much headway—in contrast to disinformation that they are spreading to discredit the 2020 election.

Trump's propaganda, predictably, has drawn wide attention. Whether tweets falsely claiming he won and Democrats are stealing the election (which Twitter labeled with content warning notices), or his son Eric's fabricated video of ballots being burned (they were sample ballots, not real ones), or false statements by White House officials, these antics have been noted and debunked.

In contrast to this bombast, Trump's lawsuits filed since Election Day in states where the presidential results are not yet known have had limited success, but, more importantly, they do not appear to be game changers. The lawsuits are targeting small facets of the absentee ballots process. While court rulings may delay announcing the results and certifying winners, the suits are not poised to disqualify enough ballots to alter the race's outcome—not where he lags by tens of thousands of votes. Instead, many of Trump's suits have been filed late, and some are error-ridden.

"None of Trump's small bore lawsuits have been able to stop the count, and of course there is no basis to do so," wrote ElectionLawBlog's Rick Hasen on Thursday. "He and his supporters have been promoting baseless and dangerous conspiracy theories that Democratic elected officials are somehow 'stealing' the vote when all they are doing is counting the ballots."

Consider two of Trump's lawsuits from Michigan. The first lawsuit, against Michigan Secretary of State Jocelyn Benson, was filed late Wednesday afternoon and sought to stop the statewide counting of votes—just hours before the counting was done. The campaign's brief was filed by Mark "Thor" Hearne—a Missouri-based attorney who, in 2005, was one of the first Republicans to promote the false claim of widespread voter fraud. The suit claimed that Republicans did not have an observer "present at the absent voter counting place" in every jurisdiction, and these observers were not being allowed "to observe the video of the ballot boxes into which these [absentee] ballots are placed." On this basis, Trump wanted to stop Michigan's vote count.

Michigan Court of Claims Judge Cynthia Stephens dismissed the lawsuit on Thursday, saying that it was filed as the last ballots were counted—too late—which made the procedural claims moot. The defendant, Benson, was the wrong person to sue, the judge said, because Benson doesn't directly supervise how the state's local election officials process absentee ballots.

This was a messy filing. Chris Sautter, an election attorney specializing in recounts who has worked for Democratic candidates for decades, said that a serious suit should have been filed on Tuesday, when the absentee ballot processing began. If there were issues with campaign representatives getting access to observe the process, the remedy was granting access, not stopping the count statewide, he said. And while the lawsuit said that Benson had a duty to instruct local officials, it never detailed that she had failed to do so, he noted. In other words, the Trump lawsuit was too general, too late, and had targeted the wrong defendant.

The Trump campaign filed a similar suit late Wednesday in Detroit seeking to stop the city's processing of a subset of absentee ballots—those that had to be duplicated because they were torn or stained—and seeking to halt certifying the city's presidential election results. Like the suit against Benson, this action came as the counting was ending and also named the wrong defendant. On Thursday morning, Trump's campaign filed papers to add Wayne County as a defendant, as it is the county—not the city of Detroit—that certifies election results.

On the specifics, the suit said that some absentee ballots were being duplicated by election officials without a Republican observer present. The duplication should stop, and all duplicated ballots should be "segregated" or set aside, it said, where presumably those ballots could be further examined and possibly challenged. Such a delay would slow down certifying Detroit's results.

What Trump's Detroit-centered lawsuit did not say was that the Michigan Republican Party had observers in the cavernous room where the city was processing and counting ballots. It did not say that the Republicans had raised issues surrounding the ballot processing that were being ignored. And it was filed after the counting was over, but still sought a restraining order to halt the process.

The Trump campaign's litigation in response to not winning in a landslide Tuesday appears to be messy and late. A similar lawsuit was filed in Nevada after Election Day seeking to stop that swing state's counting. The suit, too, claimed that Trump observers were being stymied. It was unanimously rejected by the state's supreme court. It didn't look like the Trump campaign planned on suing in Michigan or Nevada, Sautter said, despite Trump's threat to launch a wave of litigation.

But more importantly, the target of Trump's lawsuits—to disqualify a subset of absentee ballots, stop the counting process and delay certifying the results—was not going to add up to the tens of thousands of votes that Trump needs to win in key states. On Thursday, Trump trailed Joe Biden in Michigan by 147,000 votes, where his lawyers are seeking to challenge spoiled ballots that were duplicated.

The big picture that emerges is that Trump's post-Election Day litigation strategy has not stopped the vote-counting process nor was it poised to implicate enough votes to overturn the results in swing states. Thus, if Trump cannot win a second term in the courts of legal opinion, he is seeking to discredit the process in the court of public opinion—where propaganda and disinformation make quicker impressions than real-life points of law.

Trump's rambling, grievance-filled statement late Thursday blaming the Democrats for trying to "steal" the election appeared to be the latest affirmation of this strategy.

"They are grasping at straws," Sautter said, speaking of Trump's litigation strategy before his speech. "They are trying to discredit the process by trying to say that the outcome cannot be trusted because there were too many flaws."

"They waited too long to complain," he continued. "If they didn't have enough people observing [in Detroit], they should have taken care of that beginning with Election Day. This lawsuit was filed late yesterday [Wednesday] afternoon. Now the counting is done. There's no evidence that any of this stuff adds up to anywhere near the margin."

There may be "a little bit of truth" in the Republicans' contention that they lacked sufficient numbers of election observers, Sautter said. But that lapse was their error, not the fault of the officials running the absentee ballot counting boards—a process that has been in place for years.

"A lot of this is too little too late," he said.