America's celebration is justified. But Biden's painful, partial victory is only the beginning of a long conflict 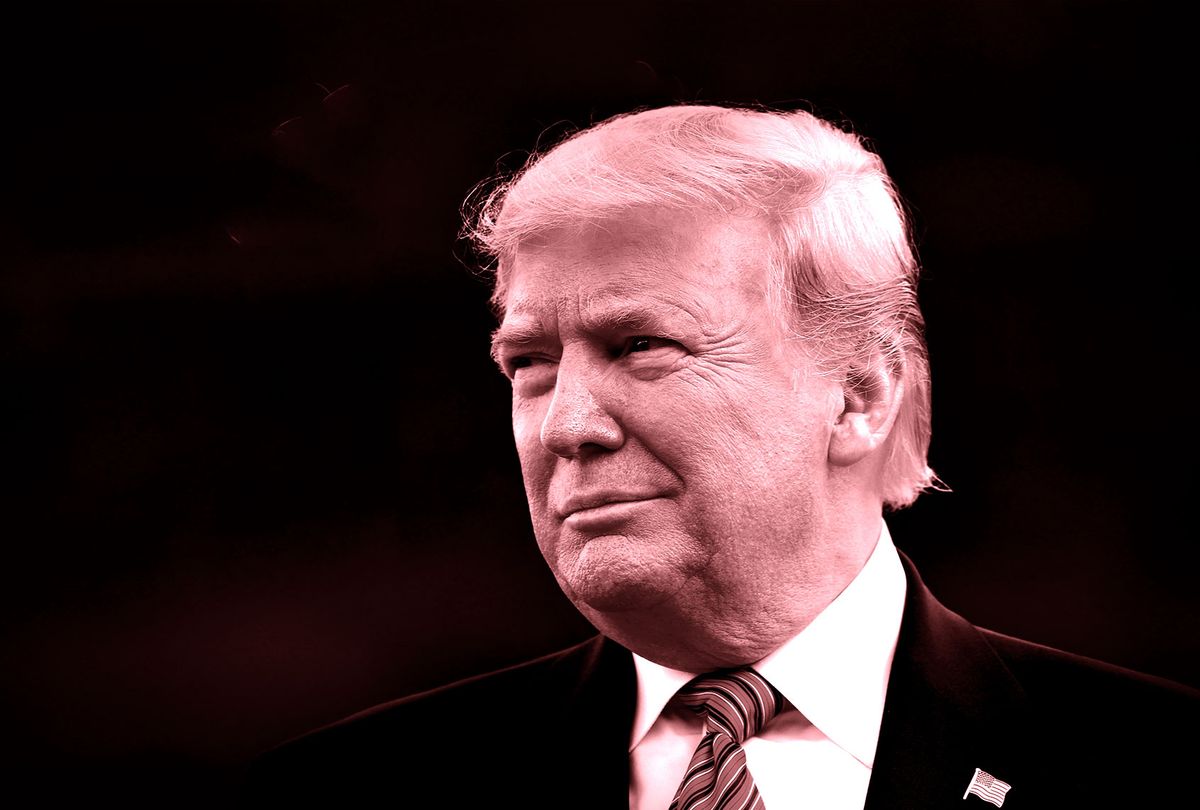 Joe Biden and Kamala Harris have won the 2020 presidential election. Biden will receive at least 290 votes in the Electoral College, with the final outcome in Georgia and North Carolina still unclear. Despite the howls of protest from Donald Trump's supporters, his quest for re-election is effectively over. On Saturday afternoon, the American people exploded in celebration after several days of suspense as millions of mail-in votes were slowly counted in key battleground states like Pennsylvania, Wisconsin, Michigan, Georgia, North Carolina, Nevada and Arizona. (At this writing, it appears that Biden will win six of those seven states, and fall just short in North Carolina.)

More than 75 million votes were cast for Biden, with millions more remaining to be counted. That's by far the most for any presidential candidate in American history.

But while the Biden-Harris ticket and the Democratic Party may have defeated Donald Trump the man, Trumpism — as a movement and a force in American society — has clearly not been vanquished.

Donald Trump has received nearly 71 million votes so far. If Biden has won the most votes in America's electoral history, Trump has won the second most — at least 8 million more than he received while "winning" the 2016 election. Trumpism — understood as a neofascist, authoritarian and white supremacist force of destruction — will likely remain a fixture in American social and political life for years or decades to come. As a symbolic leader, Donald Trump will personally remain a guiding star for American neofascism, and the global right wing more generally.

Trump's presidency, including the fact that he came so close to winning re-election, should make clear all over again that there is an immense public hunger for right-wing racial authoritarianism in America. In many ways, Trump is a proof of concept, or prototype, for the future of the Republican Party. How can it possibly remain a potent electoral force and hold power at the highest levels of government, given America's rapidly changing demographics? The answer is clear: by fully and unapologetically embracing American fascism.

This weekend's celebration is understandable. But Biden's victory comes with defeat attached.

Contrary to predictions, the Democratic Party did not gain seats in the House of Representatives. In fact, they have lost four seats already, and will probably end up losing seven or more. Democrats are also unlikely to win a majority in the U.S. Senate, as many observers had also predicted. Two runoff elections in Georgia could yet lead to a 50-50 Senate and de facto Democratic control, but Democrats have already lost three or four Senate races they believed they could win.

Senate Majority Leader Mitch McConnell, who was easily re-elected in Kentucky, will remain one of the most powerful people in Washington. He will obstruct and sabotage the Biden administration's agenda at every opportunity.

In that role, McConnell will also help the Trump regime to inflict pain and suffering on the American people and the country's civic institutions during its last days in power, as punishment for this election result.

Ultimately, Joe Biden and the Democratic Party won a battle in what will be a very long and difficult war, one they may yet lose. If the 2020 presidential election was a referendum on American's national character and the goodness of its people, the outcome was a failure, or at best a draw

Writing at Time Magazine before the final result was clear, Molly Ball offers the following context:

But even if [Biden] becomes the next President, it seems clear that he will be governing Trump's America: a nation unpersuaded by kumbaya calls for unity and compassion, determined instead to burrow ever deeper into mutual antagonism. Win or lose, Trump has engineered a lasting tectonic shift in the American political landscape, fomenting a level of anger, resentment and suspicion that will not be easy for his successor to surmount. …

"If in fact Biden wins, it's still the case that an openly bigoted aspiring authoritarian not only won the presidency but captured the complete loyalty of one of two major political parties, and — but for a once-in-a-century pandemic — he might have been re-elected," says Ian Bassin, co-founder of Protect Democracy, a non-partisan legal group. "If that doesn't tell you that something is completely rotten in the foundations of our democracy, I don't know what would."

At Lawyers, Guns, and Money, Paul Campos describes several of the likely narratives about America's ailing democracy and the outcome of this election. Here are just two of his points:

(6) The conventional wisdom I suppose will end up being that Trump would have cruised to re-election except for COVID, but ultimately I think the lesson of this election is it doesn't matter at all what a Republican president does or doesn't do — the people who vote for him literally don't care, as long as he gives them enough of what they want, and what they want is authoritarian ethno-nationalism and Owning the Libs. Everything else, i.e., actual governance, is irrelevant.

Trumpism, and the tens of millions of Americans committed to it, will remain an influential and powerful force going forward. The right-wing extremist movement to which they belong now has a committed political organization in the Republican Party; a propaganda disinformation machine anchored by Fox News, right-wing talk radio and the internet; an official religion, in the form of white evangelical "Christianity"; control of most state legislatures; and, through Trump's judicial appointments, massive power over the federal courts.

There is also a vast network of interest groups, think tanks, lobbyists, financiers, and opinion leaders who have worked for decades, largely in the shadows, to cement the power of the white right and gangster capitalism over an increasingly diverse, multiracial American society. These efforts will continue unabated during the Biden administration.

TrumpWorld endures. Within it, tens of millions of people will continue to live in their own alternate reality, an American madhouse. There Donald Trump (and his potential successors) leads a political death cult. In the eyes and hearts of Trump's cult members, prophecy did not fail. Instead, they have already convinced themselves that the 2020 election was stolen from them by the Democrats and their agents. The solution for TrumpWorld and its acolytes is to double down on their faith and belief, convincing themselves that their hellish utopia and right-wing rapture will take place — just at a later date.

Beyond the external threat from Trump, the Republican Party and other loyalists, President Joe Biden will face other challenges.

Biden must confront his own temperament: He has already made clear that he wants a truce with the Republican Party and Trump's other forces. Instead of proceeding from a position of strength, Biden has repeatedly said that he wants to heal America and that Trumpists and other members of the right wing are not his enemies.

Such words risk becoming a pre-emptive surrender to a right-wing movement which takes no prisoners, when what this moment demands is vigorous political combat.

Biden, a centrist and "moderate" to his bones, must also find a way to satisfy the liberals and progressives who united behind his campaign largely because Trump and the Republicans Party represent an existential threat both to the United States and the world. Biden's allies of convenience will only support him so far before they become his enemies once again — quite possibly for valid and compelling reasons.

As Edward Luce observes in the Financial Times, Biden may quickly find himself politically neutered:

There is no chance Mr Biden would be able to abolish the Senate filibuster, add new states to the US, such as Puerto Rico and the District of Columbia, or expand the size of the Supreme Court. Should a vacancy come due in the 6-3 conservative-majority [Supreme Court], Mitch McConnell, the Republican Senate leader, can simply block Mr Biden's nominee. The best for which Mr Biden can hope is a modest stimulus package. In the meantime he would have to contend with the current White House occupant. If Mr. Biden confronts the spectre of being a lame duck, Mr Trump threatens to invent a different version of the species — a wounded duck prone to lashing out. …

So what could a President Biden do? The short answer is that he would strive to find an American middle that no longer seems to exist. Deals struck with Mr McConnell would alienate the Democratic left. Yet in the absence of an attempt at bipartisan co-operation, little can be accomplished. In the meantime he would have to contend with the current White House occupant.

Biden and the Democrats can learn a great deal from history and the difference between winning a battle and winning a war. On June 6, 1944, Allied forces under the command of Gen. Dwight D. Eisenhower embarked upon the D-Day invasion, the liberation of Fortress Europe from the Nazis and the other Axis powers. After that great and costly victory, it took almost another year and many bloody battles before Hitler's Germany was finally defeated.

In the long struggle against Trumpism, the Republican Party and their forces, Biden and the Democrats must keep their supporters motivated and engaged. Biden must also show himself to be a strong and bold leader. For the last several decades, the Democratic Party and its voters have been haunted by the ghost of defeatism. Biden and other leading Democrats must beat back the tendency to retreat on every substantive issue and to seek the meaningless middle ground if they are to have a real more chance of defeating Trumpism and beginning the hard work of healing and improving American democracy and society.

On Election Day 2020, the Democratic Party and its voters thought they would vanquish Trump and the Republicans in a decisive rout. What is clear instead is that their partial victory was not the end of Trumpism, only the end of the beginning in a long war against Donald Trump and what he represents.