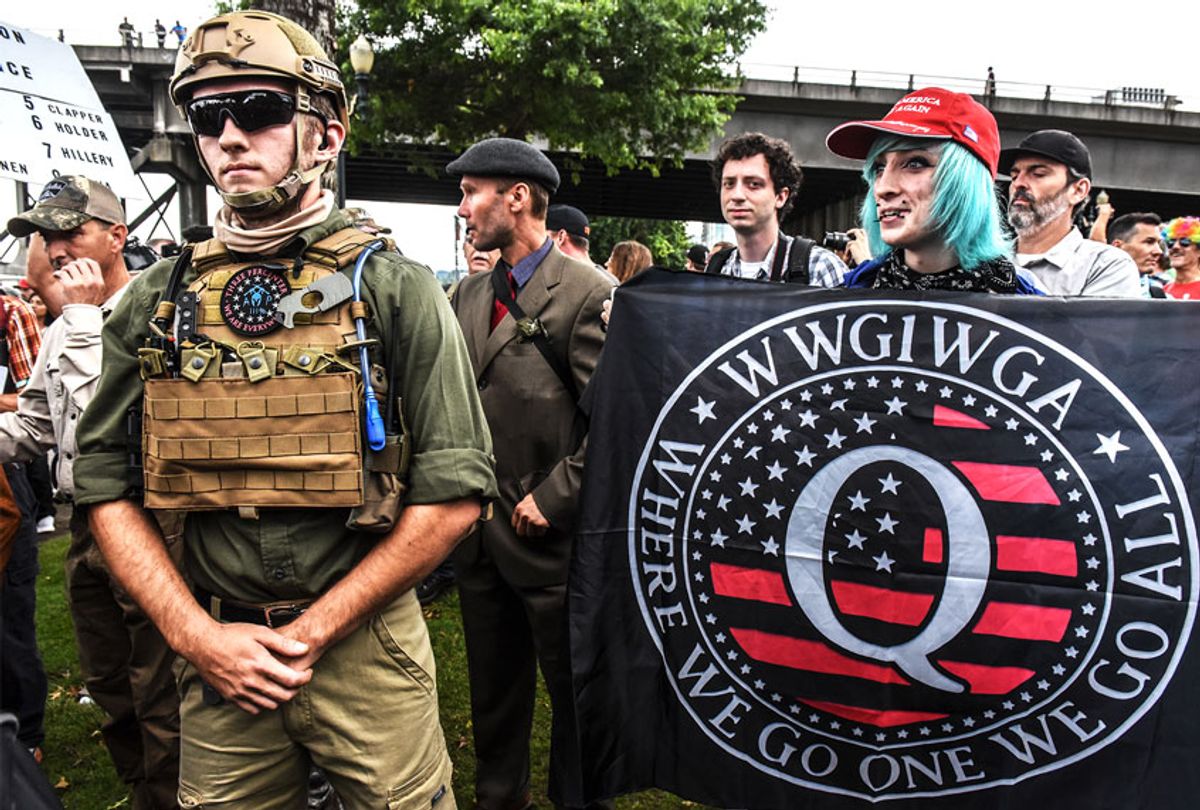 Philadelphia police are investigating an alleged plot to attack a convention center in the city where 2020 election ballots are being counted after two armed men—apparently out-of-state supporters of the QAnon conspiracy theory—were arrested nearby late Thursday night.

Acting on a timely tip about an armed group—possibly a family—driving from Virginia in a Hummer sport utility vehicle to attack the Philadelphia Convention Center, officers arrested the unnamed men, who were on foot and carrying guns, after locating the unoccupied SUV with another gun inside at about 10:20 pm, WPVI reports.

Officers on bicycles then spotted the men minutes later and apprehended them. The suspects, who according to police did not have valid permits for the weapons, were charged with unspecified firearms charges. The gunmen were allegedly on their way to the convention center, although it is not yet known what, if anything, they planned to do there.

Inside, election workers were busy tallying votes, including those in the tightly contested race between President Donald Trump and his Democratic opponent Joe Biden, who early on Friday had a slight lead over the president with tens of thousands of uncounted votes outstanding.

The Washington Post reports the Hummer has a window sticker reading #WWG1WGA, an acronym for the slogan "Where We Go One, We Go All" used by supporters of the far-right QAnon conspiracy theory. Officers recovered a military-style hat emblazoned with "QAnon."

The arrests were made in the wake of the president making false and potentially incendiary claims about voter fraud and official corruption in Philadelphia and Pennsylvania in general. The Post on Thursday reported that text messages were circulating among local right-wing groups calling on Trump supporters to protest at the convention center and baselessly claiming that "Radical Liberals & Dems are trying to steal this election from Trump!"

The office of Philadelphia District Attorney Larry Krasner declined to comment on the Thursday arrests beyond saying that a "highly active investigation" is underway, while Philadelphia police said they were working with the FBI on the case.

Despite the FBI labeling QAnon a domestic terrorist threat, the president has praisedits pro-Trump supporters as "people that love our country." Trump has also sharedmany tweets from backers of the baseless theory, which posits—among other preposterous claims—that a secret cabal of Satan-worshipping pedophiles including Hillary Clinton, Oprah Winfrey, and Tom Hanks are involved in an international child sex-trafficking ring.