Sacha Baron Cohen targets Mark Zuckerberg after Trump defeat: "One down, one to go" 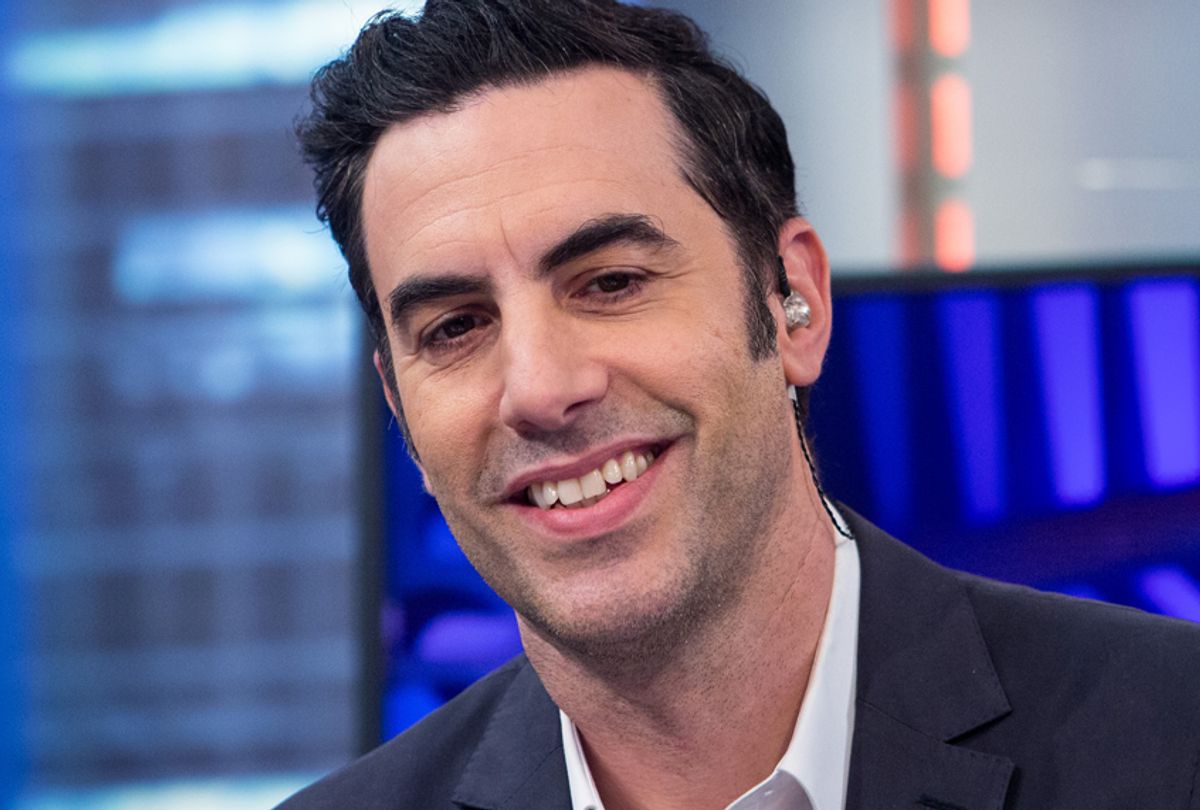 While Sacha Baron Cohen is thrilled Donald Trump lost the 2020 presidential election to Joe Biden, the "Borat" comedian is quickly moving on to his next target: Facebook founder Mark Zuckerberg. Baron Cohen reacted to Trump's defeat by posting a photograph to social media of Trump and Zuckerberg together with a caption that reads: "One down, one to go." In a 2019 keynote speech, Baron Cohen called Facebook "the greatest propaganda machine in history."

Baron Cohen wrote in an essay last month ahead of the "Borat 2" opening that Trump "had a dutiful ally" and "willing accomplice" in Zuckerberg and Facebook, a social media platform which has taken advantage of "Americans [who] are especially vulnerable to lies and conspiracies." The comedian added that Facebook is "a megaphone that history's worst autocrats could only dream of. Its algorithm deliberately amplifies content that generates more engagement…Not surprisingly, most days the top 10 Facebook posts are overwhelmingly from right-wing pundits and outlets."

In recent years, Baron Cohen has called out on numerous occasions the role Facebook has played in spreading Holocaust conspiracy theories and elevating the voices of Holocaust deniers. "Once a fringe belief held by Neo-Nazis, this conspiracy theory has become widespread due to its prevalence on social media," Baron Cohen noted in a "Borat 2" outtake. "Facebook for example only removed Holocaust deniers 10 days prior to the release of [the "Borat" sequel]."

In a more optimistic reaction to the election, Baron Cohen posted: "The candidates campaigned. The people spoke. The vote is clear. President Biden will be sworn in on January 20. Democracy works." The comedian even took a jab at Trump by calling back to a joke he made October 24 thanking "racist buffoon" Trump for providing "Borat 2" with free publicity. Baron Cohen jokingly offered Trump a job at the time, an offer that has now been rescinded.

"Donald — you're out of work and I know I offered you a job," Baron Cohen wrote. "But your performance this past week was tragic and sad. Offer rescinded."