COVID explodes in Newark: Tragic result of a long legacy of urban abuse and neglect

New Jersey's largest city has shocking rates of COVID infection. The media has barely noticed, which is no surprise 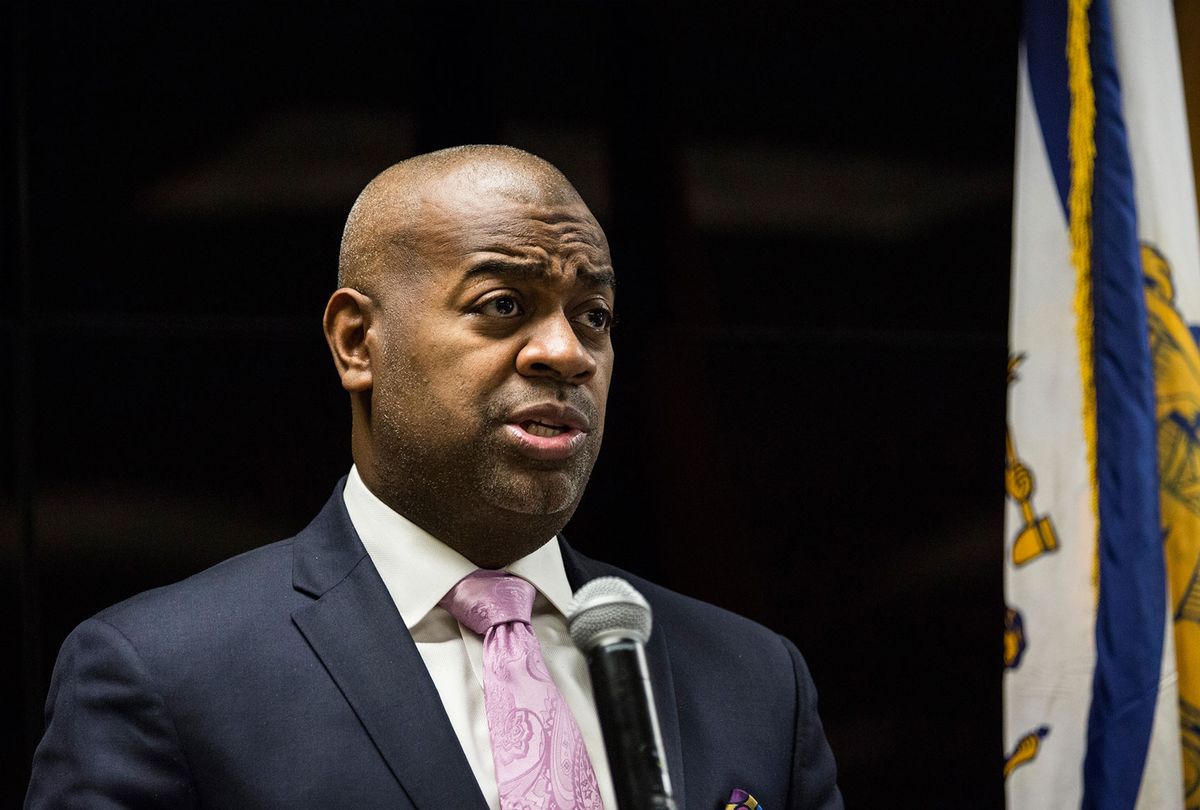 New Jersey's largest city has become ground zero in the next wave for the coronavirus pandemic that's now raging across the country and setting new records every day.

On Monday, Newark Mayor Ras Baraka did his best to sound the alarm on Facebook, confirming that Newark's overall coronavirus infection rate had hit 19 percent, more than twice New Jersey's infection rate of 7.74%.

Baraka reported that one COVID hotspot in his community had a positive rate of more than 35 percent. These data points are as alarming as what's been reported across the country in Native American communities.

"The people who live in this community are more likely to catch COVID-19 than anybody else and are more likely to die," Baraka warned in his Facebook post. He has added new restrictions on businesses in three zip codes in the city where the infection rate had spiked. NJ.com reported the area "encompassed all of the East Ward (including Newark Airport or the highways) and North Newark."

In the targeted zip code zones, all businesses were directed to close by 9 p.m. on weekdays and 10 p.m. over the weekend.  "All businesses are shut down. We want it completely shut down in those zip codes," Baraka mandated.

Newark's horrific COVID reality got lost in the news, which is no surprise. Media has always ignored the Brick City unless there's something sensational to report, like the August 2007 gang execution shooting of four promising Newark college students.

Even in defeat, President Trump's machinations to hold on to power by any means necessary has swallowed up all of the media's oxygen as huge swaths of our nation, including Newark, grow dark under the shadows of this killer virus he lied about, ignored and then helped spread.

And while we listen to hours upon hours of corporate media speculation about just what the great white malefactor's next move will be, our cities slip deeper and deeper into an undertow of death and disease.

In the reporting earlier this week, we heard bad news from New Jersey Gov. Phil Murphy about the state's aggregate COVID data, showing that the state had registered nearly 4,000 new cases, rivaling totals not seen since the initial peak of the pandemic back in April. This new wave of infections has translated into 1,645 hospitalizations, the most in a single day since June. State officials confirmed 21 deaths.

Murphy took to Twitter to describe the state numbers as "devastating," going on to remind the public "we are still in the midst of a pandemic. Wear a mask. Social distance. Stay safe."

It just seems there's somewhat of a disconnect between Murphy's tone and the five-alarm fire admonitions from Baraka, who is communicating as an engaged leader in the midst of a once-in-a-century humanitarian crisis which the power structure in this country, even now, still seems to be in denial about.

Consider all the idle happy talk about a Pfizer vaccine and advances in COVID care blend in with Trump's strongman message of "I beat it! So, can you!"

Buried beneath the cacophony of sponsor-paid social media content are the devastating disclosures in medical journals about studies on the long-term consequences of being lucky enough to survive this disease.

Similar long-term health consequences have been well documented for both coronary and respiratory systems. We are not even publicly discussing the massive wave of long-term disability that awaits us on the other side of this next death mountain we are starting to climb.

And while the media likes to do occasional segments about a first responder or health care worker who left it all on the field battling COVID, while also putting their entire family at risk, nobody is discussing just how many of these folks will have long-term health consequences.

There's a willful blindness to it all, as we saw with our country's refusal to deal with the long-term consequences of lead-based paint on children of color.

Laura Bliss, in her article for Bloomberg's CityLab, "The Long, Ugly History of the Politics of Lead Poisoning," documents how for decades the "longest-lasting childhood epidemic in U.S. history wasn't ever treated like one," a pattern that continues to this day with the lead contamination in the drinking water of Flint, Michigan.

Bliss recounts how for years public health officials documented lead's "irreversible effects for young people who ingested even trace amounts" yet it was "still seen as a problem that 'belonged' to poor people of color."

There's been a lot of liberal rhetoric about the massive racial disparities, including grotesque wealth and income inequality, that the COVID pandemic has laid bare. Yet these observations, from comfortable corners have taken on the form of anthropological musings: Yeah, that's a real shame … somebody should really do something about that! Oh, and remember to wear your mask.

As long-time Newark-area housing activist Fredrica Bey sees it, this lack of urgency regarding what's happening in places like Newark goes back decades, and was manifest even throughout the years of the Obama presidency when Wall Street was bailed out even as it continued to prey on homeowners of color in places like Newark and the surrounding communities of Essex County.

As New Jersey's cities do their best to prepare for this next COVID wave, Bey notes "the list of urban hospitals that have been closed in my lifetime is a long one — you can easily lose count."

Years after the so-called recovery, which bypassed communities like Newark entirely, Bey's group, the New Jersey Coalition for Due Process of Law, continues to demand that the state of New Jersey stand up to the banks and "require they actually document they own the property and have legal standing to foreclose in the first place."

Bey's group has documented predatory practices throughout the state's 21 counties, all too often enabled by the state's court system and politicians who have looked the other way. Across the river in New York, Gov. Andrew Cuomo has actually tried to address this issue, she points out. "Why haven't we done it in New Jersey?" she asked.

"People have no idea what it means to lose a family's home and how this kind of systematic displacement and disorientation was part of the stress that has killed the parents and the grandparents of so many Black and brown children," she said.

All that has been playing out for years. The COVID pandemic has made it many times worse.