Drug reform won a clean sweep in the 2020 election 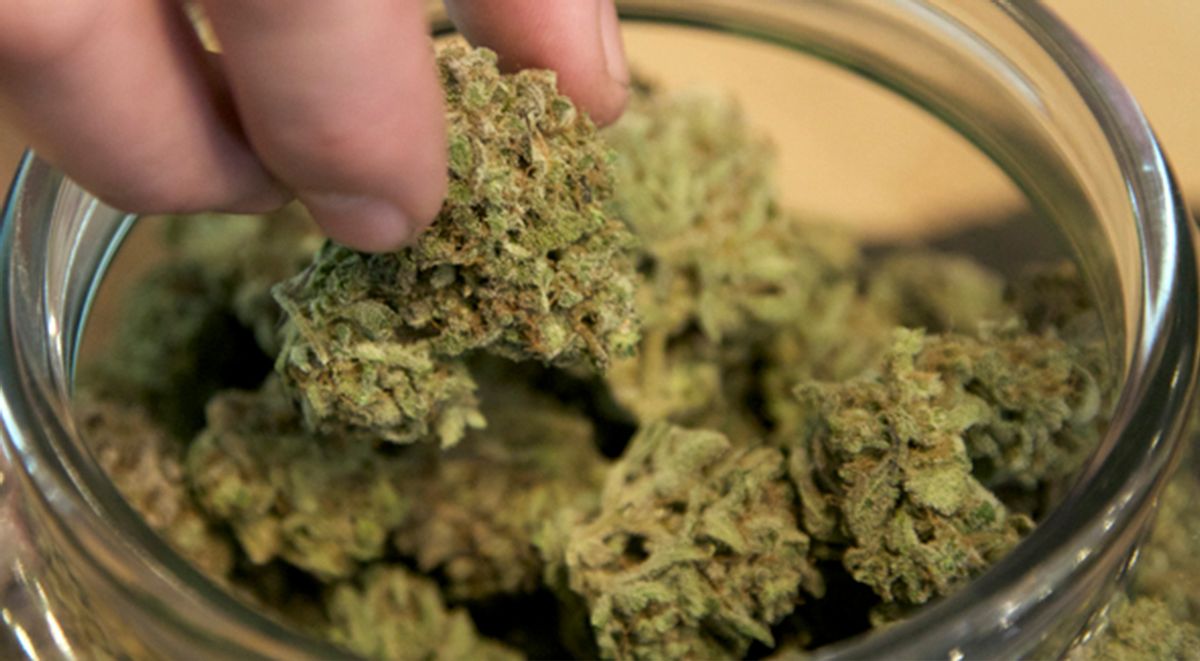 In the days between Election Day and the announcement of Joe Biden as the projected winner of the presidential race, even as national election results remained muddy, one thing was crystal clear: the American public is ready for drug reforms. Drug reform initiatives went nine for nine on Election Day. From voters approving marijuana legalization initiatives in two of the reddest of the red states—South Dakota and Montana—to the first voter-approved psychedelic liberalization initiatives in Oregon and Washington, D.C., and a groundbreaking drug decriminalization initiative also in Oregon, we can see the erosion of drug prohibition happening right before our eyes.

Perhaps the most striking victory of all is Oregon's Measure 110, the Drug Addiction Treatment and Recovery Act, which will decriminalize the possession of personal use amounts of all drugs and use revenues from legal marijuana sales to help fund expanded drug treatment. People caught with drugs can either pay a $100 fine or complete a health assessment. The distribution of such drugs would remain criminalized.

The notion of not arresting people just for having or using "hard" drugs is a radical one in the United States, but increasingly common in the rest of the world. At least 29 countries have embraced some form of drug decriminalization, and even the U.S. has seen marijuana possession decriminalized in a number of states as a stepping-stone toward legalization. But this has not been the case when it comes to cocaine or heroin or meth or LSD. November 3, however, marked the turning point when more than 58 percent of Oregon voters said let's try something new.

"Today's victory is a landmark declaration that the time has come to stop criminalizing people for drug use," Kassandra Frederique, executive director of the Drug Policy Alliance, said in a statement on election night. "Measure 110 is arguably the biggest blow to the war on drugs to date. It shifts the focus where it belongs—on people and public health—and removes one of the most common justifications for law enforcement to harass, arrest, prosecute, incarcerate, and deport people. As we saw with the domino effect of marijuana legalization, we expect this victory to inspire other states to enact their own drug decriminalization policies that prioritize health over punishment."

Marijuana legalization initiatives were swept to victory everywhere they were on the ballot—not just in Arizona and New Jersey but also in deeply conservative states like Montana and South Dakota. This means the number of states that have freed the weed jumped from 11 to 15.

"From the Badlands to the Jersey Shore, and from the Grand Canyon to Big Sky Country, Americans across the country have embraced the idea that marijuana legalization is the policy decision that best serves the interests of public health, public safety, and, most importantly, justice," Matthew Schweich, deputy director of the Marijuana Policy Project and one of the leaders of the Montana and South Dakota campaigns, said in a November 4 press release.

In Arizona, the marijuana legalization initiative, Proposition 207: The Smart and Safe Arizona Act, cruised to victory on election night after receiving 60 percent of the vote. It will legalize possession and consumption of marijuana for people 21 and over and allow for home grows of up to six plants. The state will regulate a legal marijuana market with a 16 percent tax on marijuana sales.

"Arizona voters have spoken, and they are ready for marijuana legalization," Steve Hawkins, executive director of the Marijuana Policy Project, said in a press release on election night. "According to the latest Gallup poll, 66 percent of Americans support marijuana legalization, and this victory further reinforces that stance," Hawkins added. "We are poised for major marijuana reform federally. Regardless of who controls the White House, the House, or the Senate, Americans are ready for legal marijuana."

In Montana, Constitutional Initiative 118 and Initiative 190 won with 58 percent and 57 percent votes, respectively. I-190 is a statutory initiative that would legalize possession and use of limited amounts of marijuana for adults over the age of 21 while regulating its cultivation, transportation and sale and levying a 20 percent tax on it. CI-118 is a constitutional initiative that would allow I-190 to set the minimum age at 21, the same as the age for alcohol consumption in the state.

In New Jersey, Public Question 1 is a legislatively referred constitutional amendment that legalizes possession and use of marijuana for people 21 and over and allows for a system of regulated marijuana commerce with retail pot sales subject to the state sales tax of 6.625 percent. It leaves questions such as possession limits and whether to allow home grows up to the legislature and state regulators. It won with a resounding 67 percent of the vote.

In South Dakota, Constitutional Amendment A won 54 percent of the vote in a state where more than 60 percent voted for Donald Trump. The measure will legalize the possession of up to an ounce of marijuana by people 21 and over and allow for the home cultivation of up to three plants in jurisdictions with no licensed retail marijuana outlets. It also envisions a legal marijuana market with a sales tax of 15 percent and requires the state legislature to pass laws providing for medical marijuana and hemp by next spring.

"This historic set of victories will place even greater pressure on Congress to address the glaring and untenable conflicts between state and federal laws when it comes to cannabis legalization," said Hawkins. "With the passage of these initiatives, one-third of the population now lives in jurisdictions that have legalized cannabis for adult use, and 70 percent of all states have embraced cannabis for medical use."

Medical marijuana initiatives, meanwhile, have been approved by two deep-red states, Mississippi and South Dakota. Mississippi's Initiative 65 overcame a watered-down legislative alternative to win with 74 percent of the vote, while South Dakota's Measure 26 won with 70 percent. That brings the number of states with access to medical marijuana to 35 (plus D.C.).

And then there's the psychedelic front. On the East Coast, Washington, D.C., voters approved Initiative 81, the Entheogenic Plant and Fungus Policy Act of 2020, with 76 percent of the vote. The measure will have police treat natural plant medicines (entheogens) as their lowest law enforcement priority. The measure also asks the city's top prosecutor and its U.S. attorney not to prosecute such cases.

"Initiative 81's success was driven by grassroots support from D.C. voters. We are thrilled that D.C. residents voted to support common sense drug policy reforms that help end part of the war on drugs while ensuring that D.C. residents benefiting from plant and fungi medicines are not police targets," Decriminalize Nature D.C. chairwoman Melissa Lavasani said in a press release.

And on the West Coast, Oregon voters didn't just decriminalize drugs, they also passed Measure 109, the Psilocybin Services Act, with 56 percent of the vote. It will create a program to allow the administration of psilocybin products, such as magic mushrooms, to adults 21 and over for therapeutic purposes in supervised settings. People will be allowed to buy, possess, and consume psilocybin at a psilocybin services center, but only after undergoing a preparation session and under the supervision of a psilocybin service facilitator.

Altogether, November 3 proved to be a stellar night for drug reform at the ballot box. Marijuana legalization continues its inexorable advance across the land, and new fronts are now open for psychedelics and broader drug decriminalization. A few more bricks fell from the wall of drug prohibition on Election Day.