Trump gums up the transition works

Not only does Trump deny the election results, he’s also blocking Biden from preparing to run our government 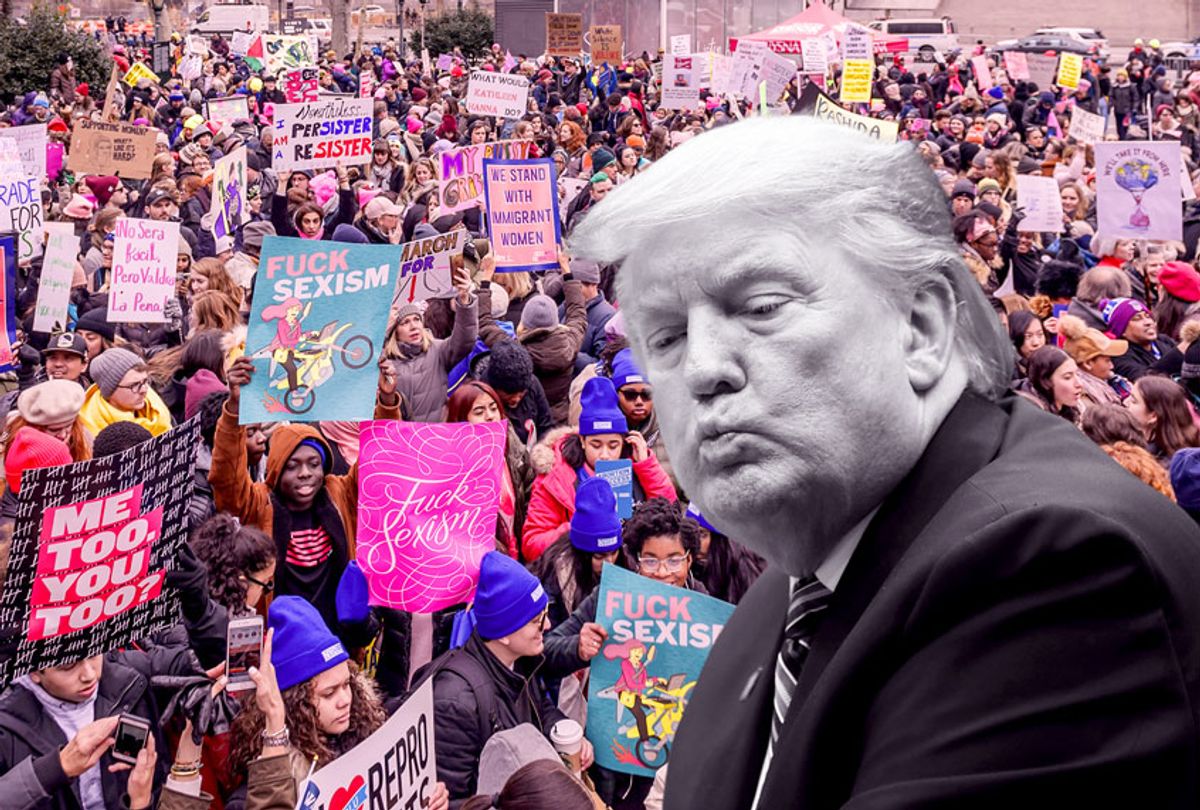 We're quickly seeing the effects of Donald Trump's resistance to conceding his electoral loss. He is childishly and stupidly refusing to follow through on appropriate, expected and necessary cooperation on setting up the myriad aspects of the presidential transition.

Even as Trump commands a dwindling number of Republicans willing to say the election remains unsettled, his administration is stuck trying to carry out Dear Leader's wishes.

The result pits a restless Joe Biden and company, who seem over-eager to jump in on governing during the malaise of a paralyzed Trump White House, against the "Steal-the-Election" crowd over issues that have nothing to do with elections. They concern the normal takeover planning duties.

There's nothing wrong with giving Joe Biden access to the daily presidential briefing even while pursuing court cases about supposedly fraudulent votes. There is nothing wrong with cooperating on behalf of the country. But Trump prefers petulance and personal pique.

However long the Trump tantrum, it will come to an eventual end – or end up creating the nation's most severe constitutional knot ever if Trump tries to get the Supreme Court to overturn a decision by 74 million voters, a four million-vote plurality.

Meanwhile, the Biden would-be steamroller looks to be working to fend off early hints of political problems even in picking its own team – both from Senate Republicans, whose majority is hanging on two runoff elections in Georgia, and from the left, where progressives want more liberal choices for some key Cabinet positions.

Politico.com has offered a useful, if early, assessment of top contenders for most Cabinet selections. It notes Republicans are already at work to keep to the most moderate choices. The proposed names include a much more diverse roster of players than any view of the Trump team, and seems to favor people actual with technical or subject-matter expertise. Under the banner of attacking the deep state, Trump preferred appointees who actually hated regulation by the departments they were to oversee.

Biden's team is driving for urgency in attacking the list of Trump executive orders that can be overturned simply because they were never backed by legislation. An early list starts with moves to restore ways to shore up Obamacare that Trump had undercut to canceling efforts to undercut Civil Services protections for federal workers.

Plus, each incoming administration has to fill about 4,000 positions. Reports suggest this process is already under way.

On top of all of this, Biden's team will be reaching out to key people in Congress.

In the case of Speaker Nancy Pelosi, presumably friendly conversations are needed to align agendas and to decide the order in which to seek legislation, particularly with a potentially opposition Senate.

In the case of Senate Majority Leader Mitch McConnell, the tack will be to find areas of commonality to decide either together or with minimal opposition.

So, some kind of stimulus package will be up front, possibly followed by such topics as infrastructure and outdoor construction jobs during a pandemic.

For Biden, the transition is about lining up the dominoes to start falling on Day One.

Of all of these, the most curious may be compliance with the Presidential Records Act, presuming we get past resistance to accept election results and reach the detail of actual transition.

The National Archive already is going to have its hands full trying to determine if all the presidential tweets are part of the presidential records. Advice is that they are. Just preserving them and figuring out how to catalog them will be a chore.

But larger issues loom for national security documents and transcripts.

"The mysteries have swirled over the past four years: What was really said during Trump's many phone calls and one-on-one meetings with Russian President Vladimir Putin? What has Trump's son-in-law Jared Kushner discussed with Saudi Arabia's Prince Mohammed bin Salman on WhatsApp, where messages can be automatically deleted? Did Trump's aides memorialize any of the reported conversations he had with U.S. and foreign officials about boosting his business empire?" asked Politico.

With no real enforcement teeth, the Presidential Records Act requires a president to preserve and ultimately make public all records relating to the performance of official duties, through the Freedom of Information Act beginning five years after the end of an administration.

The National Archives says the act covers as any documentary materials "created or received" by the president, immediate staff or anyone in the executive office of the president. But Trump likes to rip up documents and has made clear he is also hostile to note-takers. Trump also confiscated notes taken by an interpreter during one of his first meetings with Putin. He has kept private his letters with North Korean leader Kim Jong Un.

Of course, other agencies keep copies of their records, and all emails are archived. Still, presidential daughter Ivanka and Jared Kushner made frequent use of private email servers, the source of continuous Trump criticism of Hillary Clinton.

As has become usual with Trump, we cannot count on him doing his job even in transition.