Democrats didn’t get blue wave, but some of the fastest-growing suburbs in Texas are moving left

Experts say demographic growth is fueling a change in counties like Fort Bend, Collin and Williamson 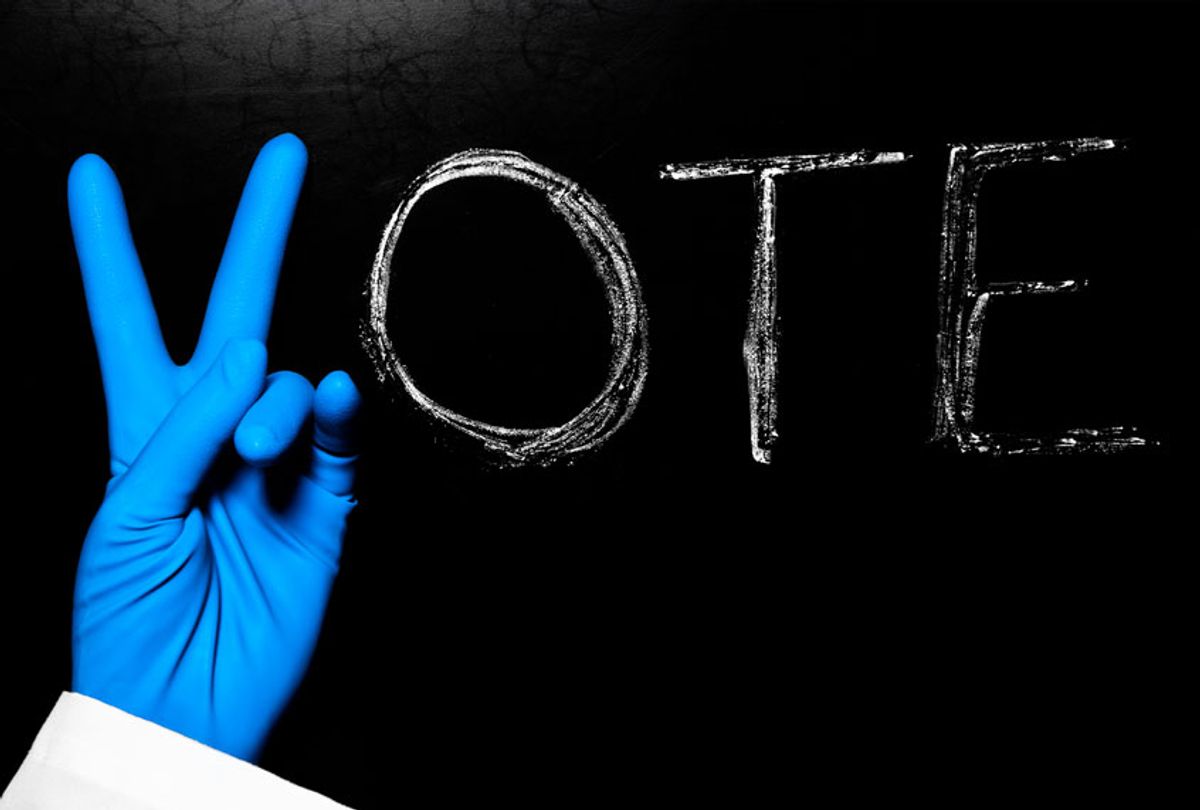 Although they didn't get the blue wave they expected, Democrats narrowed the gap with Republicans in five of the most competitive and populous suburban counties in Texas.

An analysis of the presidential vote in solidly suburban Collin, Denton, Fort Bend, Hays and Williamson counties, plus partly suburban Tarrant County, showed that Republicans went from an advantage of more than 180,000 total votes in those counties in 2016 to less than a thousand votes in 2020, according to the latest data.

"This was not, on a whole, a good night for Democrats, it's not what they hoped," said Sherri Greenberg, a professor at the University of Texas at Austin's LBJ School of Public Affairs. "But Democrats did see some gains and some success flipping areas in the suburbs."

After the good results in the 2018 midterm elections, Democrats had hoped to flip 10 congressional seats in 2020 as some experts predicted that the female suburban vote and a younger, more educated and more diverse population could give them an edge.

But none flipped. Although gender data at a local level is not available at this time, the senior director of the University of Houston's Hobby School of Public Affairs, Renée Cross, said that gains by those groups were offset by Republican turnout and an unexpected level of Hispanic support for President Donald Trump.

"The Republicans did an incredibly good job in getting out to vote," Cross said.

Meanwhile, Democrats won over many voters like 28-year-old Rachel Copeland, who said she voted for Libertarian Gary Johnson in 2016. This year, she voted for Biden, explaining that management of the COVID-19 pandemic and the economy was a big factor, but not the only one.

"I feel like the rhetoric in general has been very harmful to women, I think it's been very harmful to people of color," said Copeland, who considers herself a moderate. "I'm also a big believer in a woman's right to choose. … I'm genuinely scared as a working woman what another four years of a Republican in the White House and a Republican-controlled Senate could mean for me."

Texas Democratic Party spokesperson Abhi Rahman said that while the results in this election didn't favor his party, the long-term trend will.

Some of Democrats' biggest gains happened in Central Texas. Williamson County, where Trump won by 9.7% four years ago, flipped in 2020 and went to Biden by just over 1%. Hays County, which Trump won by less than 1% in 2016, gave Biden a nearly 11% victory this year. Both counties also supported Democratic U.S. Senate candidate Beto O'Rourke in the 2018 midterm elections.

Greenberg said those two counties are a perfect example of the trend that is helping Democrats in the suburbs: a growing population, particularly in demographic groups that tend to be more left-leaning. Since 2010, Williamson County alone has added more than 160,000 people, according to the U.S. Census Bureau.

"You see a growing population, a younger population, highly educated. Those kinds of voters are moving towards the Democrats," Greenberg said.

In the Greater Houston area, Fort Bend County, which supported Hillary Clinton in 2016, was even more favorable for Biden, who won by 37,000 votes, compared with Clinton's roughly 17,000-vote margin in 2016.

"That county has become pretty solidly Democratic, and that happened quickly," Cross said. "And it's because of these younger, more educated and more diverse voters. It's an example of what the Asian American vote can change."

In North Texas, in Denton and Collin counties, Republicans expanded their margins from the 2018 midterms, but compared with the 2016 presidential election, Democrats narrowed the gap: In Denton County, Trump's 20% victory in 2016 shrunk to 8.1% this year, while his margin in Collin County fell from 16% to 4.6%.

Meanwhile in Tarrant County, where Fort Worth is surrounded by a tapestry of suburbs, counting is still ongoing, but the latest results show that Democrats might be able to flip the county.

Not all suburban counties became as competitive as Tarrant. In Montgomery County, north of Houston, where more than 270,000 people voted, Republicans still had a comfortable 44% margin in 2020, 7% less than in the 2016 presidential election.

Craig Lewellyn, who was the campaign manager for reelected U.S. Rep. Kevin Brady, R-The Woodlands, said Republicans in Montgomery County pushed the message of being a party that makes it easier for people to work, to buy a home and to start a family.

"The elected officials in the county, from Kevin Brady all the way to county commissioners, are very active in the community," Lewellyn said. "A lot of lessons can be learned from the people in Montgomery County about how to stay present and not take your status as a red pillar for granted."

The question that will hang over Texas politics for the near future is whether Democrats will continue growing their support in the suburbs or whether they have hit a ceiling.

"I think we need to rethink how we talk about the blue wave," said Brandon Rottinghaus, political science professor at the University of Houston. "It's more like a blue flood: It doesn't come all at once, it comes steadily. And it's unlikely to be something that just washes over everybody all at once. It's going to affect some places more than others."

But after those predictions of a blue wave failed to materialize this year, Cross said, Democrats will need to temper their expectations.

"Texas is a Republican state. It's certainly changing, we saw it with how close Beto came in 2016, and the demographics have changed drastically," Cross said. "But you can't change a one-party state overnight. Some people's expectations were too high."

Disclosure: The University of Texas at Austin - LBJ School of Public Affairs and the University of Houston have been financial supporters of The Texas Tribune, a nonprofit, nonpartisan news organization that is funded in part by donations from members, foundations and corporate sponsors. Financial supporters play no role in the Tribune's journalism. Find a complete list of them here.

Juan Pablo Garnham reports on urban affairs for The Texas Tribune, focusing on the main challenges of the state’s largest metro areas — Houston, Austin, San Antonio, El Paso and Dallas-Fort Worth, where he is based.