Democratic "moderates" are looking for a scapegoat after falling short. Rep. Rashida Tlaib isn't having it 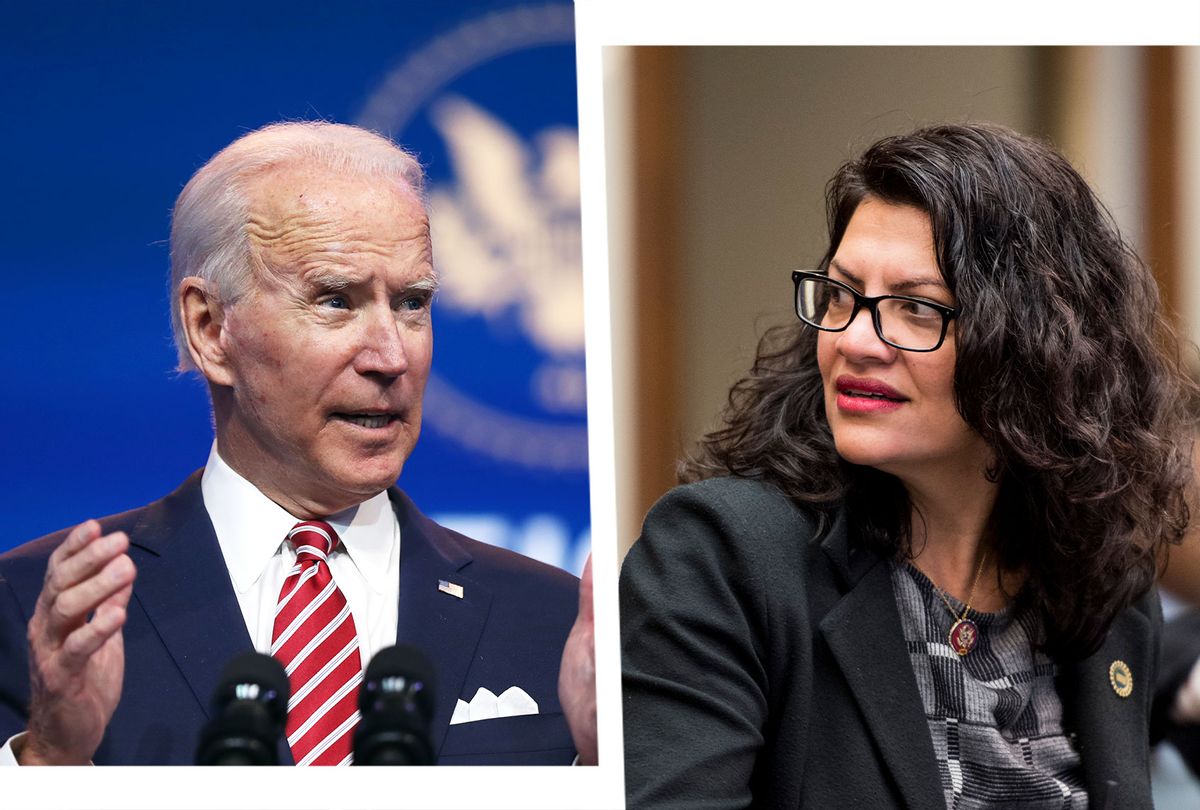 Corporate Democrats got the presidential nominee they wanted, along with control over huge campaign ad budgets and nationwide messaging to implement "moderate" strategies. But, as the Washington Post notes, Joe Biden's victory "came with no coattails down ballot." Democratic losses left just a razor-thin cushion in the House, and the party failed to win a Senate majority. Predictably enough, corporate Democrats are scapegoating progressives.

The best members of Congress are pushing back — none more forcefully or eloquently than Rep. Rashida Tlaib, the Michigan congresswoman who just won her second term in one of the nation's poorest districts. She was the most outspoken against an anti-progressive pile-on during a Nov. 5 conference call of House Democrats. And she continues to hold high a shining lantern of progressive principles.

Tlaib has pointed out that "Democratic candidates in swing districts who openly supported progressive policies, like Medicare for All and the Green New Deal, won their races." And she refuses to retreat.

"We're not going to be successful if we're silencing districts like mine," she told Politico days ago. "Me not being able to speak on behalf of many of my neighbors right now, many of which are black neighbors, means me being silenced. I can't be silent."

Politico reported that Tlaib was "choking up as she expressed frustration" near the end of an interview as she said: "If [voters] can walk past blighted homes and school closures and pollution to vote for Biden-Harris, when they feel like they don't have anything else, they deserve to be heard. I can't believe that people are asking them to be quiet."

In an email to supporters, Tlaib was clear: "We've got to focus on working class people. We are done waiting to be heard or prioritized by the federal government. I won't let leaders of either party silence my residents' voices any longer."

Tlaib offers the kind of clarity that should guide progressive forces no matter how much "party unity" smoke is blown in their direction:

We are not interested in unity that asks people to sacrifice their freedom and their rights any longer. And if we truly want to unify our country, we have to really respect every single voice. We say that so willingly when we talk about Trump supporters, but we don't say that willingly for my black and brown neighbors and from LGBTQ neighbors or marginalized people.

When Rashida Tlaib talks about "pushing the Democratic Party to represent the communities that elected them," she actually means what she says. That's quite a contrast with the usual discourse coming from dominant Democrats and outfits like the Democratic National Committee.

Let's face it: Most of the nearly 100 members of the Congressional Progressive Caucus are not reliable when corporate push comes to shove, assisted by House Speaker Nancy Pelosi. What has been startling and sometimes disturbing to entrenched Democrats is that Tlaib — along with House colleagues Alexandria Ocasio-Cortez, Ilhan Omar, Ro Khanna and some others — have repeatedly made it clear that they're part of progressive movements. And those movements are serious about fundamental social change, even if it means polarizing with Democratic Party leaders.

Anyone with a shred of humane values should be aware that Republican lawmakers are anathema to those values. But that reality shouldn't blind us to the necessity of challenging — and, when feasible, organizing to unseat — elected Democrats who are more interested in maintaining the status quo that benefits moneyed interests than fighting for social justice.

While satisfying their impulses to blame the left for centrist failures, corporate Democrats and their mildly "progressive" enablers — inside and outside of Congress — are striving to paper over basic fault lines. The absence of a functional public health system, the feeble government response to the climate emergency, the widening and deadly realities of income inequality, the systemic racism, the runaway militarism and so many other ongoing catastrophes are results of social structures that constrict democracy and serve oligarchy. Those who denounce the fight for a progressive agenda are telling us that, in essence, they don't want much to change.