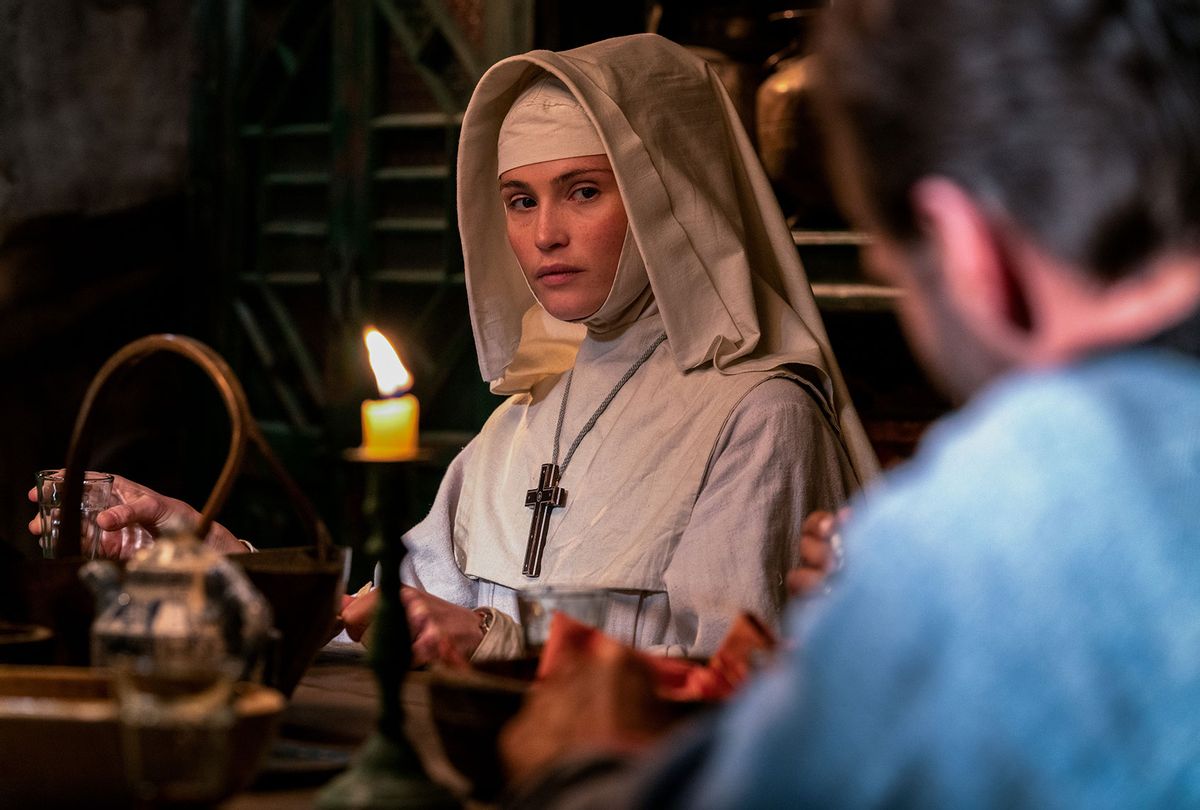 There's an argument to be made in favor of a limited series distinguishing itself as a curiosity in a TV world full of content vying to be necessary. This would explain FX's three-part limited series "Black Narcissus."

Reminiscent of vintage PBS material, Amanda Coe's ethereal adaptation is a performance showcase doubling as a throwback, recalling a time when prestige television was synonymous with "Masterpiece Theatre." However, even that long-running title has modernized in a way that makes its period pieces feel less removed from the times we're living in; if they don't speak to specific current events, then at least their characters or the situations in which they find themselves are relatable.

Maybe that is the central bafflement of this adaptation of Rumer Godden's 1939 novel which was made into a 1947 film celebrated for its inventive aesthetics and atmospheric build, and the scandalous nature of a story that acknowledges pent-up sexual desire that none of us can avoid, including nuns. Ideas that led to solemn Catholics crossing themselves back then are fairly commonplace nowadays, much to your grandmother's dismay.

At least here it is handled in a way that maintains the original's stylistic ambience and leans more heavily on the psychological darkness of the story. Frustratingly this also is this adaptation's downfall in an era in which the audience expects a series to follow through on flirtations teased early on in a three-hour series that behaves like an independent movie. That is to say, it's a work of art made to appeal to the very narrow audience that comes to a piece like this and expects a slow and methodical journey leading to no place in particular and best recommended for the lovely views.

Don't let the good looks fool you though, a trick played upon us by casting Gemma Arterton as Sister Clodagh, a young Anglican nun living in India when it was still under British rule. Among her fellow sisters of St. Faith, Clodagh exhibits the most steadfast devotion, and takes on the task given to her by her superior Mother Dorothea (Dame Diana Rigg in one of her final roles before her death) to open a convent school in a remote village in the Himalayas called Mopu.

This is not a simple mission. A previous group of monks tried and failed in a similar task. And despite assembling a crack group of hardy nuns to get the place up and running, including the ever-useful Sister Briony (Rosie Cavaliero), the convent's ablest gardener Sister Philippa (Karen Bryson), cheerful schoolteacher Sister Blanche (Patsy Ferran) and the convent's prickly youngest, Sister Ruth (Aisling Franciosi), it quickly becomes evident that many forces are allied against Clodagh.

Also, along with all the erotic art splashed across the walls, there are regular visits from Mr. Dean (Alessandro Nivola), a sexily rumpled British ex-pat and tea factory manager tasked by the general who owns the palace to see to the sisters' needs.  Dean and Clodagh immediately clash – playground code for "love at first sight." But while Coe keeps Dean's internal stirrings a mystery, save for Nivola's smoldering gazes and habit of lingering too long in terse and tense conversations, his presence leads to much self-flagellating during Clodagh's nighttime penance. And obviously, his effect on the ladies isn't limited to her.

The question is whether the viewer is in the mood to weigh what exactly "Black Narcissus" is getting at, and whether its dearth of relevance even matters. It's an odd case, truly, a three-hour series constructed of top shelf artistry with nothing to gripe about when it comes to the performances – Arterton being a stand-out, and Franciosi giving us a compelling view of a steady descent into insanity – or the dialogue. And that leaves the story itself which, again, is an orientalist tale that is definitely of a time and place and its own thing and could have benefitted from artistic tinkering beyond wondering whether this is supposed to be a ghost story or a tale about the madness that grows out of suppressed desire.

"Black Narcissus" makes a better argument for that second part but not a strong enough one to make its case, leading us back to that in-between area of frustration and questioning: Is this a ghost story? A tragedy of unrequited eroticism? Is this a parable for the ravages of colonialism or a metaphor for Britain losing its grasp on a land that it never had a right to it in the first place? (One significant evolution from the original film's is that the South Asian characters are played by South Asian actors but they still remain on the periphery.)

And the main, damning question: Is this even necessary?

In its defense, you can ask the same of that which inspires the story's title, a perfume called Narcisse Noir designed by Caron worn by one of the characters. Apparently the scent was made famous by Gloria Swanson's character in a 1922 silent film she appears in with Rudolph Valentino, "Beyond the Rocks." Although popular legend connects the perfume to her role in the far more famous "Sunset Boulevard," a film Caron itself name-drops on the page where you can purchase the nearly 110-year-old scent, an astute cosmetics blogger found the origin of the popular mania it caused in a 1927 magazine article called "What the Pictures Do to Us." One day this could be a fun piece of trivia to discuss at parties or, you know, not.

Point being, sometimes understanding the truth behind the how and why a legend takes root has no purpose beyond being interesting. But as is true of perfume from which it draws its name, "Black Narcissus" is enchanting and heady, and most people will be perfectly fine living without it.

All three episodes of "Black Narcissus" premiere Monday at 8 p.m. on FX and are available for streaming Tuesday on FX on Hulu.