Over 100 CEOs threaten to cut off funds to Georgia GOP if Trump keeps blocking transition: report 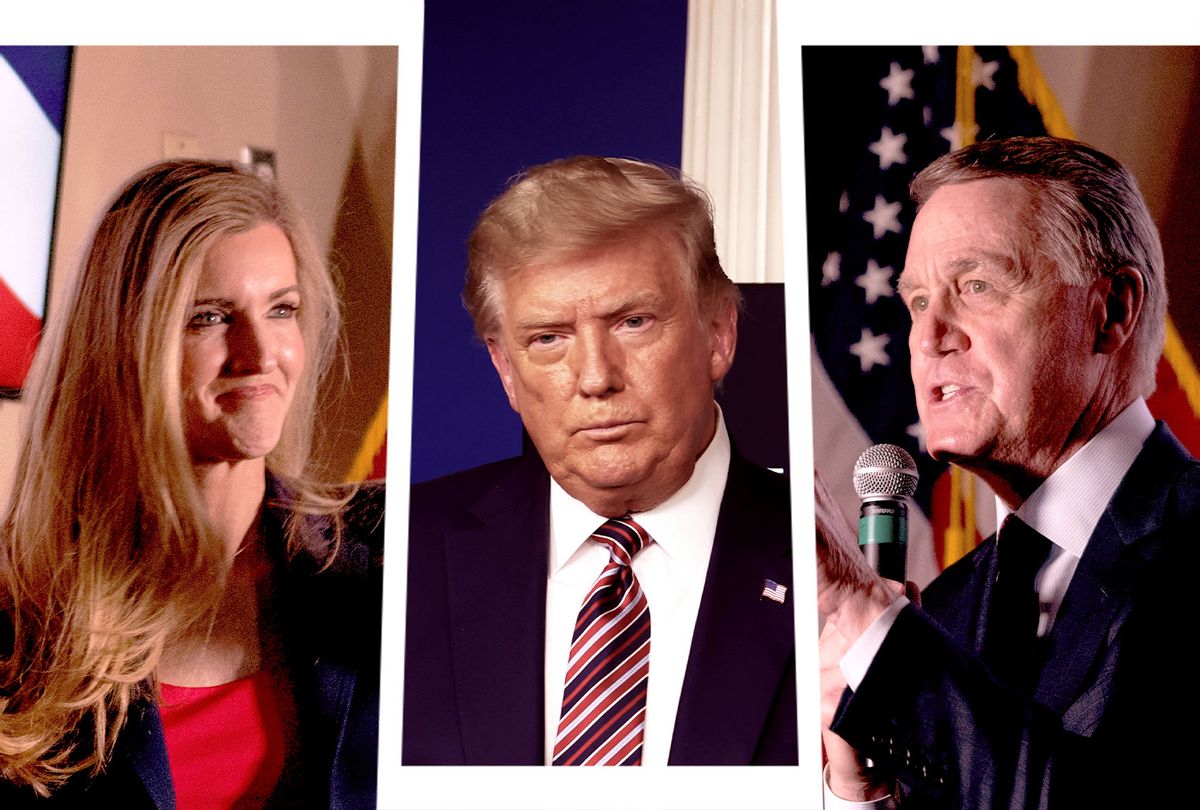 More than 100 business leaders who plan to ask the Trump administration to immediately allow the presidential transition to begin have also discussed cutting off donations to Senate Republicans facing runoff elections to force the party's hand.

The executives plan to send a letter on Monday demanding that Emily Murphy, the head of the General Services Administration, stop blocking President-elect Joe Biden's transition team's work, according to The New York Times.

"Every day that an orderly presidential transition process is delayed, our democracy grows weaker in the eyes of our own citizens and the nation's stature on the global stage is diminished," the executives said in a draft letter reviewed by The Times. "Withholding resources and vital information from an incoming administration puts the public and economic health and security of America at risk."

Some of the executives have "also discussed withholding campaign donations from the two Republican Senate candidates in Georgia unless party leaders agree to push for a presidential transition," according to the report.

At least one executive said on a Friday call that some wealthy donors had already been considering withholding support to Sen. Kelly Loeffler, R-Ga., and Sen. David Perdue, R-Ga.

The group includes executives at many top financial firms, including Accenture, Blackstone, and KKR. Blackstone CEO Steve Schwarzmann, a loyal Trump ally who spent $27 million this year backing the president and the Republican Party, did not join Blackstone President Jon Gray in signing the letter. He has issued a separate statement urging Trump to move on and accept defeat.

"The outcome is very certain today, and the country should move on," Schwarzman said in a statement to Axios. "I supported President Trump and the strong economic path he built. Like many in the business community, I am ready to help President-elect Biden and his team as they confront the significant challenges of rebuilding our post-COVID economy."

The effort appears to have been hatched by a group of Democratic state attorneys general, who urged New York Attorney General Letitia James on Thursday to approach business leaders about ways to compel the administration to stop blocking the transition, according to The Times.

Kathryn Wylde, the chief executive of the Partnership for New York City, told the outlet that James told the group that the attorneys general "thought that the New York business community" would "have influence in convincing Republicans around the country that this should be over, that the transition should be acknowledged and that it was a frightening proposition that this would remain unresolved."

James said in a statement in response to the report that "this isn't about partisan politics but about protecting our democracy."

"Without the rule of law and an orderly transfer of power, everything from commerce to health care delivery to national security is in peril, and our business leaders can see that as clearly as the rest of us," she added.

The big-money donors were joined by a group of more than 100 Republican former national security officials in calling for Republicans to pressure the administration. The group, which includes former Homeland Security Secretary Tom Ridge, former Defense Secretary Chuck Hagel, former CIA Director Michael Hayden and former Director of National Intelligence John Negroponte, called on congressional Republicans to demand that Trump concede the election and allow the transition to proceed.

"President Trump's refusal to permit the presidential transition poses significant risks to our national security, at a time when the U.S. confronts a global pandemic and faces serious threats from global adversaries, terrorist group and other forces," the group said in a statement obtained by The Washington Post, calling on "Republican leaders — especially those in Congress — to publicly demand that President Trump cease his anti-democratic assault on the integrity of the presidential election."

Ken Wainstein, a former assistant attorney general for national security under President George W. Bush and one of the organizers of the statement, told The Post that the group was motivated by the "disappointment that so many Republican leaders are abetting" Trump's effort to "undermine our election."

John Bellinger, a former State Department and National Security Council official under Bush and another organizer of the statement, said it was "shocking" that "congressional Republicans are allowing Trump to impugn the integrity of our elections."

Those concerns were echoed by Trump's former national security adviser John Bolton, though he did not sign the statement.

"The Republican Party is not going to be saved by hiding in a spider hole," Bolton told CNN on Sunday. "We need all of our leaders to come out and say, 'The election is over.' We're not talking about an abstract right for Trump to use his legal remedies. We've passed that."