Two cheers for the Never Trumpers: At least they're speaking up now

While most Republicans remain silent during Trump's coup attempt, don't brush off conservatives who've stood up 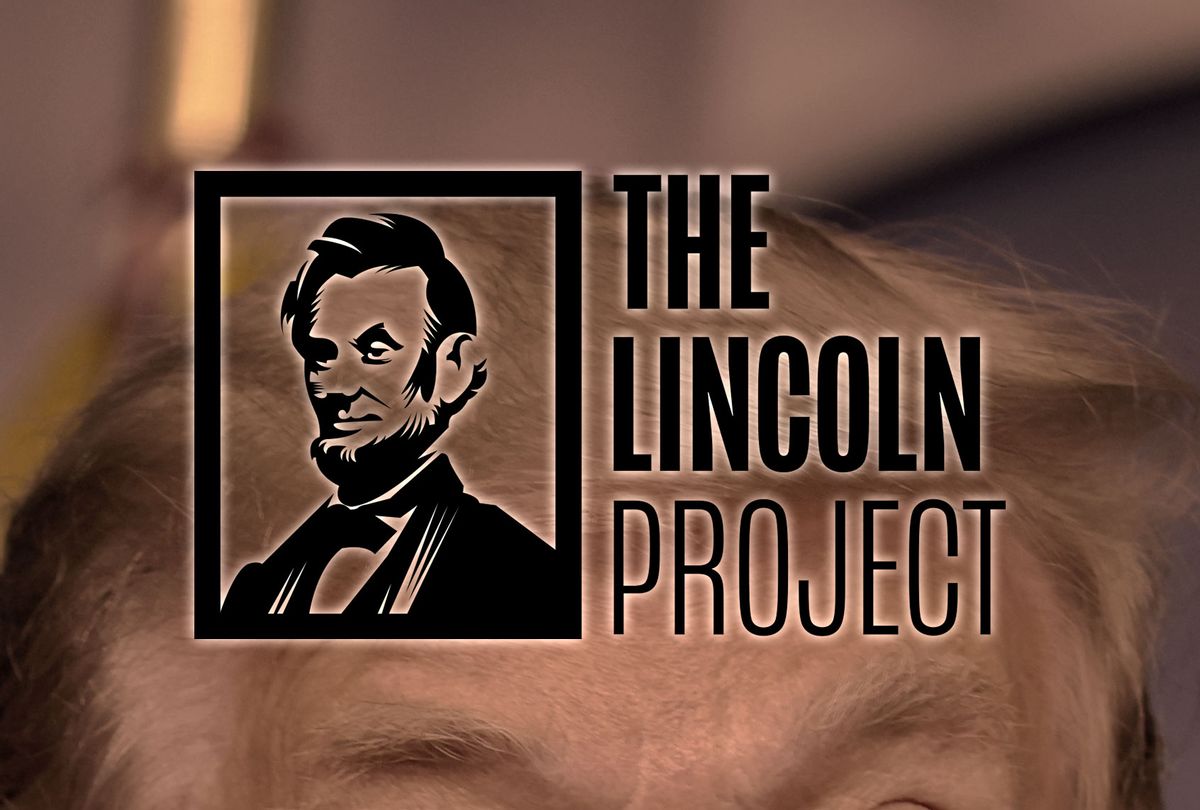 The lunatic antics of the Trump legal team continued unabated over this past weekend. After his mysteriously oozing press conference last Thursday, Donald Trump's personal lawyer Rudy Giuliani kept an uncharacteristically low profile. Jenna Ellis, his partner in the "elite strike force," took to Twitter to insult longtime Republican pollster Frank Luntz, accusing him of "micropenis syndrome," but beyond that she too stayed quiet. They left the public appearances to Sidney Powell, the member of the team best known as former national security adviser Michael Flynn's least competent attorney.

Powell made a Saturday appearance on Newsmax that was downright historic. She vowed to deliver a "biblical" voter fraud case this week in the state of Georgia, claiming there were massive pay-for-play kickbacks from voting machine companies to public officials, including Bernie Sanders and Georgia's Republican governor and secretary of state. The Trump faithful immediately began a campaign to boycott the Senate runoff races in January to pay back the GOP for failing their Dear Leader, which set off alarm bells in Washington.

On Sunday night, somebody apparently whispered in the Trump campaign's ear that they needed a human sacrifice to calm things down. So Giuliani and Ellis distributed a statement insisting that Powell was not on their team after all. It remains to be seen, however, if Trump will try to help get out the vote in Georgia. He's not known for helping anyone if it doesn't immediately benefit him.

Once again we've heard mostly crickets from the Republican establishment. A handful of senators, such as Lisa Murkowski of Alaska, Kevin Cramer of North Dakota and Lamar Alexander of Tennessee (who is retiring), have timidly stepped forward to say that maybe it might be best if the administration didn't try to pressure Republican officials to overturn a legal election. Some, like former New Jersey governor Chris Christie and Ari Fleischer, a White House press secretary under George W. Bush, have suggested ever so politely that Trump's legal team might not be up to snuff. But for the most part, Republicans have maintained their usual passivity in the face of Trump's latest assault on democracy.

There are some erstwhile Republicans who are becoming apoplectic however: the Never Trumpers. This post-election gambit is driving them ever farther from their former party. I'm now doubtful they will ever find their way back.

We've all observed the usual suspects among this crowd throughout the campaign, from the Cicero of Never Trumpers, Steve Schmidt, to the cutting wit of Rick Wilson and the soulful self-analysis of Stuart Stevens (whose political memoir "It Was All a Lie" is one of the rawest mea culpas I've ever read.) There are plenty of others, and they understandably inspire a lot of cynicism and suspicion among liberals and leftists. Their life's work, after all, was electing Republicans and laying the groundwork for Donald Trump.

But thanks to social media we are watching the veil fall from their eyes in real time. I find that fascinating because it's just so rare to see anyone in politics ever change their minds, much less people whose careers have been built around not doing so. Take, for example, this incredible Twitter thread from Michael Gerson, a conservative evangelical Christian, former Heritage Foundation fellow, and speechwriter and foreign policy adviser to George W. Bush. He now writes opinion pieces for the Washington Post and has been appalled by Trump from the beginning. But until recently, Gerson has resisted the idea that the Republican Party itself is corrupt. On Sunday he tweeted:

We are witnessing the attempt by an American president to maintain power by overturning a fair election. We are seeing the persecution of public officials for the crime of doing their evident duty. And we are seeing most GOP legislators become bystanders or cheerleaders during a frontal attack on American ideals.

It is a good thing we are wearing masks, because the stench of GOP hypocrisy is overwhelming. ..

Elected Republicans who speak of patriotism can't be bothered to speak up for American traditions, beliefs and institutions...Those who frown but say nothing are especially disgraceful. Knowing better does not exculpate, it incriminates.

Their conscience has ceased to be a guide and become an accomplice. At some point, patience with iniquity becomes complicity.

We are not asking much of elected Republicans. The fear of being targeted by a presidential tweet and gaining a primary opponent is real enough. But it is hardly the risk of a young soldier on D-Day, or a protester at a segregated lunch counter.

I like many Republican members of Congress. But those who sacrifice their ideals to the ambitions and insecurities of a single corrupt ruler have ceased to serve the country. Their failure to defend democracy at this moment of testing can't be excused and won't be forgiven.

That is quite an indictment. Then Gerson concludes, "I know this judgment is harsh. But I am angry with elected Rs because I believed in many of them. Because I know they can be better. Losing a public office is ultimately a small matter in the soul's long adventure. And losing office in a just cause is one of history's honors." He asks them to remember who they are.

In fact, those people have showed who they were by collaborating with Donald Trump for the past four years in order to maintain power and achieve their own goals by exploiting his ignorance, ineptitude and depravity. The years before that were little better as they cynically obstructed every move by Barack Obama and acted in bad faith over and over again.

A few spoke out against Trump and retired or left the party, people like Sen. Jeff Flake of Arizona, Sen. Bob Corker of Tennessee and Rep. Justin Amash of Michigan. But most of them cynically took advantage of the power Trump conferred and offered cover for his obvious unfitness for their own ends.

The Republican Party has been dedicated to the degradation of American democracy for a very long time. Its commitment to total obstruction and the delegitimization of their opponents was laid out in detail by former House Speaker Newt Gingrich many years ago. The will to power was never hidden and the methods Gingrich employed were right out in the open. Once the racists and the nationalists all gathered in one party, Trumpism — with or without Donald Trump — became inevitable.

It would be easy to dismiss the Never Trumpers outright and tell them to take a hike for having been part of this degradation of our politics. I think that's foolish. Whatever they may have done to contribute to what the GOP has become, they were not willing to take that final step and submit to the insanity of Donald Trump. That's not something you can say about the rest of the Republicans in power, who will still be here after Trump is gone and will be more powerful than ever, having discovered that there are no limits, no boundaries and no consequences.

People like Gerson and the Lincoln Project, their own former colleagues, are holding a mirror up to the Republican Party and showing them what they have become. That is a valuable thing and they seem to be serious about continuing that project:

As we can see with the Republican establishment's acquiescence to Trump's crude but dangerous attempts to overturn the election and Mitch McConnell's determination to sabotage the incoming Democratic administration, this isn't over. Donald Trump isn't the real problem. His army of cynical enablers is. If the Never Trumpers want to devote themselves to fighting them, I'm certainly not going to wave them away. It's a dirty job, but somebody's gotta do it.