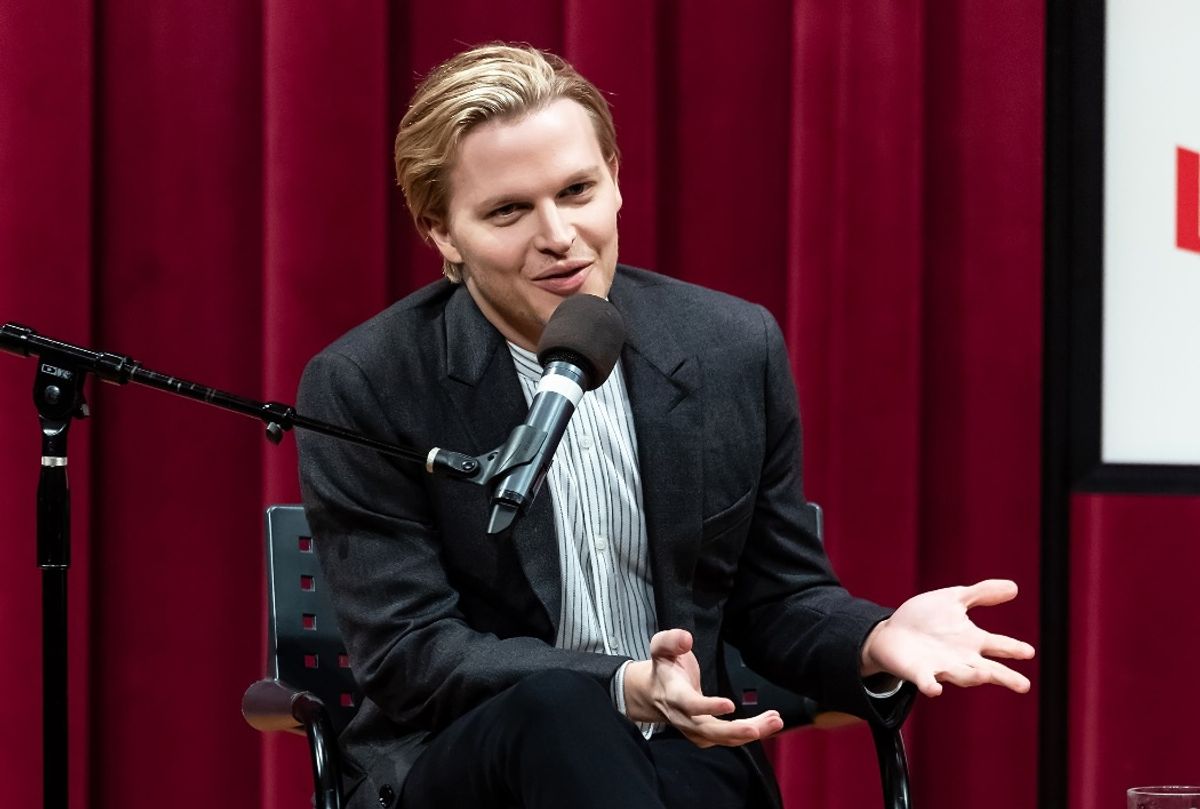 Journalist and author Ronan Farrow speaks on stage during a discussion of the book "Catch And Kill: Lies, Spies, And A Conspiracy To Protect Predators" at Free Library of Philadelphia (Gilbert Carrasquillo/Getty Images)
--

Ronan Farrow's "Catch and Kill" audiobook, in which details how he broke the Harvey Weinstein story, earned a Grammy nomination for best spoken word album on Tuesday.

Farrow won the 2018 Pulitzer Prize for public service for his reporting in The New Yorker. Fellow nominees in the spoken word album category are "Acid for the Children: A Memoir" by Flea, "Alex Trebek – The Answer Is" by Ken Jennings, "Blowout Corrupted Democracy, Rogue State Russia, and the Richest, Most Destructive Industry on Earth" by Rachel Maddow and "Charlotte's Web (E.B. White)" by Meryl Streep and cast.

Despite receiving positive reviews for the subject matter and impact on Hollywood and the #MeToo era, the audiobook featured some unintentionally strange accents from Farrow that picked up attention on social media upon its release.

In the audiobook, Farrow does impressions of President Trump and actor Rosie Perez, including Ukrainian and Australian accents.

"In my last book, I got some criticism for not differentiating the voices enough. I did work as an anime voice actor earlier in my career in a small way, and it was important to me to do as much justice as possible to the really brave characters," Farrow told Variety in an interview last year. "We did a very careful, respectful job, and gave a lot of thought to making sure that those voices were differentiated in a way that would help the reader, and captured a little bit of who those people were. But also weren't full impersonations; it's sort of at the halfway mark. I'm not an actor. But we wanted to make sure that it was imbued with a sufficient amount of character that these people came across in a full, well-rounded way."

Previous winners in the spoken word category include Michelle Obama's "Becoming," Carrie Fisher's "The Princess Diarist," Carol Burnett's "In Such Good Company: Eleven Years of Laughter, Mayhem, and Fun in the Sandbox," and President Jimmy Carter's "A Full Life: Reflections at 90."