Consider the wishbone: What we can learn from a Thanksgiving turkey's bones

It started almost 3,000 years ago with the Etruscans, who believed birds could foretell the future

By Roy A. Meals 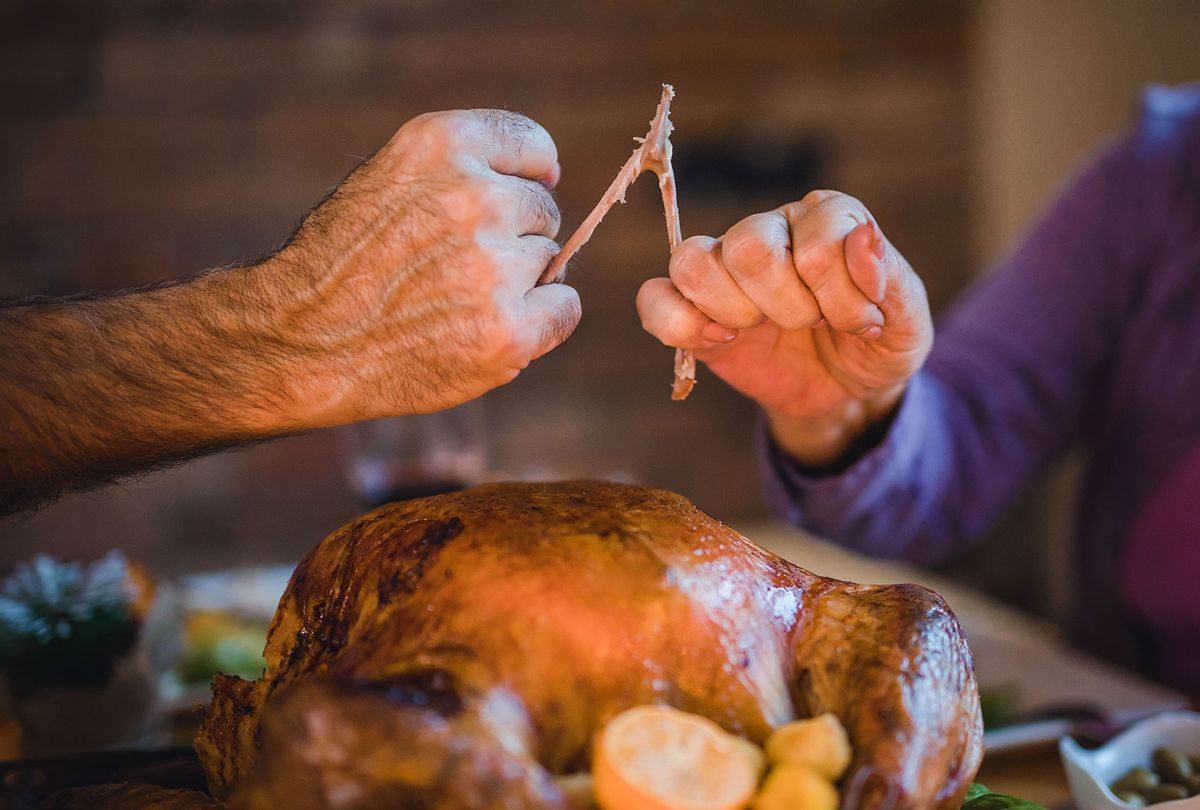 Even though most extended-family Thanksgiving get-togethers will be curtailed this year, any interesting holiday-related facts that you can share via Zoom will soften the disappointment. Of course, turkey, dressing, gravy, and cranberry sauce traditionally define the holiday feast, but for bone lovers, it is the leftovers that offer material for the best conversations and lasting memories.

It started almost 3000 years ago with the Etruscans, who lived in what is now central Italy. They believed that birds, especially geese, could foretell the future. Among other rituals, the Etruscans would sun-dry the V-shaped bone from the bird's neck and preserve it, hoping that it would retain some of the fowl's magic powers. They would stroke the bone and make a wish—hence the origin of the bone's common name, wishbone.

The Romans adopted many Etruscan customs and called this bone furcula (little fork). In the course of seeking good fortune, they squabbled over wishbones and broke them. The loser likely skulked away muttering, "I never get a lucky break." Winners or losers, the Romans carried this custom to England; and by 1607 a wishbone there was called a "merrythought," because the bone-breaking contestant with the longer end would soon be married.

The Scots took this merry thought further by drilling a hole through the flat part of the wishbone and then straddling it over the bridge of a girl's nose. The number of tries she needed to successfully pass a thread through the hole while balancing the bone was the number of years until she would be married. (I guess the Scots considered good near vision a favorable trait in a wife.)

The Europeans settling America transferred the fortune-telling capabilities of European fowl to a bird unique to the New World—the turkey, which indigenous people in central Mexico had domesticated several thousand years previously. Over time, domesticated turkeys became less able to fly; yet the wishbone remained, although now functionless.

For birds that still fly, what advantage does the springy wishbone offer? To answer that, a group of curious scientists gathered some starlings, placed them in a wind tunnel, and let them fly against a current of air while remaining stationary with respect to the outside world. The researchers rigged up an X-ray machine and took images of the birds while they flew in place. With every powerful down stroke of the wings, the ends of the starlings' wishbones moved apart, thereby storing energy. Then with the recovery upstroke, the wishbones sprung back to their resting shape, which made flying more efficient. To get a sense of this motion, put your fists near your collar bones and "flap your wings." Your fists naturally move apart as you bring your elbows to your side and separate from one another as you lift your elbows. (Please practice this before demonstrating on Zoom.)

In fact, the wishbone consists of both collar bones, but fused together. It is absent in mammals and some birds, including toucans and owls. These birds and also bats can fly just fine, so it is not an absolute requirement.  Cranes and falcons do have wishbones, although they are rigid and cannot aid flying, but they may facilitate breathing. Some dinosaurs, including Tyrannosaurus rex, had wishbones. In T rex's case, it was rigid and over a foot long, so it probably did not engender many merry thoughts. (Humans weren't around then anyway.)

Beyond breaking the wishbone and boiling the carcass to make stock, turkey bones offer several intriguing possibilities. For instance, every child should have the opportunity to see that bone, the world's best building material, has a composite structure. A dense meshwork of protein fibers (collagen) gives the bone some resiliency so that it does not shatter every time we bump ourselves. Calcium crystals are deposited on this flexible meshwork, which makes bone resistant to getting pressed flat, in other words, resisting gravity, which allows us to walk and birds to fly. It is similar to a stucco wall—plaster on lathe, but much better. If the wall cracks, however, it cannot repair itself. Bone can and does. It's amazing.

Bone's composite structure is easily demonstrated by two simple kitchen experiments. Take several of the turkey's longer leg or wing bones, scrape the last bits of meat from them, place them in a jar, and fill it with vinegar. Change the vinegar in about a week and let the bones soak some more. The vinegar is a weak acid and will dissolve the calcium out of the meshwork. This leaves a bone that you can easily bend and twist. To demonstrate the other part of the composite, heat some more bones for several hours in the oven at about 200 degrees. This destroys the flexible protein meshwork and leaves just the calcium. The bone is now quite brittle and will snap easily, like a stick of chalk.

The final turkey-bone project for bone lovers results in a musical instrument, well, maybe, noisemaker or squawker better describes it. Native Americans began making wing bone turkey callers at least 6500 years ago, and modern hunters claim that this device is more effective in drawing curious turkeys into range than the commercially available callers.

If you soaked, boiled, or baked all of your turkey's limb bones, Etsy can provide more of them--clean, dry, and white. The upper arm and the two forearm bones are nearly cylindrical tubes, but not exactly. Each of these bones is slightly larger at one end than the other. After sawing both ends off of all three bones and then forming the smaller end of each a bit with a fingernail file, the three bones can be assembled into a tube with the ends slightly overlapping. Before gluing them together, take a coat hanger wire and clean out the bones' interiors. To call your first turkey, place the small end of this "trumpet" between your lips; but rather than puffing out, make a quick series of kissing sounds. While doing so, open and close your cupped hands around the caller's open end to vary the resonance, pitch, and intensity of the sound, which is best described as a yelp. (YouTube videos are available to help you.)

For those who dine this month on tofu turkey and who are averse to the idea of using an animal part to hunt the original owner's offspring, a plastic straw makes a pretty good yelper too.  Try it. Between that and simulating the action of a wishbone, you will delight everyone on your holiday Zoom call and make it memorable. Happy Thanksgiving.

Roy A. Meals, M.D., is the author of "Bones: Inside and Out" (W.W. Norton, October 2020). A clinical professor of orthopedic surgery at UCLA and the author of several medical books, he has practiced, researched, and taught hand surgery for forty years.

MORE FROM Roy A. Meals