"Legislators are considering a bill that would let drivers off the hook for mowing down protesters." 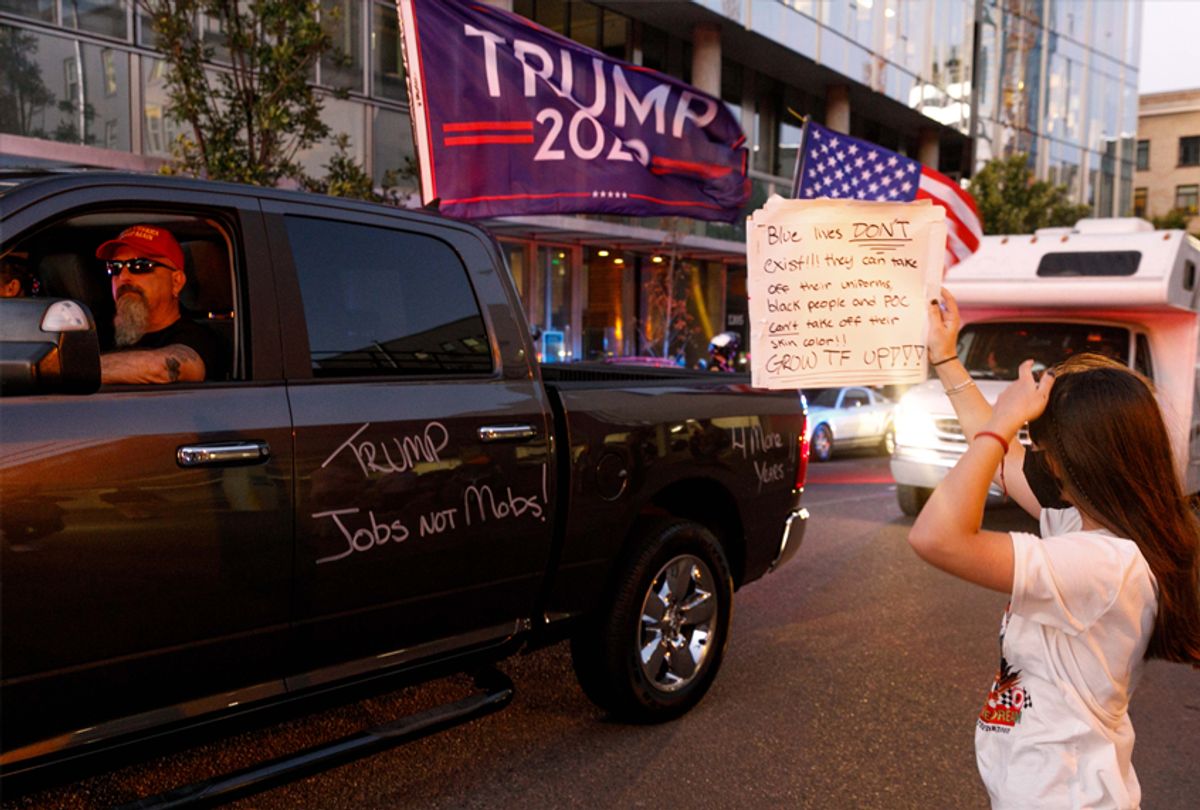 Utah lawmakers are being condemned this week for advancing a bill with provisions penalizing demonstrators who obstruct traffic during a "riot" while absolving any driver who injures or kills a protester, as long as the motorist was fleeing in fear of their life, which critics denounced as an attempt to legalize running people over.

John Hawkins, the Republican lawmaker who introduced the bill that the state legislature will consider during its upcoming general session, claimed that he doesn't "think that purposefully using your vehicle to cause bodily injury is a normal situation that falls into this bill."

But William Carlson, chief criminal justice policy adviser for the Salt Lake County District Attorney's Office, pointed out that "creating a criminal defense for drivers" would make it "much more complicated" to prosecute drivers such as James Fields, the "white supremacist who in 2017 plowed his car into a crowd of  peaceful anti-racist protesters in Charlottesville, Virginia," killing Heather Heyer.

That's because Fields might have qualified "for the legal defense proposed by Hawkins" if it were deemed that he was "fleeing from a riot and 'under a reasonable belief' that he [was] in danger of serious injury or death," the Salt Lake Tribune reported.

Tribune cartoonist Pat Bagley quipped that "Utah legislators are considering a bill that would let drivers off the hook for mowing down protesters."

Critics say that decriminalizing vehicular homicide in some instances, as state legislators have proposed, might encourage violence against protesters, especially given that, as the ACLU's Marina Lowe put it, "one person's protest is another person's riot."

Utah legislators' lenient position on deadly car attacks is related, some observers noted, to their disapproving views on civil disobedience. Carlson argued that the bill would "create an affirmative defense for... individuals who may disagree with the protests."

"The legislation... would also make it a third-degree felony to obstruct traffic during a riot," the Tribune reported. "Protesters found guilty of the offense could face up to five years in prison."

According to the newspaper, the bill is "drawing opposition from prosecutors, defense attorneys, and civil liberties advocates," who argue that it would criminalize "one of the defining features of American protests."

While Utah law already prohibits obstructing a roadway or sidewalk, Hawkins' bill would elevate this behavior to a felony if it's part of a riot. State statute considers a riot to be a gathering of people who are engaging in "tumultuous or violent conduct" that can cause public alarm, and defense attorney Mark Moffat told lawmakers that a broad interpretation of this definition could encompass almost any demonstration.

Demonstrations "often involve hundreds, sometimes thousands, of individuals who are marching down the street in protest of a particular event that occurred in our community or nationally," Moffat said.

If this bill were passed into law, Moffat added, "Every single one of those people could be charged with a felony."

Bagley captured what he considers the reactionary nature of the Utah bill in a cartoon.

"Instead of addressing systematic problems in our society that led to protests of last summer," one critic tweeted, "GOP lawmakers want to increase penalties for dissent, while allowing motorists to run over protesters with no legal sanction."