How Biden and Kerry could rebuild America’s global climate leadership

The Trump administration prevented the U.S. from leading climate initiatives — Biden and Kerry could change that 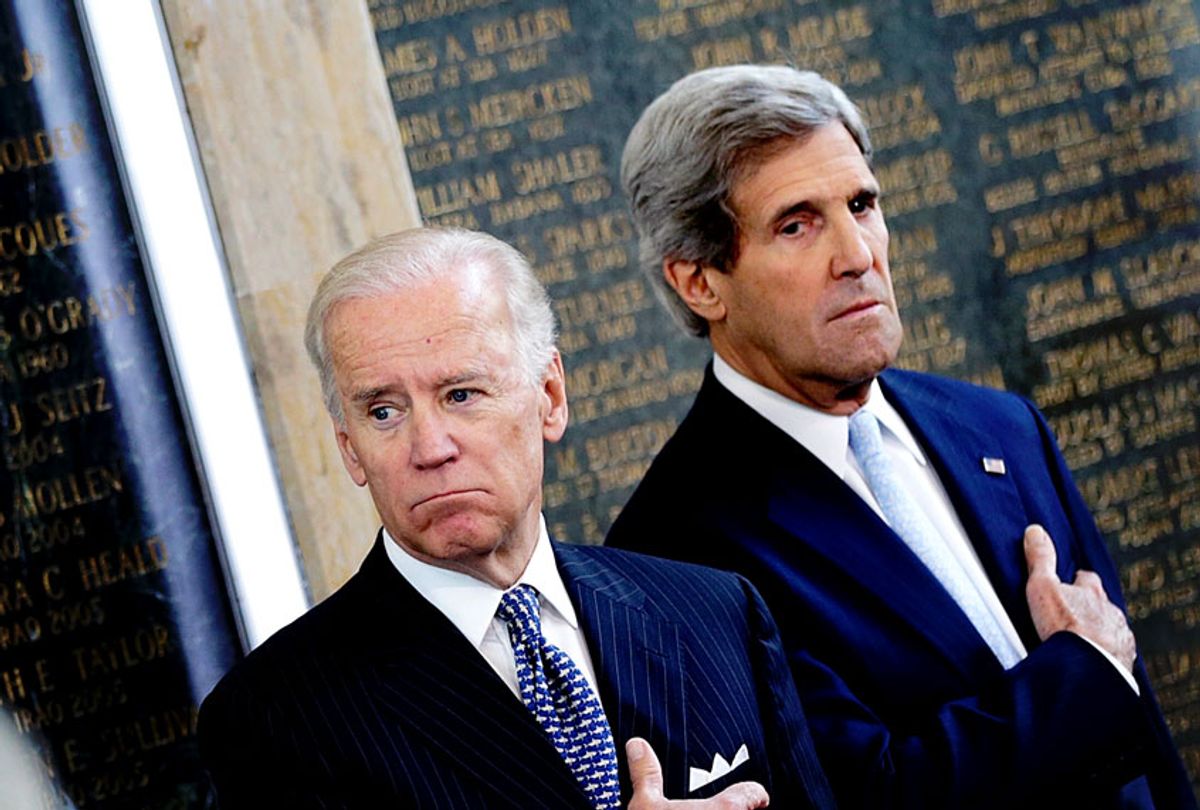 John Kerry helped bring the world into the Paris climate agreement and expanded America's reputation as a climate leader. That reputation is now in tatters, and President-elect Joe Biden is asking Kerry to rebuild it again — this time as U.S. climate envoy.

It won't be easy, but Kerry's decades of experience and the international relationships he developed as a senator and secretary of state may give him a chance of making real progress, especially if that work is conducted in the spirit of mending relationships rather than "naming and shaming" other countries.

Over the past four years, the Trump administration pulled the U.S. out of the international Paris Agreement on climate change, rolled back policies that were designed to cut greenhouse gas emissions, and tried to prevent any discussion of climate change at international gatherings like the G-7 and G-20 summits.

The international community, meanwhile, largely moved forward. Many countries and regions have pledged to move their economies toward "net zero" greenhouse gas emissions by the middle of the century, including China, the European Union, South Korea and Japan. An increasing number of cities and states have set similar goals. Trump's hard-line stance may have actually emboldened some, notably China, to make such announcements.

Getting those pledges implemented is what matters now, and that will require leadership, detailed planning and careful diplomacy. The U.N. climate conference in November 2021 will be special. It will be the first time countries will evaluate their progress on the Paris Agreement, and they will be expected to strengthen their commitments. Biden has already signaled that he will bring the U.S. back into the agreement as soon as he takes office.

As energy policy experts who have been involved in international climate policy for over two decades, we have watched how countries responded to U.S. involvement, and how their views of America's ability to lead the world dimmed over the past four years.

The U.S. is the second largest greenhouse gas emitter worldwide after China. It is also the largest emitter historically. Concrete domestic action to reduce those emission will be critical to regaining trust and standing on the global stage.

Energy is at the center of the climate challenge

The effects of climate change are already evident across the globe, from extreme heat waves to sea level rise. But while the challenge is daunting, there is hope. Solar and wind power have become the cheapest forms of power generation globally, and technology progress and innovation continue apace to support a transition to clean energy.

In the U.S. under a Biden administration, long-term national climate legislation will depend on who controls the Senate, and that won't be clear until after two run-off elections in Georgia in January.

But there is no shortage of ideas for ways Biden could still take action even if his proposals are blocked in Congress. For example, he could use executive orders and direct government agencies to tighten regulations on greenhouse gas emissions; increase research and development in clean energy technologies; and empower states to exceed national standards, as California did in the past with auto emission standards. A focus on a just and equitable transition for communities and people affected by the decline of fossil fuels will also be key to creating a sustainable transition.

The U.S. position as the world's largest oil and gas producer and consumer creates political challenges for any administration. U.S. forays into European energy security are often treated with suspicion. Recently, France blocked a multi-billion dollar contract to buy U.S. liquefied natural gas because of concerns about limited emissions regulations in Texas.

Strengthening cooperation and partnerships with like-minded countries will be critical to bring about a transition to cleaner energy as well as sustainability in agriculture, forestry, water and other sectors of the global economy.

How the world recovers from COVID-19's economic damage could help drive a lasting shift in the global energy mix.

Nearly one-third of Europe's US$2 trillion economic relief package involves investments that are also good for the climate. The European Union is also strengthening its 2030 climate targets, though each country's energy and climate plans will be critical for successfully implementing them. The Biden plan — including a $2 trillion commitment to developing sustainable energy and infrastructure — is aligned with a global energy transition, but its implementation is also uncertain.

Once Biden takes office, Kerry will be joining ongoing high-level discussions on the energy transition at the U.N. General Assembly and other gatherings of international leaders. With the U.S. no longer obstructing work on climate issues, the G-7 and G-20 have more potential for progress on energy and climate.

Lots of technical details still need to be worked out, including international trade frameworks and standards that can help countries lower greenhouse gas emissions enough to keep global warming in check. Carbon pricing and carbon border adjustment taxes, which create incentive for companies to reduce emissions, may be part of it. A consistent and comprehensive set of national energy transition plans will also be needed.

The global shift to clean energy will also have geopolitical implications for countries and regions, and this will have a profound impact on wider international relations. Kerry, with his experience as secretary of state in the Obama administration, and Biden's plan to make the climate envoy position part of the National Security Council, may help mend these relations. In doing so, the U.S. may again join the wider community of countries willing to lead.